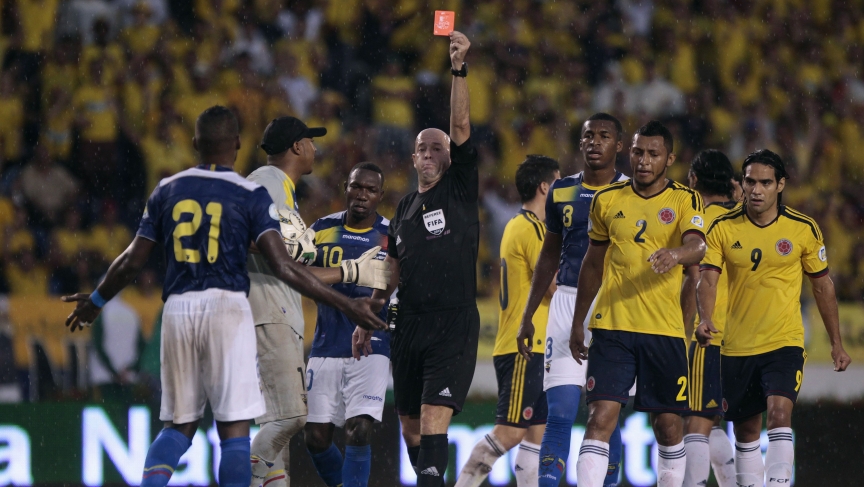 Match-fixing is a widespread problem in soccer. But I don’t think the 2014 World Cup will be affected or rigged in any way. The stakes are too high for all involved to let that happen.

The evidence reported by the New York Times that match-fixing took place in the run up to the last World Cup in South Africa is compelling.  But it’s a very different situation once soccer’s top global tournament gets started.

According to a FIFA investigation quoted by the Times, a Singapore-based gambling syndicate managed to convince South African soccer officials to let it (the syndicate) assign its own corrupt referees to certain friendly matches ahead of the 2010 Cup.

At least one of those officials appeared then to make questionable calls designed to meet the objectives of gamblers in Asia, who were betting on the game’s outcome.

Similar match-fixing has been uncovered in countries like Germany and Italy. The gamblers don’t care so much who wins the game, but typically bet on whether a winning team beats the spread (wins by more than a certain number of goals) or on how many total goals are scored in the game.

So the problem exists, is serious, and needs to be dealt with firmly by soccer officials around the globe.

But things are definitely different when official World Cup games are involved. There is no evidence that any World Cup match has been rigged or fixed. Nor is there evidence that World Cup qualifying matches have ever been manipulated.

What there is, according to that New York Times investigation, is evidence that friendly matches were rigged ahead of the 2010 World Cup.  All nations that qualify for any World Cup play such friendly matches ahead of the tournament itself, as a way to warm up for the big event.  These “friendlies” are taking place right now all over the globe, as teams prepare for the Cup in Brazil.

But as the name implies, “friendlies” are not considered a real contest.  They are warm-ups and nothing more. While it’s bad news that these matches appear vulnerable to match-fixing, I don’t believe this means the World Cup itself is at risk of being rigged.

As far as the players are concerned, most participants are well paid for their efforts. They receive bonuses to participate. So the incentive for a player to accept a bribe is diminished.

As for the referees, they make far less than the players.  So in theory they could be more susceptible to bribery. But the referees are under a very bright spotlight at the World Cup. At every tournament, FIFA reviews referee decisions in minute detail after each game. Officials who make questionable calls are often dismissed, never to referee another World Cup game again.

In the past, this system has been seen as a way to prevent bad calls, not corruption.

But I’m sure this time around, in Brazil, FIFA’s World Cup organizers will be keeping a very close eye on the referees and the players.  This tournament is FIFA’s cash cow. And with all the controversies swirling around it, soccer’s governing body cannot afford another misstep.