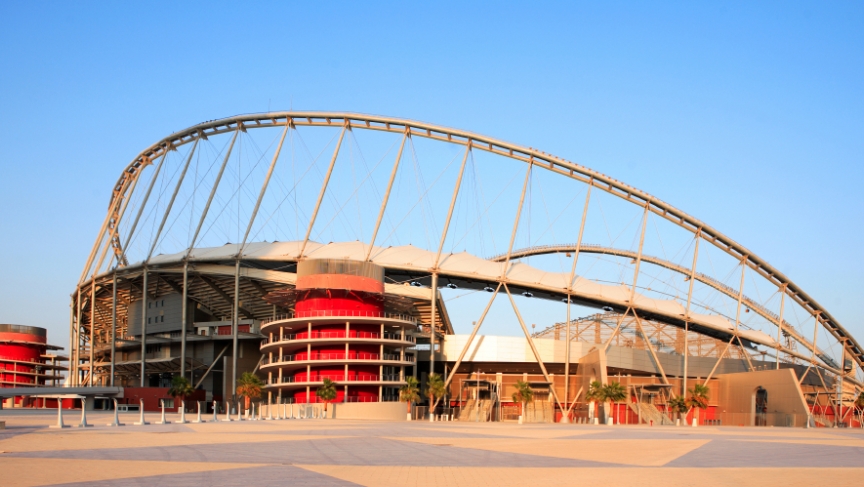 It's getting hot in Qatar, and it's not just the mercury rising.

Allegations of corruption surrounding the 2022 World Cup tournament in Qatar surfaced on Sunday.

Britain's Sunday Times reported a number of soccer officials took $5 million in return for support of the Qatari bid.

The head of the Asian Football Confederation (AFC) has expressed "grave concerns" over the allegations.

Even without this latest turn of events, however, the choice of the extremely wealthy Gulf state to host the world's biggest single-event competition is looking more and more like a bad idea.

There is the country's searing summer heat, which in June and July regularly reaches 120ºF, posing health risks to players and fans.

But there is also the issue of the working conditions for the migrant laborers building Qatar's World Cup infrastructure.

Thousands of men from Africa and Asia are being deployed to build roads, hotels and the eight stadiums.

The Qatari government's own figures show that nearly 1,000 migrants, from Nepal, India and Bangladesh, died in 2012 and 2013.

The figures suggest that in 2012 alone, 246 died from "sudden cardiac death."

Another 35 died in falls and 28 committed suicide.

Compare that to Brazil's World Cup where there have been eight deaths in the construction of World Cup venues.

Jim Murphy, a British Member of Parliament from Scotland, visited Qatar in April to meet with foreign workers and he wrote about his experience in Britain's Guardian newspaper.

"There is what's called the 'kafala' system in Qatar and across the Gulf where effectively the employer owns you," Murphy told The World. "You can't move. This employer illegally takes passports so the [worker] can't leave the country."

Hundreds of thousands of Qatar's foreign workers live cramped conditions in camps. Many are not paid for months.

“I met a man from Kenya who had a 6-year-old son," Murphy said. "He hadn’t been back to Kenya for five years because his employer had taken his passport. His employer then left Qatar with his passport. [The Kenyan] couldn't travel home and he couldn’t work again.”

Murphy said that FIFA should have insisted that human rights issues were addressed before giving the event to Qatar.

"It'd be very difficult to cheer on your team when you know that the stadiums have been built off the blood of migrant workers," he said.