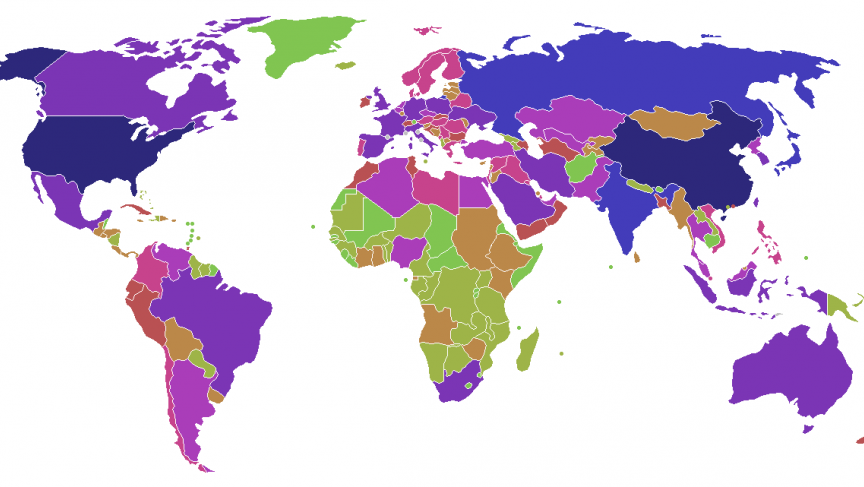 Today, President Obama proposed a plan that some quickly labeled as "historic," that would cut carbon dioxide emissions from power plants in the US. But many say his real target is outside the country.

"It's great news for the global efforts to tackle climate change," says Ailun Yang, a climate and energy expert at the World Resources Institute in Washington, DC. "And, of course, it will put a lot of new pressure and encouragement on China to be more aggressive."

Obama's plan — in the form of a new Environmental Protection Agency regulation — would set a 2030 goal of reducing power plant CO2 emisions by 30% from 2005 levels. The aim is to reduce the carbon pollution linked to global warming.

US power plants are the country's largest single source of greenhouse gases and, overall, the US is the second largest contributor to global warming on the planet. Right behind China.

Yang says China will be paying close attention to Obama's challenge to reduce CO2 emissions by 30%. "China will be gathering their best analysts to study very closely the technical details of the new rules to understand the level of ambitions that these new rules signify."

She hopes it will usher in a new phase in US-China relations that will be a model for others. "When countries work together and are able to produce evidence of the benefits of tackling climate change, then other countries become even more confident of doing so, especially when it involves the world's two largest economies. That really starts the world on a very positive track."

International agreements on climate change have been hampered for many years. And Yang says one reason was the difficult dance between China and the US over who should take the first big steps to cut emissions. Developing countries, like China, have resisted rules that might limit their growth. And the US was faulted for not setting a real example.

Yang says the breakthrough is that China and the US now see clean energy as a key to economic competitiveness. "These countries do understand that tackling climate change could bring long-term benefits. So it's also about watching each other and trying to see whether I'm behind on some of these actions and maybe missing out to get new competitiveness [in] the new climate economy."

China could react to the US announcement with a couple of positive moves, according to Yang. First, “there's speculation China may, for the first time ever, declare a 'peak year.'" Officials would name the year when Chinese carbon emissions are expected to peak, and then set that year's level of CO2 emissions as the benchmark for lowering emissions.

The second move would come when China announces its next five-year plan, covering 2016-2020. Yang says she expects China to introduce measures to control national coal consumption — among the dirtiest of carbon fuels — and “if that's the case, it will be very positive news for the global climate effort.”