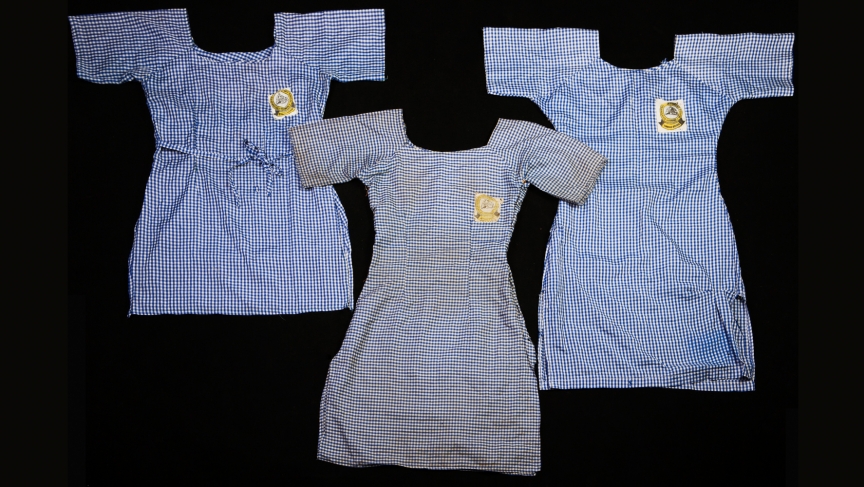 Chibok girl's school uniforms from three of the kidnapped girls.

The story of Nigeria's abducted schoolgirls is global news, with plenty of images of protests in Nigeria and beyond.

But there has been little discussion of who the girls actually are as teenagers, daughters, sisters and friends.

Glenna Gordon watched some of the bring-back-our-girls protests in Lagos and Abuja, Nigeria and saw that personal dimension was missing.

She decided it was too dangerous to travel to the girls' home town - Chibok.  But she managed to reach out to the teens' parents and ask them to lend her some of the girls possessions - their notebooks, school uniforms and letters.

Gordon's photos of the items are evocative.

You can see them all in the LENS blog at the New York Times. The images are stark. But the details tell a lot.

A handwritten note from a teenager to her in-laws.

"I really wanted to get at who these girls are and what their lives are like," Gordon says. "I felt really frustrated with some of coverage, there was so much coverage of the protesters and so much coverage of which celebrities were holding up the 'bring back our girls' signs.  I just wanted to cover the girls."

Gordon has sent the items back to Chibok, with her greetings and her thanks.