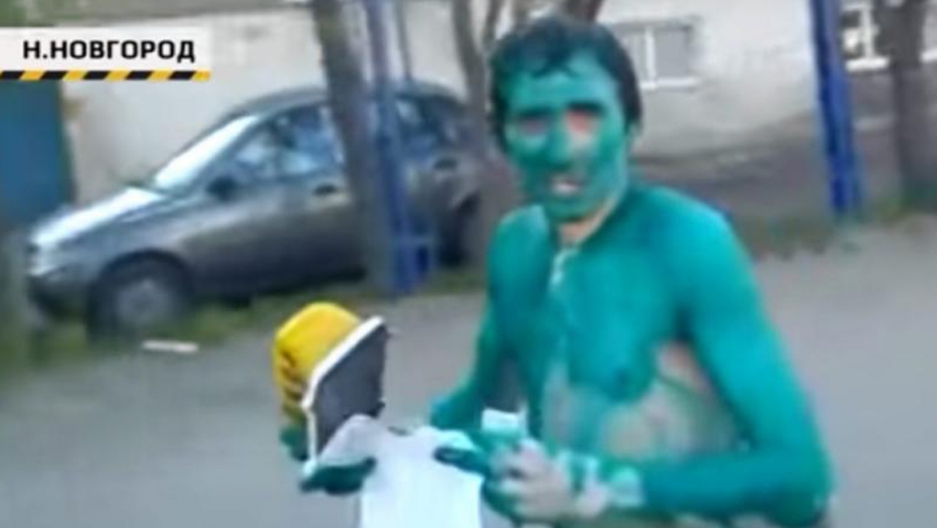 Dodge your taxi fare in Russia and you could find yourself naked and covered in blue paint.

Cab drivers in the western Russian city of Nizhny Novgorod have taken the issue of fare dodgers into their own hands, forcing anyone who refuses to pay to strip naked, cover themselves in blue paint and stick a sign on their back.

They're then released onto the streets for what can only be a truly humiliating walk home.

The drastic move was sparked by an epidemic of fare dodgers trying to get free rides across the city, according to Metro. Cabbies in other areas of Russia are lauding their colleagues' actions, but many residents call them hooligans and vigilantes.

Some painted victims have even protested against the unusual form of punishment, which you can watch here:

Every city with a major transit system has its fare dodgers. Many cities, such as New York, consider it a top policing priority and impose large fines and other penalties.

In Stockholm, turnstile-jumping has become a form of organized rebellion. Fare dodgers there have banded together to form a group known as Planka.nu, which covers any fines in exchange for a monthly fee as part of a continuing protest against transit fares.

The idea is now  catching on in France, where fare dodgers cost the transit system in Paris a record 100 million euros in 2013.