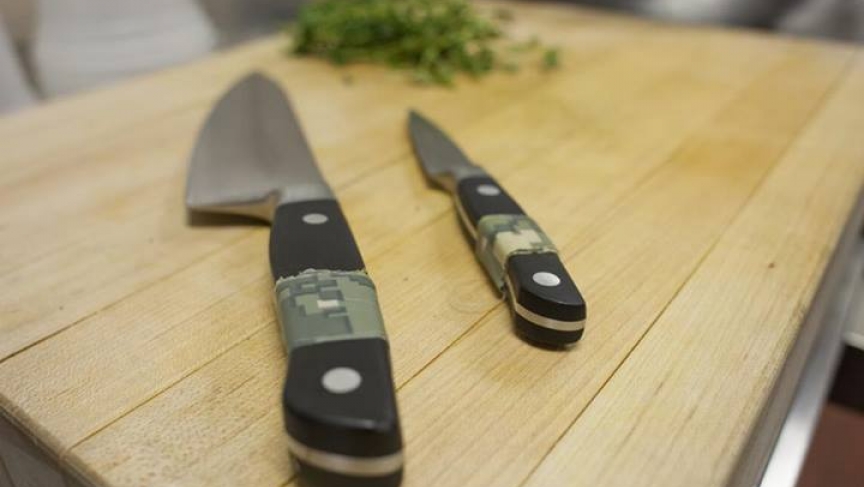 US Army vet and chef-to-be Matthew Gates wraps his set of kitchen knives in camouflage tape.

For many US soldiers returning from Afghanistan and returning to civilian life, the transition can be challenging.

Matthew Gates's newest mission is cooking. He's enrolled at the Culinary Institute of America. The reason he wants to be a chef, he says, is because he's always had a personal connection to food.

"I enjoy cooking," Gates says. "I enjoy making people happy through the food that I make. You know, when I was younger I would be working in the kitchen at my Mom's house at Thanksgiving, it was always there." 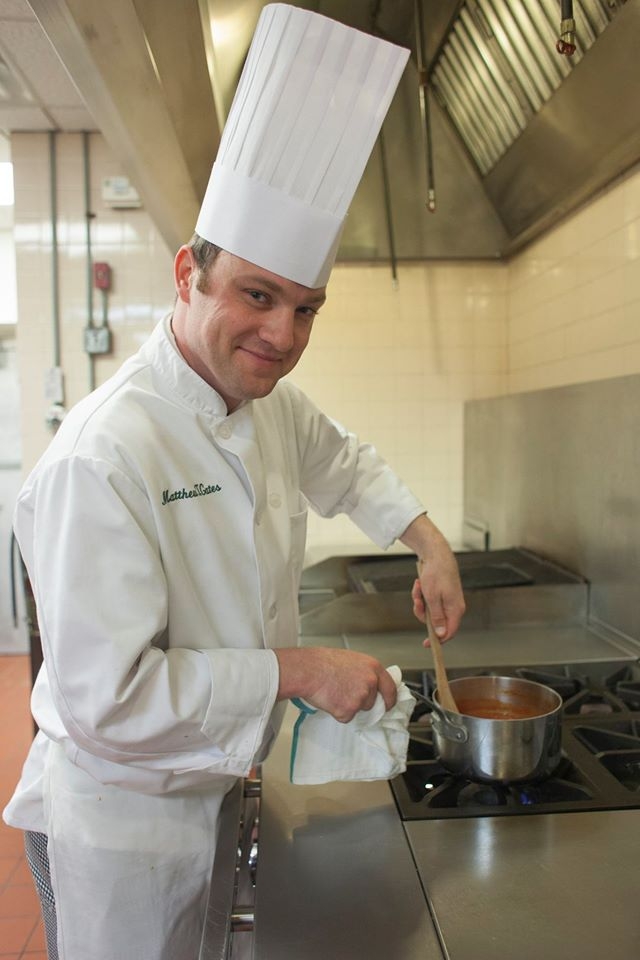 Chef in training and former sergeant in the US Army's 10th Mountain Division prepares a sauce.

There are some obvious parallels between military service and working in the kitchen. Each involves hard work, uniforms, following strict rules for recipes, and respecting a chain of command. So in some ways, Gates says that's all helped him adjust to a new profession, "In some ways it was kind of a nice transition, moving from one structured environment to another structured environment."

There are currently more than 150 vets enrolled at the Culinary Institute of America also pursuing training in the food industry. Gates says there’s a comradery among the vets who cook.

"We have our own Stars and Stripes event on Fourth of July, they do support us in almost every aspect of our transition here in our education. The school was started after WWII in part to teach returning vets a vocation so it’s always been here."

Every chef in training at the school gets a set of knives, says Gates, including a chef's knife, slicing knife, a boning knife and a fillet knife. All the tools you need to do the job.

To avoid confusion in the kitchen, Gates explained that each student wraps colored tape on the handles.

"[It's in order to denote which knives are yours, students will engrave their names initials or what have you," he says. "I had some ACU duct tape sitting around from when I was in the Army and I decided to wrap my knives in the dark grey and green camouflage tape. It's just that I'm proud of my service and I'm honored to be able to represent my time in the military to a different audience so it's really something that I took to heart. I use them every day, I look at them every day."

Gates says he loves to cook everything,  he's constantly testing recipes, and there's really nothing he doesn't like to cook.  So, we asked him about MRE's (Meals Ready to Eat). They're both loved and despised depending on your own situation and how hungry you are.

We wondered how Gates would go about making MREs better? Have a listen to our interview in which Gates reveals a little known recipe for combining several elements from MRE's for a surprisingly tasty treat.