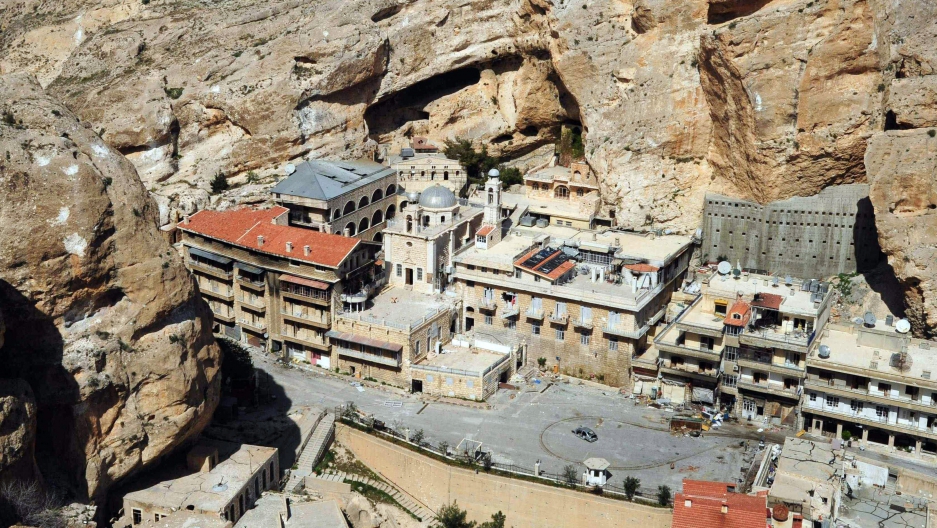 Between Twitter outrage, student loans, constant news of human rights abuses, and Jay-Z vs. Solange, sometimes modern life gets to be a bit much. Sure, you could go on vacation, but in a week you’ll just have to return to the daily grind. Wouldn’t you rather pool resources with a bunch of your best friends and set up a compound somewhere overseas? Maybe somewhere with a deep, indelible history of serene contemplation, where you can read by the fire and raise baby goats? Well, when you’re ready, these five former convents and monasteries are waiting for you. We’re struggling a little with Google Translate on this listing. (For instance, it says “former pigeon was transformed into a chapel,” and that can’t be right; France is magical, but is it that magical?) But this much is clear: the decor may be a little shabby, but this former Benedictine monastery includes a living room, lounge, dining room, utlity room, two cellars, four bedrooms with fireplaces, two more small bedrooms, an attic, a chapel, a building that can be used as a shed or workshop, a caretaker’s house, and one or more separate buildings with additional bedrooms. You could definitely get enough friends together to defray the cost — only $1.3 million! — and spend your days playing tennis in the clay court or wandering in the fruit orchard. With your baby goats, natch.

This former Benedictine abbey is $4 million, yes, but also 250,000 square feet. (Can that possibly be right? That's what it says!) Officially that only includes three bedrooms, but we’re seeing way more space than that in the photos, plus there’s a whole CHURCH; surely there’s enough space to split with 20 or so friends, staying up all night and having heart-to-hearts beneath the altar. There also seems to be a rather neglected-looking pool, a courtyard, and a bower of grapevines to stroll under while resolutely not checking your phone.

There are 30 rooms in this Italian former monastery, including 12 bedrooms, 14 bathrooms, and a private chapel. There’s also a giant pool for you to sit around with 15 or 20 besties/roommates, basking in the Italian sun and forgetting what a “Kardashian” is. It’s about $3.4 million, so grab a partner and 10 other couples and you can pay less than $200,000 each for 13,000 square feet and more than an acre of land for your baby goats to wander.

A mere million will get you and your chums this former convent (now a B&B) with six bedrooms plus a separate apartment. Each of the bedrooms has its own bathroom, so your friends get plenty of privacy during the hours they’re not hanging out with you by the pool or reading in the walled garden. Then you can all cook your meals together and eat in the farmhouse kitchen, laughing and exclaiming over the astonishing wine you picked up when you biked to a nearby vineyard.

This one’s going for a hefty $9 million, but look at this place! Ten bedrooms (although we count 12 including staff quarters and guest rooms, plus there are more you can restore!), eight baths, less than 10 miles from Florence yet surrounded by beautiful countryside full of baby goats, probably. This former Dominican monastery now boasts a billiard room, music room, library, chapel, kitchen, and lounge, making it the perfect place to host a Clue party. Of course, you’ll need someone to take care of the topiary, but the baby goats can do that, right?