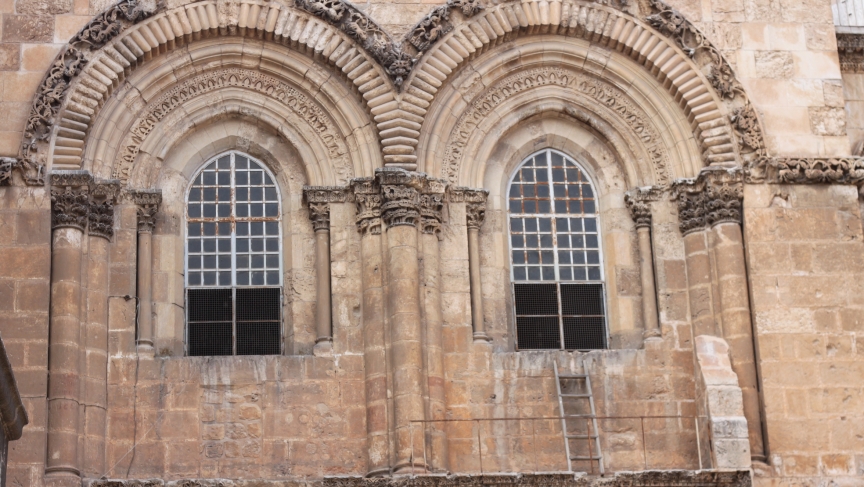 It was one small step for two men, one giant leap for the leaders of the world’s largest Christian churches.

Sunday, Pope Francis and Ecumenical Patriarch Bartholomew I, both in their mid 70s, clutched each other’s forearms and helped each other down the stone steps leading into the Jerusalem church where most Christian denominations believe Jesus was crucified, buried and resurrected.

It was an unprecedented meeting for the leaders of two Christian denominations with centuries-old rivalries. Roman Catholics and Orthodox Christians don’t share the same liturgy, yet the leaders of the two churches recited a prayer together.

They came together in a show of unity at one of the only churches in the world they share – the Church of the Holy Sepulcher, built in the 12th century on 4th century remains.

While they left the church Sunday evening in a spiritual embrace, their respective churches’ zealous posturing at that holy site hasn’t changed.

Here are a few curious points of contention.

There is a short wooden ladder above the church entrance that greeted Pope Francis and Ecumenical Patriarch Bartholomew I (see above). It has also greeted every visitor to the church since at least 1837. 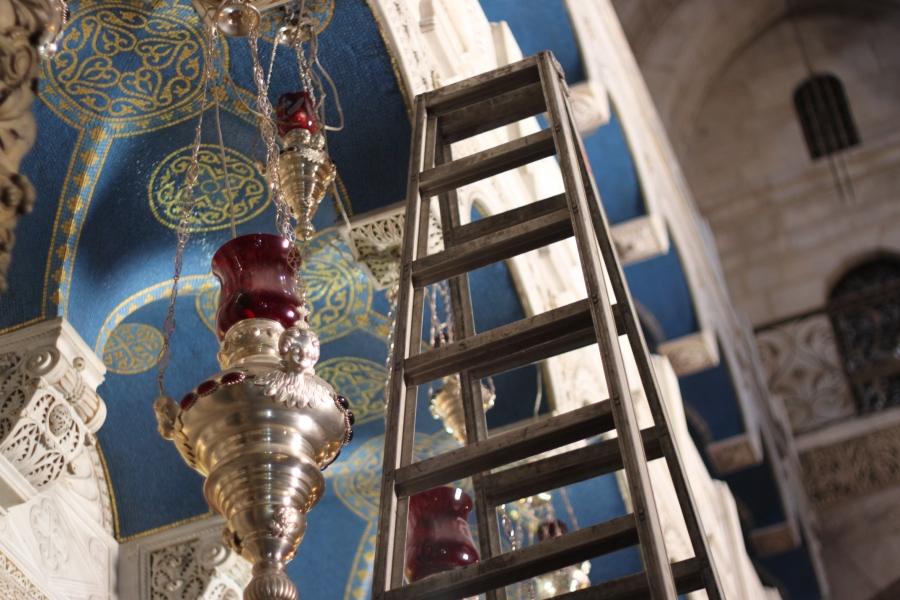 Armenian Orthodox Christians say the Armenian superior of the church would climb down the ladder for some fresh air on the balcony.

When the Ottoman authorities decreed in 1852 that no changes be made to the church without all the groups’ consent, the ladder stayed, and Armenians refuse to move it. They want to keep as many properties at the church as they can – including a short wooden ladder.

Another ladder (right) – this one a giant stepladder directly inside the entrance – also greeted Francis and Bartholomew I. Franciscan Catholics put it up for three months every year, between Lent and the feast of Corpus Christi.

They used to put up the ladder to light high-hanging oil lamps.

In 1938, that part of the church was crumbling and the British authorities who controlled the area at the time shored up the section with wooden scaffolding. Fearing fire, they removed the oil lamps, and those lamps were never returned.

In 1983, an employee of the Franciscan Catholic church realized that according to the 1852 pact between the groups, they were allowed to prop up the ladder – even if there were no longer oil lamps there.

So they do so till this day, for no reason other than to assert their territory. 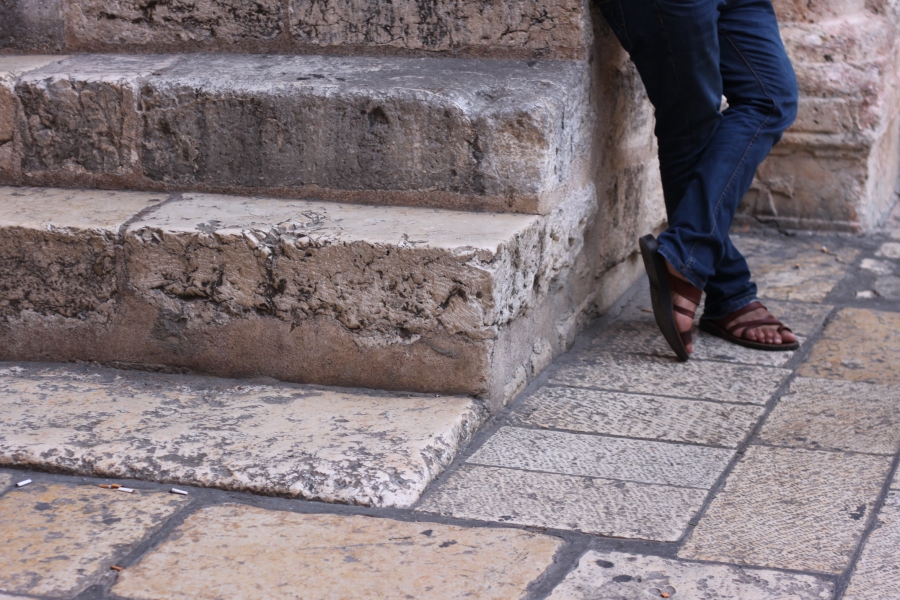 And then there's the problem of the stairs in the courtyard leading out of the church.

According to the 1852 pact between the groups controlling the church, Franciscan Catholics have the right to clean the stairs, but Greek Orthodox Christians get to clean the courtyard floor.

The question is whether the last, sunken step is still considered part of the staircase, or if it's now a part of the courtyard floor?

The dispute has never been resolved, so both communities clean the stairs.

Cleaning is considered a privilege in the church – another action that asserts a community’s territorial rights at one of the holiest Christian spots in the world.