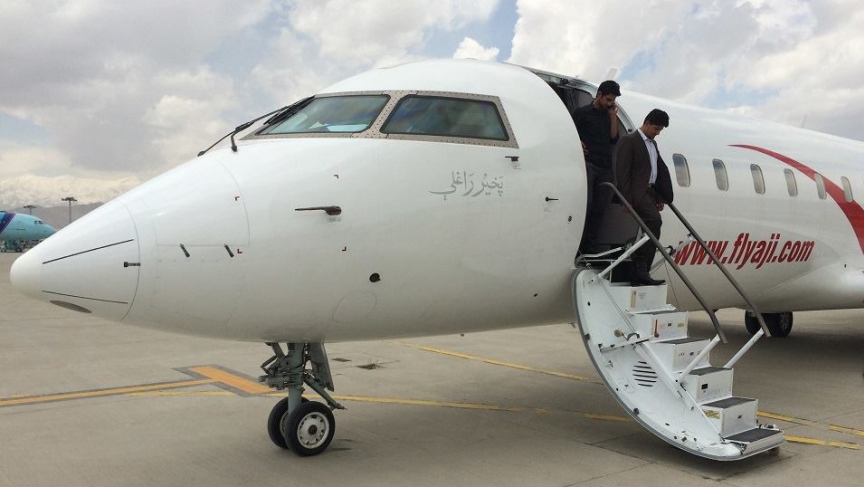 Afghan Jet International Airlines is the latest addition to the airline industry in Afghanistan. The new airline began operations in April.

Mamoon Rashid worked for Pakistan International Airlines for 35 years. Some time ago, though, two Afghan investors contacted him with a proposal.

They asked if he could help them start a new airline company in Afghanistan. He accepted the offer even though he had never stepped foot in Afghanistan.

"I had worked in an established airline as well as various fields, including international affairs and customer services. I am also an engineer," Rashid says.

With this work experience, Rashid thought starting the new airline in Afghanistan would not be all that difficult.

"It was a very difficult task. As a saying goes, to start a new airline, when the paperwork becomes equal to an airplane load, then the airline flies," he says.

He is now the CEO of the "Afghan Jet International Airways," which began operations in April.

Rashid says despite all the security challenges, Afghanistan is a country with great business potential.

"Afghanistan has gone through hell. It's a country which was nearly devastated, but what I've seen from the Afghan people, is that they have this resolve. I found the people to be very hospitable," he says.

Rashid says one other characteristic of Afghans that caught his attention was their readiness to work. After interviewing about 200 people for jobs, he found the younger generation is ready to bring about change to their country.

According to Rashid, air travel has become more desirable among Afghans, mostly because the country lacks good ground transportation and security is still a major issue while traveling by road.

Meanwhile, he says, the presidential election has brought in a sense of optimism. Both presidential candidates, he says, have promised to sign a security deal with the US. Rashid hopes a successful security deal means the US would be involved in Afghanistan into the future — and that investors will also keep coming.