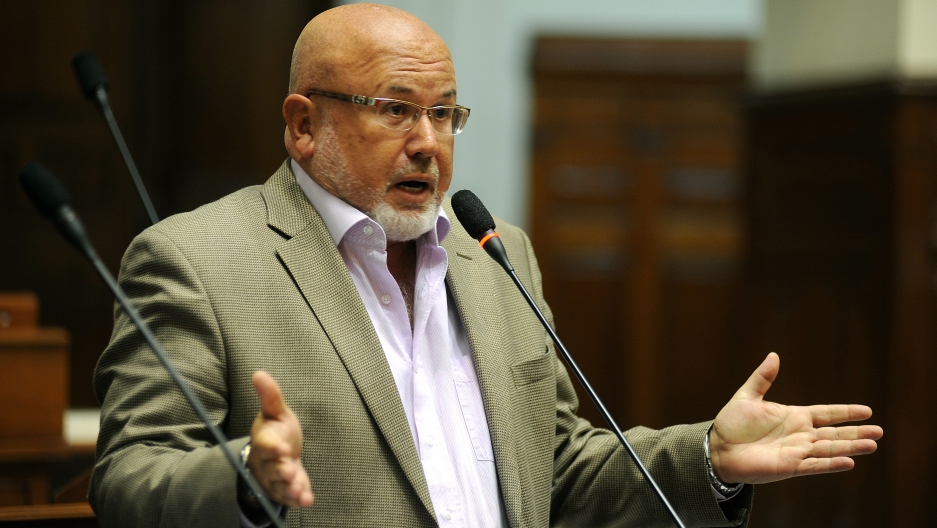 Twitter lit up with outrage, frequently spouting the word “maricon,” Spanish for "fag."

But many prominent public figures, including even from the right wing, lined up to sing congressman Carlos Bruce’s praises, describing him as brave and a model Peruvian.

“I expected a lot of the response, positive and negative, but I have still been surprised by the support I have received from so many opinion-makers, journalists and intellectuals,” Bruce told GlobalPost.

What he did not expect, however, was the attack from congress’ powerful hard-right Fujimoristas — supporters of former President Alberto Fujimori, who’s currently serving a 25-year jail term for corruption and human rights abuses. They accuse Bruce of a conflict of interest: He’s gay and he’s pushing a bill that would allow civil unions for same-sex couples.

Fujimorista lawmaker Martha Chavez has claimed that Bruce should “ethically” have made his personal interest in the bill clear when he first introduced it earlier this year. His coming out could be taken as a “desperate maneuver” to save the legislation, she said.

“You couldn’t make it up,” Bruce says of the conflict of interest accusation. “Of course, it’s absurd. Which member of congress doesn’t have human rights? Are we no longer supposed to legislate on human rights?”

More from GlobalPost: Here's what Mexico City is teaching the rest of Latin America about gay marriage

Bruce is not the first openly gay lawmaker in Latin America. Legislators in Argentina, Brazil, Mexico, Colombia and Chile have come out of the closet, too — even though they can still be counted on the fingers of two hands.

Yet he remains a trailblazer in Peru, one of the region’s most conservative nations, where homophobia can still turn deadly.

According to one recent poll, 61 percent of Peruvians oppose same-sex civil union.

“We were the last country in Latin America to allow women to vote, in 1955,” Bruce notes. “But things will change.”

For those who follow Peruvian politics closely, Bruce’s groundbreaking declaration, to local paper El Comercio on Sunday, that he was homosexual — and “proud” — hardly came as a surprise.

The 57-year-old successful businessman and former housing minister came out to his family, including two grown-up sons, years ago. And he had previously attempted — but failed — to have wording in an anti-discrimination law include homophobia.

“It had to come out at some point and now was as good a time as any, especially if it helps the civil union bill become law,” Bruce said of his sexuality.

He rates the bill’s chances in congress as too close to call.

But here’s a curious thing: Even Martha Chavez, who made the fuss about conflict of interest, says she’s not ruling out the possibility that she might, just might, actually vote in favor of it.