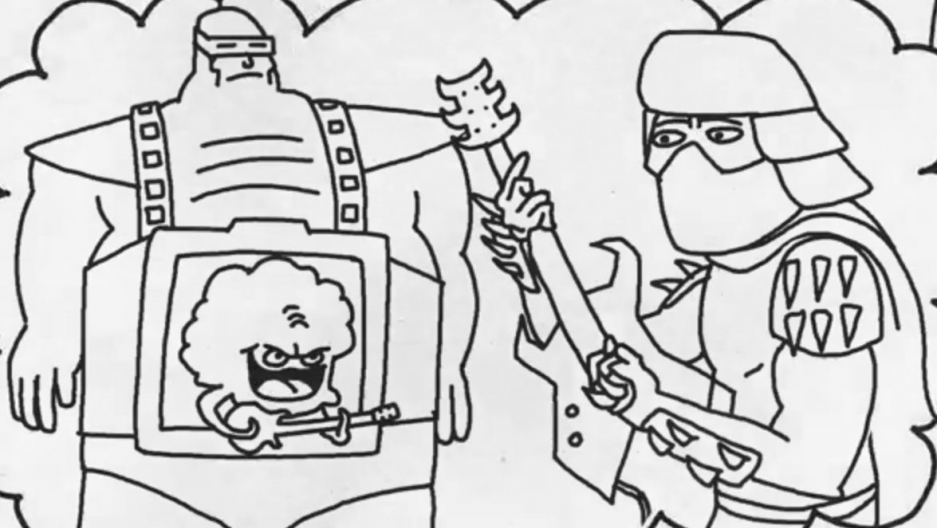 It's the height of graduation season and NPR is including everyone in the experience with The Best Commencement Speeches, Ever. The curated list of 300 speeches dates back to 1774 and features a lot of the usual suspects, including David Foster Wallace, Stephen Colbert, and Michelle Obama. And some surprises: Chuck Norris said something inspiring? Sting gives speeches?

As usual, Whoopibreaks it all down to its essence: "You all have a lot of things you want to do and you'll get some of them done."

A brazenely silly song about dreams gets elevated to a kinda magical place thanks to lovely, simple animation -- and the coveted Vimeo "Staff Picks"seal of approval.

Most online bots spam you. @MuseumBot promises "a random high-res Open Access image from the Metropolitan Museum of Art four times a day." Open Access is the Met's new initiative that lets you download more than 400,000 digitized images of work from the collection free, for non-commercial use. While seeing random high-res images isn't a substitute for experiencing them one on one at a museum, it does make sitting at your desk happier.

Axl Rose doesn't get a lot of love these days. (At least, not from those of us who don't have guns and roses tatted on our lower backs.) That's why it was nice to see him win something fair and square this week. And he was up against some stiff competition.

As the result of a true 21st-century-collaboration (in that one site borrowed data and lists from two others without asking), we got to see the vocal ranges of the most popular singers from the last several decades --- from Bob Dylan to Bjrk to Bieber. The results, if true, are fascinating and surprising. Turns out Axl Rose has a broader range than Mariah Carey, can hit a lower note than Barry White, and peaked (in his peak) higher than Beyonc.

5. He Scares Because He Loves

Scare videos are becoming a dime a dozen and they're often only sort of funny. But there's something about this one --- shot over a period of weeks, a son continuing to startle his dad by shouting "Shawshank Redemption!" and "Lizzie McGuire!" Perhaps that's because with all the nasty pranks on the web, this one seems to come from a place of love, and we can all use a little more of that.