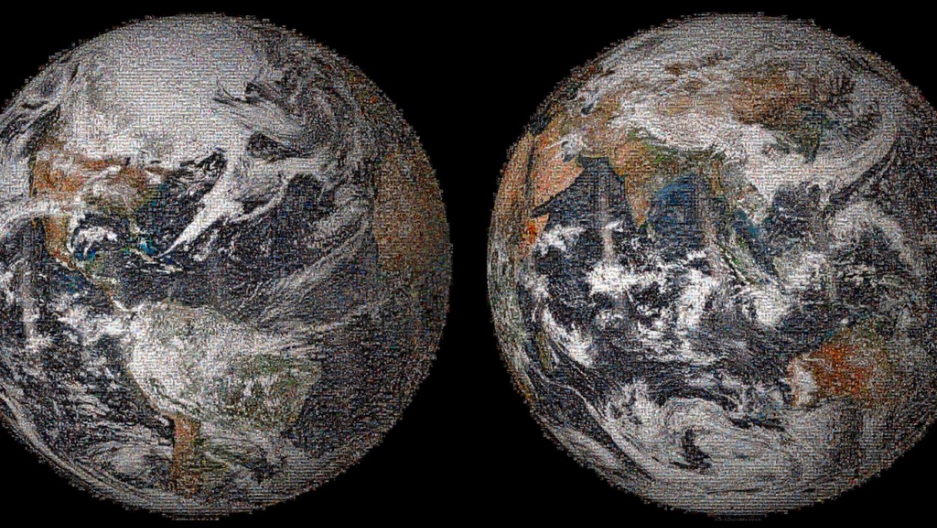 And you thought Ellen's Oscars selfie was packed with people.

NASA has just unveiled what it calls the first-ever "global selfie," created from more than 36,000 pictures it asked people around the world to take of themselves on Earth Day.

"Where are you on Earth right now?" the space agency asked the world.

People on every continent — 113 countries and regions in all — posted selfies using the hashtag #globalselfie, according to NASA.

In all, more than 50,000 submissions were received via Twitter, Instagram, Facebook, Google+ and Flickr. Not all of them could be used or accessed, and it took weeks for NASA staffers to comb through them and assemble the picture.

The 3.2 gigapixel image can be zoomed in on so users can find their own picture.

It's based on views of each hemisphere that were captured by a satellite on April 22, 2014. Any diagonal lines you might see are due to sunlight reflecting off the ocean, according to NASA.