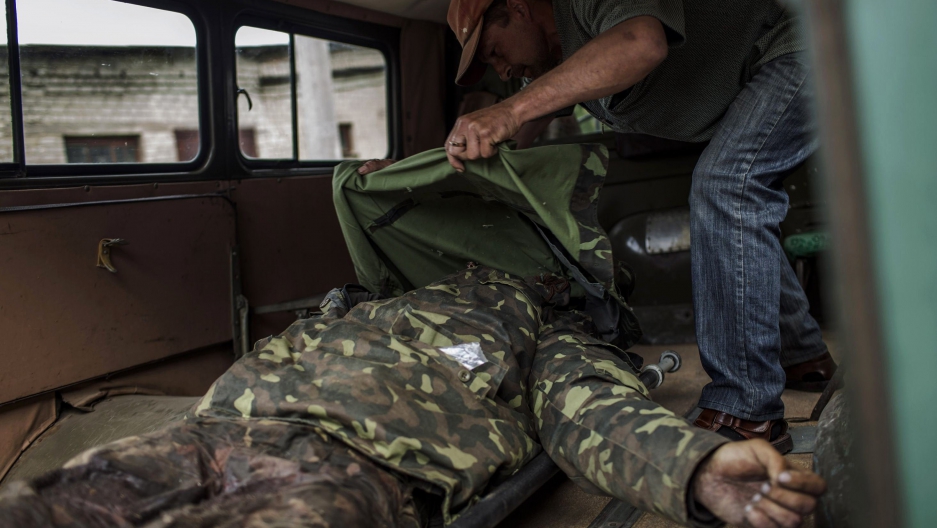 KYIV, Ukraine — The authorities on Thursday faced a major setback days before a landmark presidential election after at least 13 government troops were killed in an assault by pro-Russian separatists in eastern Ukraine.

The attack — possibly the deadliest since the separatist movement kicked off last month — is likely to cast a pall over Sunday’s vote, when millions of Ukrainians are expected to participate in the first nationwide poll since President Viktor Yanukovych’s ouster in February.

It’s also bound to dampen the cautious optimism among some Ukrainian officials that the rebel movement in eastern Ukraine has started losing steam, thanks to a lack of public support from the Kremlin and the reported divisions among rebel leaders.

More than two dozen troops were also injured, according to various reports.

The assault prompted Prime Minister Arseniy Yatsenyuk to ask the United Nations to convene an emergency Security Council meeting, claiming the Kyiv authorities have proof of Moscow’s attempt to disrupt the election.

In Kyiv, other officials sought to offer reassurances that Sunday’s vote would go ahead as smoothly as possible despite the fresh spate of violence.

Acknowledging the vote would be impossible in some places, he also argued the separatists have failed to gain meaningful footholds in the two eastern regions where they control a handful of cities.

“When we talk about the Donetsk and Luhansk Regions, it’s not correct to speak about them in their entirety,” Parubiy told reporters on Thursday. “It’s about a certain few cities.”

“Huge parts of these regions are not controlled by the separatists and ‘terrorists,’” he added, “and that’s why they’re making attempts to seize these regions.”

More from GlobalPost: Ukraine’s next president could be a chocolate king with mad street cred

It still remains unclear, however, just how much of the vote in the east will be affected by the presence of the armed separatists.

In recent days, media reports have detailed attempts by the rebels to derail the vote through violence and intimidation, especially against election workers.

That’s why some officials in Kyiv may seem more measured about Sunday’s prospects of a successful vote.

Andriy Mahera, deputy head of Ukraine’s Central Election Committee, said an attempt to gauge the vote at this stage amounts to a “lottery.”

He added that 12 state voter registries remain blocked by the separatists.

“Currently, no one will be able to provide a figure — not on the number of districts, polling stations, or the amount of voters [that will be included],” he said at a news conference Thursday.