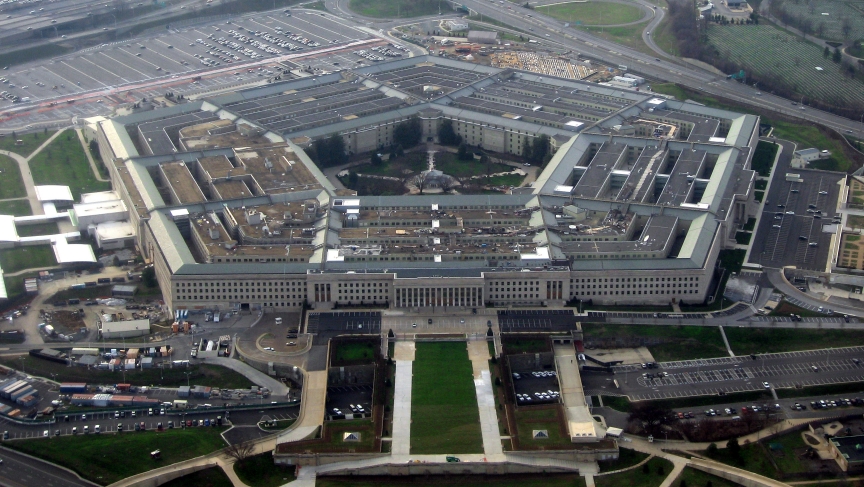 Pentagon officials released a heavily redacted version of a report about the impact of Edward Snowden's leaks.

This may be one of the few recent secret documents that was not leaked. In response to a lawsuit by The Guardian, the Pentagon has released a heavily-redacted version of its assessment of the damage done by former NSA contractor Edward Snowden.

In a word, the Pentagon says it suffered "grave" harm from Snowden's leaks — harm that is putting US service members around the world at risk. How that harm is manifesting itself remains unknown — that entire portion of the 39-page document remains classified. The US government has steadfastly refused to detail how the Snowden leaks have hurt it. The Guardian looks at the report and what it took to get it.

The Economist looks behind the numbers, and cautions against al-Sisi feeling too positive about his position. The poll shows Egyptians have increasingly little trust in national institutions like the media, religious leaders, the courts and even the army, which not long ago was hailed for saving the people during the Arab Spring revolution. Now barely half of the population trusts the military.

Boston, you can now enjoy the tastes of China's western Uighur region, in a food truck

Payzulla Polat came to Boston to study music, after spending years performing in a popular band. Polat is an ethnic Uighur who started to miss the foods of his homeland. Sure, Boston's known for its cultural and culinary diversity, but no one had set up an Uighur restaurant. So Polat smelled an opportunity.

Enter Uyghur Kitchen — a food truck Polat is running in between his studies and his music. It gives him a taste of home and he hopes it will introduce Bostonians to the tastes of his homeland. This story comes from PRI.org's Global Nation desk — telling stories about the changing face of America and its people.

It's a jungle out there when you're up against Amazon

Amazon moved into the India market almost a year ago, but lately it's been asserting itself in a big way — and that has local competitors scrambling to keep the Internet retail giant at bay. In some cases, that's meant combining with each other in an effort to get more scale. In other cases, it has meant dropping prices (and profits) in an effort to prop up market share.

Quartz looks at some of the lengths these Indian tech companies are going to in order to keep Amazon from becoming as big a player in India as it is in the US. But they've got a difficult road ahead of them.

A photographer shows the connections that shopkeepers around the world share

Shopkeepers around the world spend most of their days in their shops, waiting for customers, explaining their wares and, hopefully, completing a sale. But that means they often spend a lot of time waiting — and one man or woman waiting in the US bears a striking resemblance to someone waiting in Afghanistan, or the UK.

In a post from Sideshow, a new blog and podcast on PRI.org, Julia Lowrie Henderson introduces us to a French photographer who's met 250 shopkeepers in nine countries and taken pictures of dozens of them. Don't miss the photos he's shared with us.

Our conversation w/ @favianna about the role of art in the immigration rights movement http://t.co/zVcFU7u3jn pic.twitter.com/vSCYoWXXGd

Sydney is basking in record-breaking late fall, warm weather — so warm that some plants think it's actually spring. The Sydney Morning Herald looks at how recent high temperatures are convincing plants to flower and produce fruit.