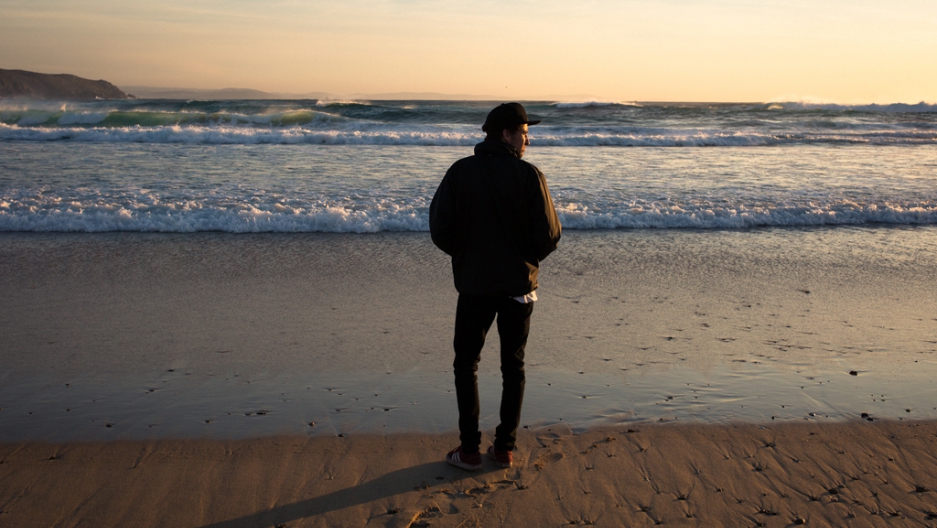 Editor's note: This story is part of a GroundTruth project we call "Generation TBD," a year-long effort that brings together media, technology, education and humanitarian partners for an authoritative, global exploration of the youth unemployment crisis. Video by Juan Herrero.

FERROL, Spain — Alberto Vazquez is a member of Spain’s so-called “lost” generation. Sitting at his house in the northwest Spanish city of Ferrol, the 24-year-old meanderingly talks about starting an eco-tourism business, becoming a DJ in Madrid, or maybe even joining the police force.

After a while he concludes, “I don’t know where my life is going.”

In a country where the youth unemployment rate hovers around a staggering 50 percent, the word ‘lost’ can refer to young people no longer contributing to the Spanish economy, those who have left Spain to work in other countries, or, as in Alberto´s case, those who are directionless.

Like many young Spaniards, Alberto lives at home with family (his parents, two older sisters and his niece). He says he is finishing his degree at the local university, where he is studying to become a sports instructor, though first he must redo a final project that he failed last month. But so far he has been willing to keep pushing it off until “tomorrow.”

Alberto seems more interested in surfing, boxing and pursuing his latest hobby: poker. While he sometimes plays with a group of friends – though a low-stakes affair, he still makes sure to sport his Ray Bans – he can be more often found glued to a screen, following his online Poker Stars account.

“Can’t you just turn that thing off?” Alberto’s mother, Macarena Perez, chides at dinner one evening, eying her pink-covered iPad that Alberto has commandeered.

“No, this is a tournament,” he responds curtly. He has left the typical Spanish assortment of tapas largely uneaten. ¨There’s money involved.”

By the time the meal ends, Alberto´s mother has given up the fight and he has decided to go all-in on a pair of jacks. As Alberto nervously waits to see the hand play out, the iPad dies. No problem though. He immediately whips out his iPhone and logs in; just in time to see that he’s been knocked out.

When asked about her son, Mrs. Perez sounds exasperated. “In one word: disaster,” she said. “I’ve supported him all his life. And look at him, he's there, like doing nothing.”

Alberto’s lack of motivation to study is far from unique.

Diminished ambition among young people has become so common in Spain, there’s a word for it. “NiNi” has cropped up as a colloquial Spanish contraction combining “neither” and “nor,” referring to youth who are not studying or employed. The term usually has the connotation of being lazy and Alberto’s mom is worried that he might be headed down this path.

At least in part, the fact that Alberto is so nonchalantly directionless can be attributed to his family´s relatively fortunate economic position. In Ferrol — once a thriving shipbuilding hub that has fallen on hard times in recent years — stories of unemployment, underemployment and financial woe abound, especially among youth. But thanks to Alberto´s father’s job at a local Volkswagen dealer, the family has been able to remain in the middle class.

“I haven’t had any economic difficulties,” he said in his room, surrounded by electronics, clothes and vacation photos that suggest a comfortable lifestyle. He gets a weekly allowance of €20 (about $30) from his parents, though that doesn´t include gas for his car, cigarettes, food or the money his grandmother gives him.

Mrs. Perez recognizes that excessive parental support helps enable Alberto´s inertia, but she is also wary of cutting her son loose in a country where so few young people are able to manage independently. Even while Alberto´s relatively fortunate situation has helped him avoid the worst of Ferrol´s plight, there is little else his family can do to help him overcome the much broader hurdles facing Spain’s young people.

According to Eurostat – the statistical office of the European Union – almost a quarter of Spaniards between the ages of 15 and 29 are “not in education, employment or training” (NEETs) like Alberto.

Again perched at desk in his room, Alberto continues the ranging discussion about what comes next. It‘s clear that behind the relaxed attitude, his inability to make meaningful forward progress is becoming a real concern.

“I think I’ve lost my way,” Alberto said with a laugh, before switching to a softer tone and adding, “The future worries me. It’s uncertain.”