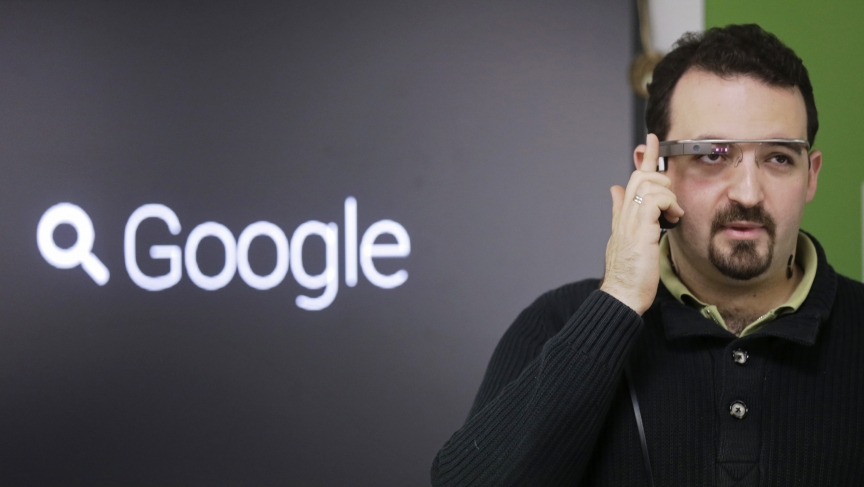 If you are in the US, you can get a pair of Google glasses for $1500 — a price tag that has made them a novelty. But soon they could become standard-issue equipment for Dubai traffic officers.

The Dubai police department has written two customs apps for the glasses. One would visually alert officers to "wanted" vehicles. The other would let them take photos of potential traffic violations. The glasses are still in a testing phase, so just a few officers have them. The jury is out on whether they'll prove sufficiently helpful to officers, according to a report from Gulf News. Not to be outdone, the New York City police department is also testing Google Glass.

Yusef Yerkel didn't take kindly to Turks who took to the streets to protest the government's response to a mining disaster. Yerkel, an aide to the country's prime minister, viciously kicked at least one of the protesters and, apparently, managed to injure his leg in the process.

But rather than being punished for his brutality, Yerkel has been placed on sick leave — because of his leg injury. Yerkel said he acted in self-defense. The Independent has the story.

Serbian military leader Ratko Mladic is accused of being the mastermind of some of the most heinous war crimes from the Bosnian war for independence in the 1990s. For almost two years, prosecutors have been laying out evidence that he was responsible for the massacre of thousands of men, women and children in Bosnia.

This week, Mladic got the chance to start presenting his defense — a process that is expected to go on for another year or even two. PRI's The World looks at where the trial is today.

The US government has been roundly criticized for its decision to use a fake vaccine campaign in its effort to secure the DNA of Osama bin Laden in Pakistan. The measure didn't even work — but it's led, health officials say, to a campaign of violence against health workers and to deep suspicion of vaccinations. Last year, health officials called on the US to stop using vaccine campaigns for security and intelligence purposes.

This week, in a letter to leaders of various US schools of public health, the Obama administration agreed. The New York Times has the story.

In some 140 countries, young people have come together to show how happy they are, by filming tribute videos to Pharrell Williams' wildly popular song, Happy. Recently, a group of Iranian young people filmed their own tribute and released it on the Internet to wide acclaim.

Unfortunately for them, Iranian officials were not amused. In fact, they were so upset they arrested the young people who participated as well as the individual who directed the video. PRI's The Takeaway explains why.

Denver, Colorado, was hit with a massive hail storm Wednesday. According to photos posted by the Denver Police Department, as much as five inches of hail fell in parts of the city.