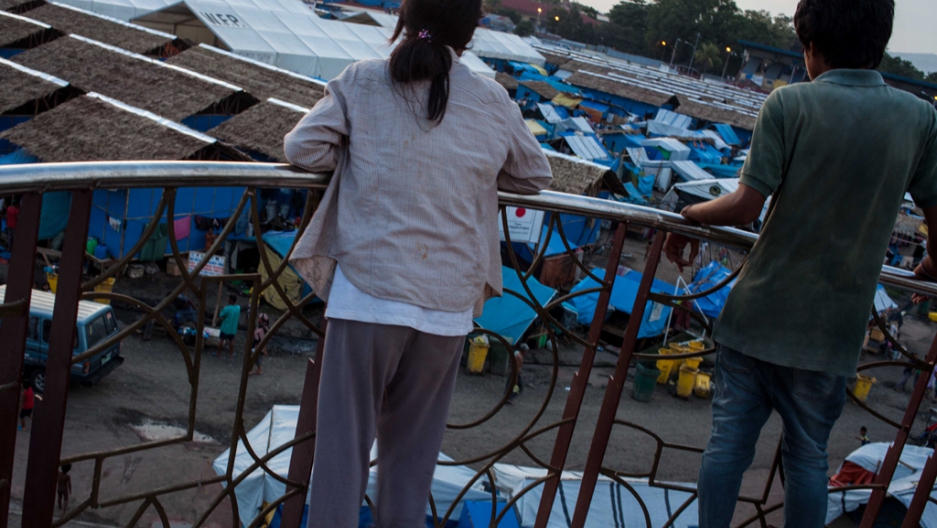 MANILA, Philippines — Tranquil white-sand beaches, a hospitable culture and English-speaking locals have come to characterize the Philippines in travel guides, but this tropical country of more than 7,000 islands and 100 million people is one of extremes.

Despite a robust economy that had the fastest growth in Southeast Asia last year, the Philippines has one of the world’s highest poverty rates. And at the center are millions of young Filipinos who are struggling to find regular employment.

Filipino youth are key to determining the trajectory of a nation with rising importance in the global economy and on the geopolitical stage. To fully understand the plight of young people in the region’s fastest growing economy, I’ve been traveling the islands, looking at how youth are engaged in and beyond their communities.

Reporting here is a homecoming for me. I was born in Manila. My family emigrated to the United States when I was six years old, but I stayed connected to family and friends there throughout my childhood. Every summer during college, I went back to the Philippines.

The summer before my senior year of college, I reported from my home country for the first time. My series focused on overfishing and deforestation in remote regions of the Philippines. Hundreds of miles, rough seas and a jellyfish sting later, I learned that reporting from the capital city — which has become a hub for trade and development — only gives readers part of the story.

With that in mind, I designed my fellowship to report from three locations: Zamboanga City in the south —the site of an armed conflict last September — the island of Leyte in the central region — still recovering from Typhoon Haiyan — and Manila in the north.

I seek to understand what the Philippines’ record economic growth looks like beyond the capital of Manila as I document the lives of young Filipinos who are creatively combating youth unemployment with their own ventures in these three regions.

The promise the Philippines holds for its youth is especially evident in Makati City, a hub for multinational corporations and start-up businesses located just six miles south of Manila. Here, many recent college graduates seek employment in the booming ‘business process outsourcing (BPO)’ sector, which includes call centers and customer service hubs for international companies like Dell, Acenture and Comcast. This growing industry generated $10 billion in revenues last year, a 15 percent increase from 2012, according to the Contact Center Association of the Philippines.

The BPO boom is expanding the Philippines’ economy and its middle class. Foreign investments are increasing, and this month the country received its highest credit rating. More and more Filipinos are able to purchase smart phones and other luxury items. At an outdoor commercial strip called High Street in Bonifacio Global City, a commercial and residential district near Makati, you will see a Starbucks, California Pizza Kitchen and an Old Navy through a tropical heat haze.

But this isn’t the whole story.

A large number of those employed in the BPO industry are licensed nurses—a stark mismatch of education and available jobs.

And rising purchasing power has yet to reach the 25 million people living below the poverty line.

“The outlook for the entire country as a whole is very positive,” said Paul Rivera, co-founder and CEO of the online job recruiting and training start-up, Kalibrr, “but it will depend on who you ask for what that answer is going to be.”

In Manila, on a street adjacent to the United States Embassy, homeless families and unaccompanied children sell bottled water, cigarettes and snacks to passersby and vehicles stuck in traffic. Many walk barefoot and breathe the black smoke emitted by Jeepneys, elongated jeeps that serve as the country’s most popular and affordable means of public transportation.

I recently met Ricky Nieco on these streets as he made his way to an educational session held by local NGO ChildHope Asia. The organization teaches youth basic literacy skills, sessions held on the streets where the youth live. The organization also provides legal assistance, runs a mobile health clinic and provides funds for street youth attending high school and college. Nieco, 18, has been living on the streets since he was a child. He sleeps inside a public park beneath the statues of the country’s political icons.

“I’ve applied to three jobs this month and no one has called me back,” Nieco said. A thin build has been detrimental to job prospects, he continued. “They want someone who looks strong.”

Nieco received his high school diploma by attending the ChildHope sessions, studying and taking online courses in internet cafes. Nieco hopes to attend college, but he doesn’t have the money to pay the enrollment fees.

I heard a similar story in Zamboanga, a coastal city about 500 miles south of Manila. Last September, an armed conflict between rebel forces of the Moro National Liberation Front and the Philippine military displaced more than 100,000 residents.

At the top of a watchtower overlooking the country’s largest evacuation center, Katrina Abuhajim and her friends looked for the small tent that her family has been living in since a rain of gunfire and mortar shelling brought them to the sports complex.

“That’s when I stopped going to school,” Abuhajim, 16, said. “I was already sick when we were transferred here.” Her chest pains and coughing have worsened inside the evacuation center, where the death toll—mostly affecting children—is over 100, because of unsanitary conditions.

In January, Abuhajim’s two-year-old sister died from a fever due to the lack of medical care inside the evacuation center. Her family couldn’t pay for emergency care in a private hospital.

Abuhajim’s family was already living in poverty before the armed conflict displaced most of the residents in their coastal neighborhood of Mampang. Her mother’s wage as a laundry woman and her father’s work in construction barely supported the family of 11.

Many of the youth inside the evacuation center cannot participate in the upcoming school year, set to begin in June, because they are far from their school districts and lack the funds for uniforms and books. Older adults are first to take the available jobs, some in the form of cash-for-work programs.

As the Philippines’ economic growth roars ahead of other nations in the region, the youth unemployment rate hovers above 17 percent. Half of all unemployed Filipinos are between the ages of 15 and 30.

The severe lack of jobs for high school or college graduates has, in recent decades, led many to leave the country in search of better opportunities. In 2007, overseas migration of Filipino workers peaked at 1.08 million —an average daily departure of almost 3,000 workers, according to a UN report on the Millennium Development Goals.

My family is a part of this global pattern of migration, one that is still rising at a steady pace in the Philippines despite the economic growth. As I report for GlobalPost’s international series on youth unemployment across beautiful islands that many call paradise, I hope to rediscover this vibrant country I call home, a story of the Philippines beyond the business headlines.