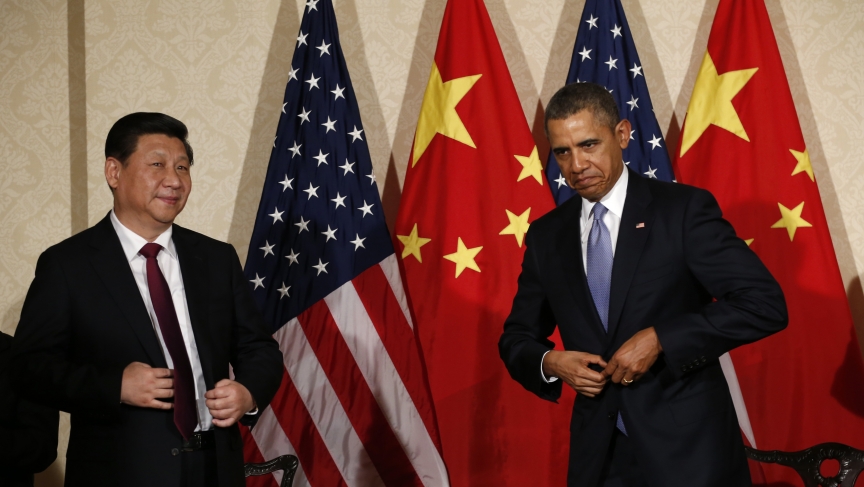 One topic of discussion between President Barack Obama and his Chinese counterpart, Xi Jinping, when they met in California last summer was cyber espionage.

In an unprecedented move, US prosecutors have charged five Chinese military officers with economic espionage and computer hacking.

The indictment unsealed by the Justice Department on Monday names the men as officers in the Chinese People's Liberation Army, and it details specific allegations of illegal cyber spying against American companies for the benefit of Chinese companies, including state-owned enterprises.

“State actors who engage in economic espionage, even over the Internet from far away places, like offices in Shanghai, will be exposed for their criminal conduct and sought for apprehension and prosecution in an American court of law,” Attorney General Eric Holder said during a news conference announcing the charges.

“Enough is enough,” Holder said. “This case should serve as a wake up call to the seriousness of the ongoing threat.”

James Lewis, a cyber security expert at the Center for International and Strategic Studies in Washington, explained the implications of this very public move by the US Department of Justice.

Q: How important is this indictment?

Lewis: This is a normal tactic in espionage. It's a way to let another country know, 'Hey, you've gone too far. And you've ignored our polite hints.' So, this is an important action by the US.

Q: What led up to Monday's charges?

Lewis: The US raised this issue with the Chinese for the first time in 2010. The Obama administration has been really pushing this. And they've raised it at working group levels, at the US-China Strategic and Economic dialogue, at meetings with senior military officials and finally, at the presidential summit last June. There have multiple instances of the US saying to China, 'this has gone too far and we have to get it under control.'

Q: Will this set alarm bells ringing through the halls of power in Beijing? Or will they just shrug it off?

Lewis: It's going to be harder for them to shrug it off. They've always done that in the past. What you'll see now is that the Chinese will deny the charges. They will say that (former NSA contractor) Edward Snowden shows that the US does it too. And then, they will try to put pressure on the US, maybe by retaliating against US companies in China. They will do a number of things, but this will be difficult for them to ignore. I know that President Xi after the summit thought a lot about the hacking issue, and now he'll have to think about it some more.

It's a hard problem for China. It links to the People's Liberation Army and military modernization. It links to economic growth. And it links to corruption. That's a really tough basket for any government to deal with. This is only the first step in trying to get the Chinese to realize that they've got a problem here. On the US side, nobody forced China to join the World Trade Organization. And when they joined the WTO, they promised to abide by rules, including protection of intellectual property. They haven't abided by those rules. The US is saying, 'China is a country that we want to see grow, but you need to play by the rules.'

Lewis: China is the leading source of economic espionage against the US. An internal study from the Department of Defense showed that Chinese economic espionage dwarfed that of all other countries, including Russia. Last year, the FBI notified 3,000 American companies that they'd been hacked. (That works out to more than eight per day.) It's simply amazing. We're talking huge numbers of incidents and significant economic harm to the US. It's a problem that will just continue to grow, unless there is some kind of response. And that is what's behind this move by the Justice Department.

Q: Is there any question in your mind about whether this is really coming from the Chinese government or the Chinese military?

Lewis: Not at all. There are many reports showing that's the case, and not just government sources. The Mandiant Report. The Monk Center report from the University of Toronto. German, British, French, Australian and Indian governments have all issued statements supporting this. The Chinese have kind of been over the top when it comes to economic espionage. It's fair to say that the US was over the top with political-military espionage, and that is what Snowden showed. He got the NSA called to account. Now, it's China's turn.

Q: How much does the Edward Snowden story undermine the message from US law enforcement officials on the issue of Chinese hacking?

Lewis: It doesn't undermine it all. First, if there was evidence that the NSA stole information to help US companies, don't you think it would have been leaked by now? There is no such evidence. Second, the US has always been really open with China. Espionage is a two-way street. We know great powers engage in espionage. What we object to is commercial espionage. And third, it only reinforces the case that we need more of a rule set about how countries act in cyberspace. That's as true for China as it is for the US. This is not just a US problem. The NSA is not uniquely evil. Lots of people do this. Maybe we need to understand better about how to keep things under control in cyberspace.

Q: What do you make of the argument from the Justice Department about China's hacking activities damaging the free market and American jobs?

Lewis: I find that a really useful argument, because this kind of commercial espionage probably costs the US between 100,000 and 200,000 jobs. It's not that these people are out on the street, although that does happen. It means they go from a high paying job in manufacturing to a low paying job in some kind of service industry. This hurts our economy. China is not playing by the WTO rules. If China wants to be a major power and be a global economic leader, it has to play by the rules.