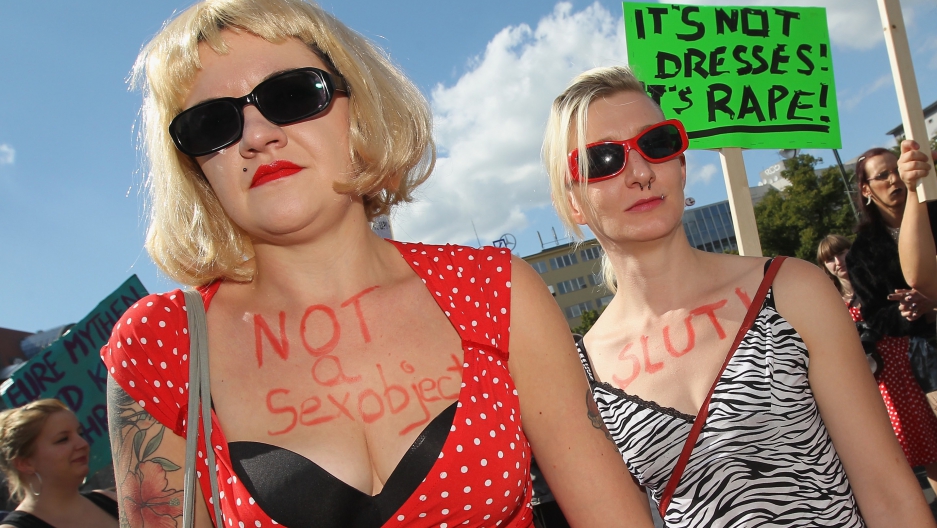 BERLIN, Germany — No means yes, at least in this country.

When a rape court in the state of North Rhine-Westphalia acquitted the alleged rapist of a 15-year-old girl in 2012, women's rights advocates were outraged.

The ruling found that saying no, or even screaming it, wasn't enough to merit rape charges.

Now findings from a new study indicate that case was hardly unique, despite a European initiative to step up efforts to stop violence against women.

The number of German rape cases ending in convictions has plummeted from 22 percent to 8 percent over the past 20 years, according to a study released by the Hanover-based Criminological Research Institute of Lower Saxony.

Those figures came as a shock to most Germans, who think of their country as a leader in the struggle for women's equality.

“It was only in 1997 that rape within a married couple was found to be punishable,” she says.

The new report comes at a particularly awkward time for Chancellor Angela Merkel.

A Council of Europe convention on violence against women, due to come into force in August, threatens to highlight the country’s shortcomings, even though Germany wasn’t among the 10 countries that ratified it.

“It’s high time to face the reality of rape cases and to adjust the laws” so that more rape victims get justice, Eckhardt says.

The convention will make fighting violence against women a “legally binding obligation,” compelling countries to change laws, introduce practical measures and allocate resources to the effort.

In Germany, that may require more than a change in the problematic definition of rape, the new study suggests.

Researchers blamed overburdened police forces and an increase in cases reported by victims who knew their alleged attackers for the decline in convictions.

The study also identified dramatic differences in the conviction rates of different states, depending on their relative wealth.

In Germany's three richest states, 24 percent of rape cases end in convictions and the number of rape cases filed has dropped by a third.

In the three poorest states, the number of reported rapes has increased 40 percent, with a measly 4 percent ending in convictions.

Differences in procedure also accounted for the wide variation in conviction rates.

They were significantly higher in states that made it a practice to film victims' statements, rather than simply filing written reports. In North Rhine-Westphalia, for example, it’s not standard procedure to make video recordings.

Activists hope the disturbing figures will act as an embarrassing wakeup call for the political and economic leader of the European Union.

That doesn’t mean there’s been no progress in Germany, however.

Merkel's cabinet is 40 percent female, and her coalition government is pushing for a gender quota requiring that 30 percent of open positions on company supervisory boards be reserved for women.

Currently, women account for around 10 percent of directors on the boards of large German companies, compared with 17 percent at US-based Fortune 500 companies.

But liberal Germany may be sliding backward in other ways when it comes to women's equality.

More from GlobalPost: In Denmark, nothing says EU elections like group sex and random beheadings

There's been virtually no change in popular attitudes about who should raise children — women, of course — according to another recent study.

Fewer men, and more women, today say they'd be willing to relocate for their partners’ careers than a decade ago.

And working women are still derided as “Rabensmuetter,” or “raven mothers” — an allusion to the belief that the birds push their chicks out of the nest before they’re able to fly.

“Many aspects of women’s lives have improved,” Eckhardt says. “But if you look at the structural discrimination that women still experience or at media images and people’s attitudes, we still have a long way to go.”