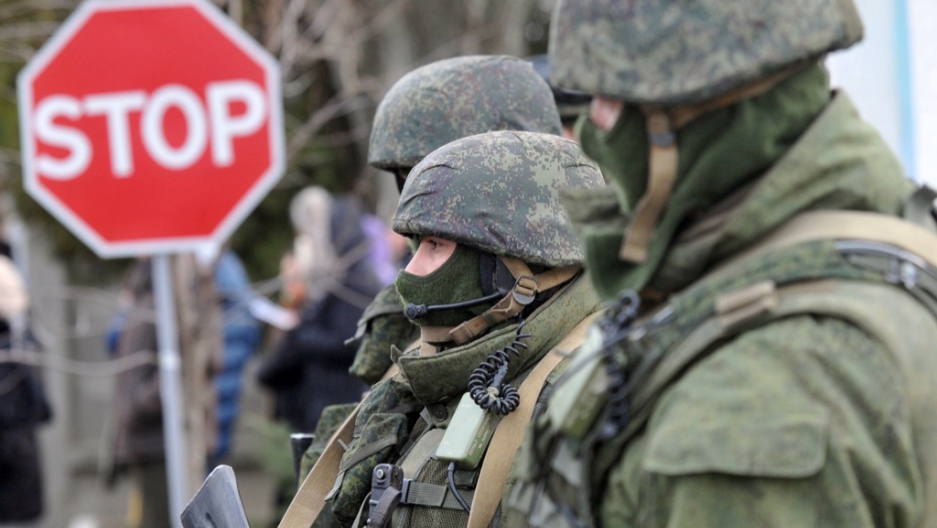 The good news is that there’s a vague agreement to find a way out of Ukraine’s deepening crisis.

Now the bad news: Neither of the major parties in the conflict is willing to talk to the other.

As talks began in Kyiv Wednesday, the interim government of Prime Minister Arseny Yatsenyuk is refusing to deal with separatists from eastern Ukraine who “have blood on their hands.”

The separatists reject Yatsenyuk and his group as illegitimate, having come to power through what they deem a violent coup in February that toppled an elected government.

The Organization for Security and Cooperation in Europe (OSCE) is ready to moderate, and the United States and Russia say they approve. But as long as the two sides insist on seeing each other as a “fascist junta” on one hand and a bunch of “terrorists” on the other, there’s little hope for fruitful negotiations.

The heaps of misinformation out there are not helping, either.

There are major accusations and assumptions that need examining before progress can be made. The pressure is on to reach some level of accommodation before the presidential election on May 25.

Here’s a look at some key questions, and an attempt to tamp down the distortion, disinformation and outright lies fueling the crisis.

1. Is Russia behind the unrest in eastern Ukraine?

A pro-Russian militant and a child stand guard in the eastern Ukrainian city of Kostyantynivka.

As the OSCE tries to get Ukrainians to talk to each other, there is a lingering suspicion that the real impetus for the violence is coming from across the border, in Russia.

Moscow says it has no hand in the unrest, and emphatically denies that it has military personnel on the ground in the most volatile areas. This would be easier to swallow if Putin had not said the same thing about Crimea in March, only to reverse himself a few weeks later, acknowledging in a widely publicized phone-in show that the “little green men” so talked about in Crimea were, in fact, Russian servicemen, who backed the Crimean self-defense forces “in a civil but a decisive and professional manner.”

Kyiv insists that Moscow is at fault, and has tried mightily to prove it.

In April the Ukrainian government released photos of what it insisted were Russian military personnel now operating in Ukraine. The Obama White House rushed to endorse the photos, and the media promptly published them.

But within a day the photographer who took a photo identified as coming from Russia insisted that the picture was from eastern Ukraine, like the others, breaking a crucial link in the chain of “proof.”

The New York Times published a retraction, but the State Department insisted that it was convinced beyond “a shadow of a doubt” that Russia was involved in eastern Ukraine.

In the run-up to Sunday’s referendum in Donetsk and Luhansk, the Ukrainian Foreign Ministry released an intercepted phone call that provided “substantial evidences of Russian engagement in preparing and coordination of the so-called referendum in the eastern regions of Ukraine on establishing ‘Donetsk People's Republic.’”

The call was between the head of a marginal Russian nationalist party, Alexander Barkashov, and a Ukrainian counterpart, head of the “Orthodox Donbass” organization, Dmytro Boitsov.

In a conversation notable more for its use of profanity than for anything else, the Russian exhorts his Ukrainian interlocutor to falsify the elections. “Just write in whatever you want!” he says in the brief spells between expletives. “Write something like 99 percent down.”

Neither man represented a legal, registered group, and it is highly unlikely that either had anything to do with the poll — which did, indeed, return an overwhelming percentage of votes for greater autonomy.

As the BBC Russian service put it, “Alexander Barkashov is undoubtedly on the Russia side, but almost no one in Russia thinks that he … has any influence today.”

2. Is the United States meddling in Ukraine?

In February, the Russians leaked their own intercepted phone call, also with a much-publicized “expletive deleted.”

When Assistant Secretary of State Victoria Nuland spoke with US Ambassador to Kyiv Geoffrey Pyatt in February, they appeared to be deciding who should and should not be in the leadership of a new Ukrainian government.

Nuland and Pyatt were later photographed giving food to protesters on Maidan Square, and political figures like Arizona Sen. John McCain went and stood shoulder to shoulder with Ukrainian nationalists. In Moscow’s mind, it was clear that Washington was trying to use Ukraine against Russia.

This impression has been compounded by a flurry of reports citing Bild am Sonntag, a popular German Sunday newspaper, which on May 11 reported 400 mercenaries from the US security firm “Academi” were now operating in eastern Ukraine.

Academi has vociferously denied earlier claims that it was operating in Ukraine, calling them “sensationalistic efforts to create hysteria and headlines in times of genuine crisis.”

But Russian television is enthusiastically repeating them, as is Germany’s Der Spiegel.

The story is growing legs: Russian Foreign Minister Sergei Lavrov told Bloomberg News that he has “very strong” suspicions that the US has mercenaries in Ukraine, and is asking for a response from Washington.

3. How prevalent is extreme nationalism in Ukraine’s interim government?

Ultra-nationalist activists march toward the Independence Square to commemorate 'Maidan heroes' in Kyiv.

Moscow insists there’s danger to ethnic Russians from what officials terms “fascists” in Kyiv, a loaded term in a country that lost 20 million people in World War II.

Ukraine dismisses such rhetoric as “Russian propaganda,” and, for the most part, Washington and its allies have tended to agree.

But the truth may be more complicated.

In 2012, the European Parliament voiced concern “about the rising nationalistic sentiment in Ukraine, expressed in support for the Svoboda Party, … [and] recalls that racist, anti-Semitic and xenophobic views go against the EU's fundamental values and principles.”

Svoboda and its more radical partner, Right Sector, were quite active in the Maidan protests.

In January, a Western reporter documented the phenomenon in a piece for The Nation, quoting Yury Noyevy, a member of Svoboda’s political council, explaining that the Maidan movement was much more anti-Russian than its was pro-European.

“The participation of Ukrainian nationalism and Svoboda in the process of EU integration is a means to break our ties with Russia,” Noyevy said.

This has been conveniently swept under the rug, even after Svoboda and Right Sector received several important posts in the new Cabinet, including deputy prime minister, head of the National Security and Defense Council, and prosecutor general.

An extremely ugly scene in Odessa last week, in which at least 40 pro-Russian separatists died in a fire in the town’s Trade Union building, brought the issue front and center.

According to media reports, Ukrainian paramilitary groups squared off with the pro-Russian protesters and drove them into the Trade Union building, which was then set on fire. Activists stood outside singing the Ukrainian national anthem and yelling insults as those inside burned.

In the wake of the tragedy, the Ukrainian government launched an investigation.

According to a Ukrainian newspaper, the Ministry of the Interior believes that the fire was set by those inside, and that pro-government activists had nothing to do with it.

This self-serving explanation is unlikely to calm the anger and grief emanating from the pro-Russia camp.