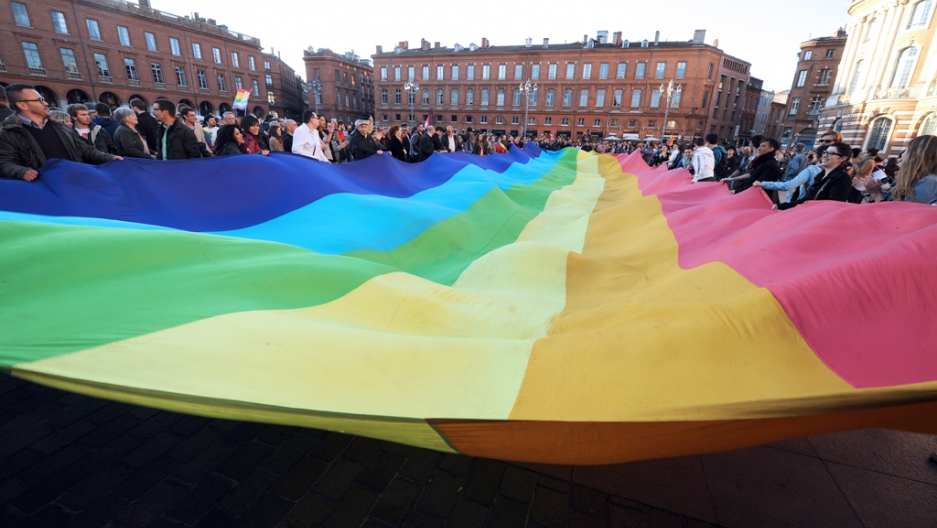 PARIS — When Ludovic-Mohamed Zahed announced his intentions to launch the first gay-friendly mosque in Paris, it was difficult for him to imagine what lay ahead.

The mosque’s launch in November 2012 was a monumental step in raising awareness and providing a place of worship for Muslims who are also part of the LGBT community. At the time, the news stirred a media frenzy, as well as considerable controversy within the Muslim community.

Despite legalizing gay marriage just over one year ago, France’s attitudes toward LGBT rights are mixed. A 2013 Pew Center survey found that 77 percent of people in France think society should accept homosexuality, down from 83 percent in 2007. A 2009 Gallup poll found that 35 percent of Muslims in France believe that homosexual acts are morally acceptable.

Though neither Zahed nor supporters encountered physical harm following the mosque’s launch, he says the weeks and months following were “tense.” He recalls the first meeting of the association he founded for gay Muslims in France, HM2F, in the basement of a cafe as charged and tentative. After the media attention surrounding the announcement of the gay mosque, Zahed says he felt uneasy at home, particularly after his address was published online.

At the time of mosque’s launch, a spokesman for the Grand Mosque of Paris, one of the largest mosques in France, responded by saying that Zahed’s actions were not in accordance with the Quran.

But in the midst of France’s gay marriage debate last year, Dalil Boubakeur, rector of the Grand Mosque, told a French radio station that while he condemns homosexuality he does not condone homophobia.

Zahed considers discussion around the issue to be encouraging. At the very least, he says, the concept of a gay mosque and the legalization of gay marriage have sparked a willingness within France’s Muslim community to engage in dialogue around LGBT issues.

Zahed considers the domestic and international media coverage of the concept to have been “indispensable” in this evolution, he says. “It helped a lot in countering the idea that Muslims are not homosexual, or the idea that homosexuals reject Islam.”

Today, Zahed still has firm faith in the concept of an inclusive mosque in France’s capital, but love and life circumstances have brought the Algerian-born activist to South Africa. Now in Cape Town with his South African husband, Zahed says life is “less stressful,” and the social and political atmosphere is more conducive to starting a family and having children.

Zahed continues to support the mosque by making regular trips back to Paris to meet with other organizers, participants and activists. He is helping the group secure a more permanent location in the 18th arrondissement of Paris for meetings and worship times. He is also active in CALEM, an informal confederation of LGBT, Euro-African and Muslim organizations working for human rights and LGBT equality.

Zahed was born in Algiers in 1977 and spent the first three years of his life in Algeria before moving to France with his parents and siblings. He was infected with HIV at the age of 19. Growing up, he was a serious student and follower of Islam, memorizing large parts of the Quran while beginning to question his sexual identity. He remembers being mesmerized by the beauty of the Quran, by the “universalism” in the text.

Zahed considers himself a gay feminist, two labels he considers compatible with Islam.

“After more than 15 years of reflection on the matter, I now understand that the Quran does not explicitly refer to ‘homosexuality,’ nor does it refer to women as ‘inferior.’ Indeed, the strict and dogmatic interpretation of some verses of the Quran is no longer unanimous, especially in the eyes of progressive Muslims across the world (even if we remain, for the time being, a minority),” Zahed wrote in a 2012 article in The Guardian.

Coming to terms with his religion, sexuality and family was not easy, he says, but it is a path he knows well and hopes to help other people navigate. He writes about this journey, and the difficulties growing up as a gay Muslim, in his memoir, Le Coran et La Chair (The Quran and the Flesh), published in 2012.

Zahed will also be launching a faith-based advocacy group in Cape Town, "Rumi's Isiphephelo.” The organization will serve as a mosque, shelter for refugees and imam training center.

More from GlobalPost: Ugandan anti-gay law boosts standing of a president in power since 1986