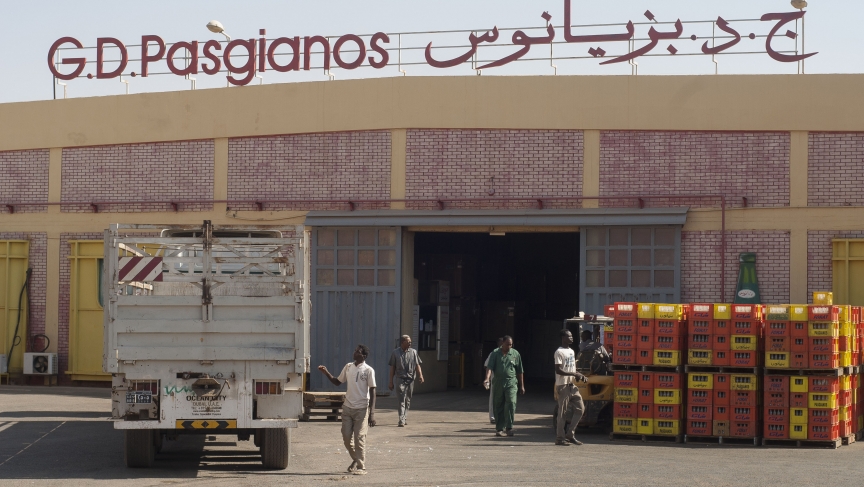 The famous Pasgianos factory in Khartoum.

Pasgianos is hands-down my favorite soda on Earth.

Let’s start with its appearance — dark red, looks kind of like a black-cherry punch. Describing how it tastes is the hard part.

It’s fruity, with hints of cinnamon and licorice, and it is definitely very sweet. I’ve tried every red soda I’ve come across in the US — and there are many — the punches, the strawberry and cherry sodas, sangrias — still nothing tastes like it. The closest would be a British drink called Vimto which is available in Arab grocery stores.

Pasgianos is unavailable here in the US. It was born and bred in Sudan, but the soda’s tale begins in Greece nearly a century ago. Greek merchants settled in Sudan during Anglo-Egyptian rule around 1930. One of those merchants who came to Sudan was named George Dmitri Pasgianos. Young George Dmitri was obsessed with trying to make a fizzy drink for Sudanese people to give them a taste of Greece — with a local twist.

He started playing around with flavors. He began with lemon, then ginger-lemon. Sudanese 60- and 70-somethings will remember these flavors from their youth. 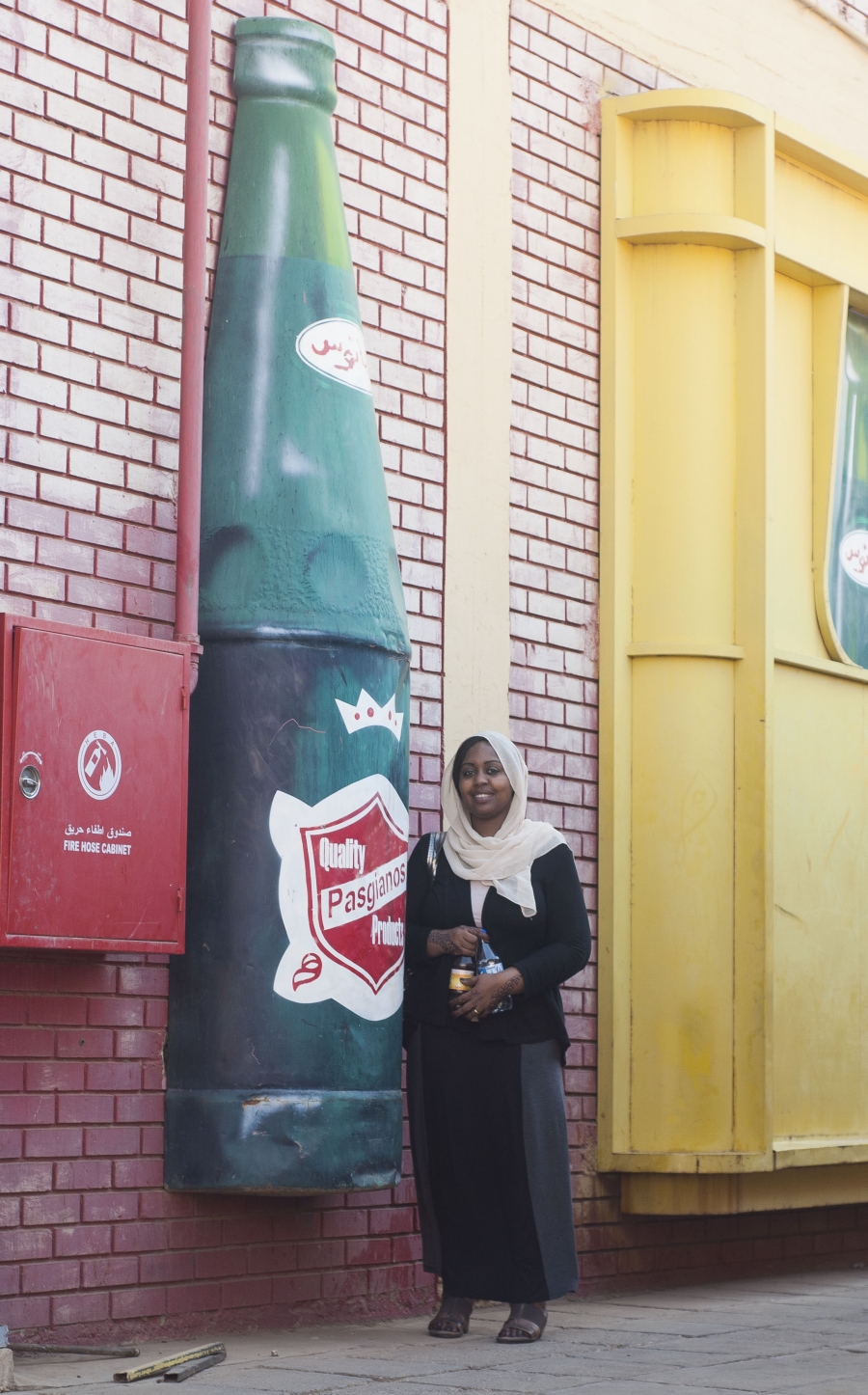 Reporter Hana Baba rediscovers a great taste of her childhood.

Then George Dmitri formulated the one fizzy drink that he thought was worthy of his own name — Pasgianos.

Rayed Masry, the operations manager at Pasgianos in Khartoum, said that despite the coming of multinational soda brands Coca Cola and Pepsi in the mid-20th century, Pasgianos still continued to enjoy a big loyal following. He remembers first tasting it in his school cafeteria. That’s an experience shared by many who grew up in Khartoum.

That’s also where I got my first taste, going to the school canteen for breakfast, to order a cold glass bottle of Pasgianos. I was immediately hooked. Masry said there’s a nostalgia associated with the drink.

And, yes, we drank soda with breakfast. (Don’t tell my kids.)

Of course, I had to ask Masry what the ingredients are that create the unique flavor …  Well, I tried. “That’s a trade secret,” he said with a laugh.

I went to visit the Pasgianos factory in North Khartoum on a bright sunny morning. In the factory, a seemingly endless stream of bottles were being filled with the sweet soda. The place smelled like blackberry compote. The factory produces 55,000 bottles an hour.

Those I really wanted to talk to here were the famous Pasgianos factory workers. It’s low-wage work, but legend has it that the employees here are so loyal, they only leave if they’re fired. There’s a great respect and love for late founder George Dmitri, who was said to treat his workers like colleagues, not subordinates.

I met worker Abdalla Sidahmed on his break from the assembly line. He was standing in the busy factory yard in a blue jumpsuit. He’s worked here since he was 12. Now he’s 64.

He said he remembers drinking so much Pasgianos when he was younger that he would come home from playing soccer and his wife would say his sweat smelled like the soda.

When I asked Sidahmed if 50 years of his life working here on the assembly line wasn’t enough, he looked at me, startled, and said, “Where would I go then? This factory is my home. To me, it’s like Sudan.”

The other workers around him expressed a similar pride, almost patriotic, in the brand being exclusively Sudanese. In a country with a history of western colonization, it’s satisfying that an indigenous brand has survived the invasion of giant foreign soda brands.

Perhaps, that’s the appeal. This drink’s recipe hasn’t changed, while other sodas have undergone various makeovers over the decades. To me, it tastes today just like it did in my middle school cafeteria. Perhaps it’s that authenticity people love so much.

At last, I enjoyed a Pasgianos for the first time in three years. I tasted black cherry and cardamom. And I also tasted home.

Have you discovered an amazing drink while living or traveling abroad? We want to hear from you. What's YOUR favorite soda, or other drink, that you can't get in the States? Tell us in the comment section.