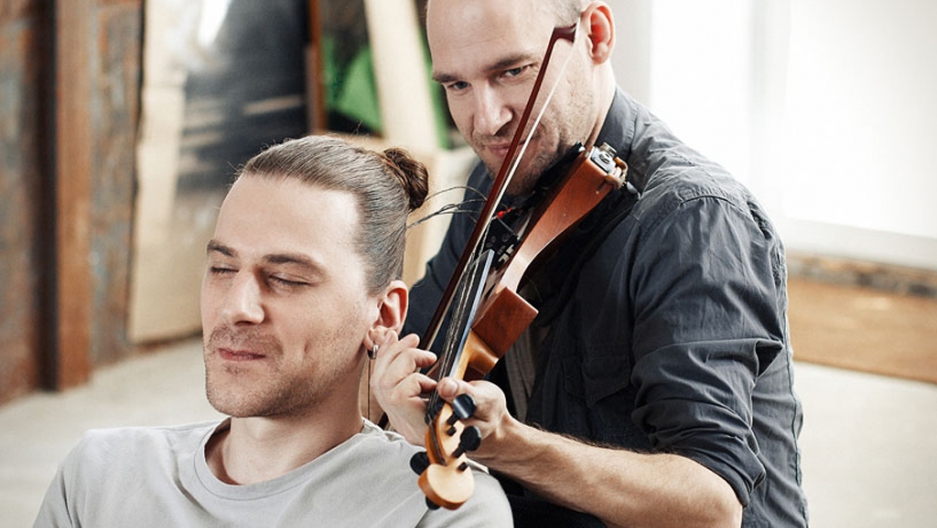 This takes the phrase "stringy" hair to the next level.

Tadas Maksimovas used his long, brown locks as the medium in a recent experiment and performance with famed Lithuanian violinist Eimantas Belickas aimed at proving that music really does have no boundaries.

Maksimovas, who had been growing his hair out for 10 years, agreed to sacrifice his mane to create strings for a violin.

His hair was braided, glued and screwed to the violin while still attached to his head.

Then Belickas performed with the creation, making surprisingly good music.

The pair got together to promote Lithuania's annual Street Musicians Day on Saturday.

Check out pictures of the transformation courtesy of Maksimovas:

Then even finer braids.

The braids are hardened by coating them with layers of glue.

Then meticulously woven in and attached to the violin.

Here is the finished product.

But now the real test. How will it sound when played? As Belickas showed, pretty darn amazing.

Maksimovas is then "cut" from the violin, shaving his head bald after this picture was taken.