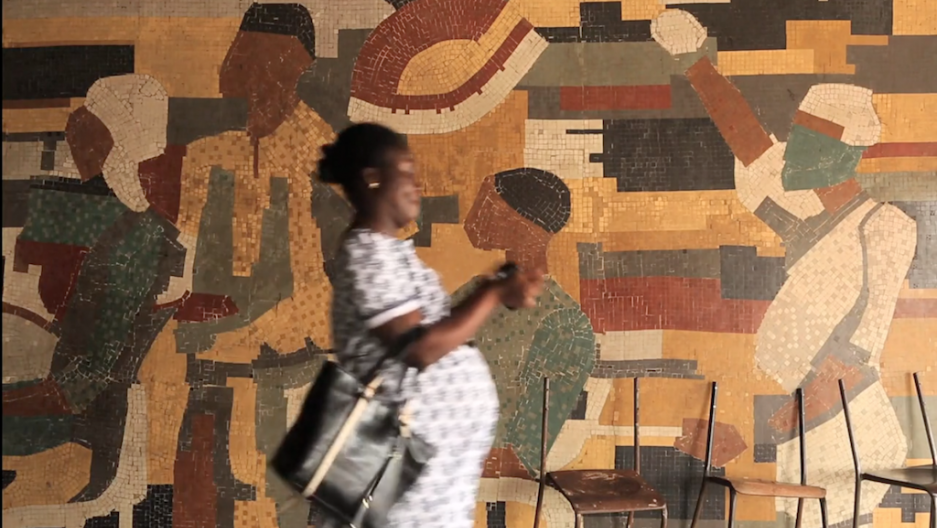 Editor’s note: This story is part of "Birth Rights," a companion series to the Special Report "Laws of Men," produced by The GroundTruth Project. In this video, "Morayo” (not her real name), 21, shares the story of her unwanted pregnancy and illegal abortion. She has not told her mother. Video by Allison Shelley with support from the Pulitzer Center on Crisis Reporting.

In the classy suburb of Ikeja, Catholics prayed the Rosary of the Unborn and sang hymns to the heavens until dawn.

“Each time I hear of a prayer for the unborn, it flashes back to me: ‘Ah, you need to pray for that soul,’” she said, wide-eyed.

Five years ago Mercy, a strict Catholic, got pregnant while volunteering in northern Nigeria, far away from friends and family. Alone and unsure what to do, she went to a private clinic for a secret abortion.

In Nigeria, where abortion is legal only when the life of a mother is endangered, at least 760,000 procedures happen every year, according to the Guttmacher Institute. Birth control is widely stigmatized, misunderstood and inaccessible — especially for youth.

Only half of young Nigerian women surveyed in a 2005 study had heard of contraception. While almost two-thirds had had sex, only 11 percent had ever used birth control — despite the fact that it is free at government health centers.

As a result of these various factors, complications from unsafe, illegal abortions kill between 3,000 and 34,000 women per year, according to Guttmacher and the government. The numbers range widely because of the difficulty of tallying the surreptitious procedures, due in no small part to stigma. The abortion-related death rate in sub-Saharan Africa — where abortion is widely restricted, as in Nigeria — is 860 times that in the United States.

Ninety-three percent of Nigerians self-identify as religious, according to a 2012 Gallup poll.

The country is nearly evenly divided between Christians and Muslims, according to Pew Research, and over 90 percent of followers of both faiths believe abortion is wrong.

Pastors and imams preach that abortion is an abomination. Religious groups lobby the government to keep legal restrictions in place, and religious ideology permeates women like Mercy’s lives, teaching them that motherhood is a central role, and that aborting a pregnancy will condemn them to hellfire.

All-night vigils like the one on this night in Ikeja are a weekly occurrence in the Lagos area, and four-hour services are de rigueur on Sundays. Mega churches, gold-domed mosques and shoddy cinderblock houses of worship dot neighborhoods across the city.

Early in the service, as Mercy listened, Jerry Okwuosa boomed into the microphone in front of the outdoor altar.

To this septuagenarian activist, there is no excuse for abortion.

“If you don’t want a pregnancy, don’t have sex,” he said.

Even in extreme circumstances he sees no justification for what he considers a murderous procedure.

“Because a girl is raped is not a reason for that pregnancy to be aborted,” he said. “Abortion will not un-rape her.”

Okwuosa is retired from the Nigerian Tobacco Company and now fights abortion full time with an organization called the Project for Human Development. Pinned to a grey tunic hugging his broad shoulders and ample belly was a tiny silver footprint, a replica he said, of that of a ten-week-old fetus.

He likened the scope of the global abortion crisis to “a jumbo jet full of babies crashing every day,” and advised congregants to boycott doctors who perform abortions.

Providers have felt the squeeze of the one-to-one advocacy Okwuosa champions.

One doctor who split his time between Lagos and Florida said he used to provide abortions, but he started getting calls from Christians saying, “God is not happy with you, you should stop what you are doing.”

Eventually, he said, he stopped performing the procedures “because of the harassment.”

“You know what Nigeria is like, we pretend to be very religious, even more religious than the people who brought religion to us,” said the doctor, who asked to remain anonymous. “We can expect to have this issue [clandestine abortion] for a very long time.”

But some abortion providers have resisted the public backlash and found bridges between faith and medicine.

Janet is a deacon and a midwife. She works in a pale yellow clinic in Lagos that is funded by an international women’s health organization. Her full name and the organization are withheld to protect her identity.

When women come in with unwanted pregnancies she counsels them and offers a full range of options, including abortion.

“It is her right,” she said simply, “am I the one to help her take care of the baby?”

It is a question Mercy, from the service, asked herself as well.

Upon entering the vigil, she passed a table heaped with literature including a leaflet printed with “consequences” in blood-red type that drips beneath the image of a sleeping baby.

To her, the consequences of her abortion are guilt and stigma.

Still, though she says she could not have raised the child at the time, she imagines the life he might have had.

“When I see kids of that age I can think of my baby,” she said.

The Catholic hierarchy sees abortion as a mortal sin and evil scourge and fights the practice from the pulpit, and in the community. The Rosary of the Unborn, subtitled “Sorrowful Mysteries,” includes a plea for God to “remove the veil of deceit Satan has placed over hearts which portrays promiscuity as a freedom, and reveal it for what it is: slavery to sin.”

“We cannot destroy what we cannot create,” said Sir Frank Okafor, an administrator in the health department at the Lagos Archdiocese. He called abortion a “deliberate way of trying to destroy human life, which the church holds sacred.”

Many of the leaders of both Nigeria’s Christian and Muslim faiths take a parallel stance against abortion.

Across town from the Catholic vigil, on a Wednesday night in the dense Surelere neighborhood, Oustaz Sulaimon Idris set up rows of white plastic chairs in a dusty clearing by his house. The quiet streets curved past cramped cement apartment blocks, two mosques and the Quranic school where Imam Idris teaches.

He told the quiet audience that on the day of judgment aborted babies will greet their parents and demand, “What is the offense I committed to have me not come to enjoy life?” Young women listening in the front row sat rigid, arms crossed. "Whoever does abortion… you kill someone and it’s a very big sin for the almighty God."

Idris is a community imam, but his sermon translated the perspectives of higher-ups in Lagos’ Muslim hierarchy.

“Abortion is un-Islamic,” said the diminutive 91-year-old. His short stature, soft cheeks and watery eyes belied the reach of this spiritual leader.

As the Baba Adinni, or “Father of Religion,” he is a top advisor at the mosque and a member of the fatwa council.

“I think that’s what pushes most of the young girls to do it, because the parents push you away,” she explained. “This is the time she needs her family most.”

Women undergoing these clandestine procedures have to wade through the fear and shame of an unwanted pregnancy in a society where the moral standards surrounding marriage and reproduction, the law and the economy, make finding a solution difficult.

Janet, who provides safe procedures in a sanitary — albeit dusty — clinic in Lagos, is one of the few providers who will perform abortions for free, if necessary. But her organization cannot advertise publicly, given the legal restrictions. The best they can do is what Janet calls “indirect outreach.”

In public markets and even with the youth group at her church, without mentioning abortion, she makes sure women know where it is safe to go and learn about options.

Aside from a few activist providers like Janet, the cheapest abortions are usually the most dangerous, and providers range from traditional herbalists to untrained pharmacists and even to expensive qualified doctors working on the sly.

The laws, which restrict abortion, push it underground and out of reach of government regulation. And since all providers offering voluntary abortions are working underground, there is no way to certify that the doctors are qualified or the procedures safe.

Professor Olasurubomi Ogedengbe, an obstetrician and gynecologist (OB/GYN) at one of Lagos’ top public hospitals explained that there are no “guidelines about who can do it, where it can be done, until what gestational age… a butcher can do an abortion and say it was to save a woman’s life.”

But attempts to loosen the restrictions have been thwarted by powerful religious lobbies.

In 2013 a law passed in Imo state allowing women to have an abortion in the case of rape, incest and for physical and mental health. But the Catholic Medical Practitioners Association waged a public battle against the policy, and under the weight of the pressure, the law was overturned.

For Mercy, any concern with legality was dwarfed by her spiritual turmoil, which only grew after the procedure.

She said she is able to talk about the experience now because it is “a bygone,” buried deep beneath her devotion to her job, her healthy new relationship and hours of church choir rehearsals.

To get to this point of acceptance took numerous confessions and soul searching, she said. And she still takes advantage of special prayer services around abortion when she can.

But to Janet, who has worked at the clinic for 18 years, been a deacon for eight and hopes to find time to become a pastor when she retires from medicine, the divide between religion and abortion need not be so wide.

“There won’t be any conflict with my religion,” she said, “It’s a personal thing between me and my God.”

Allyn Gaestel and Allison Shelley reported from Nigeria with support from the Pulitzer Center on Crisis Reporting. Additional support for this series is provided by the Henry Luce Foundation and the Ford Foundation.