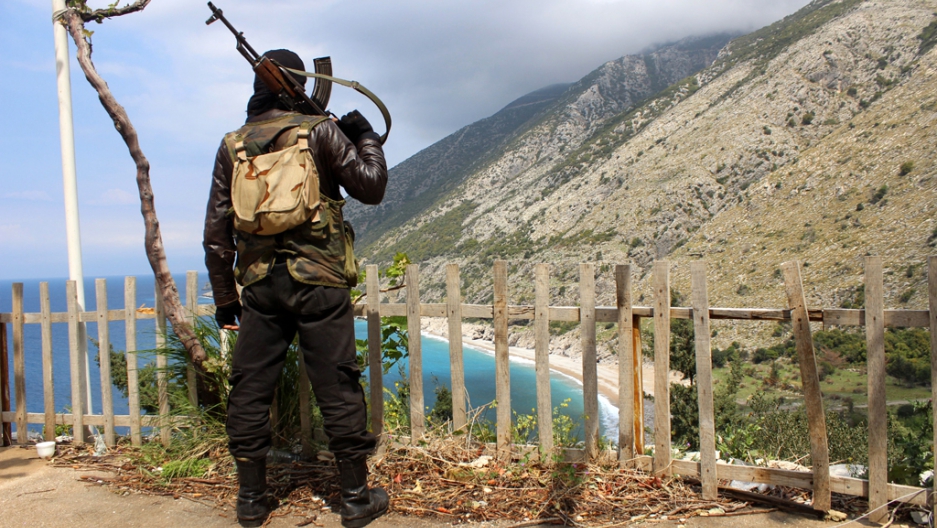 A rebel fighter stands on a ridge overlooking the Mediterranean sea reportedly in the village of Kasab, in the northwestern Syrian province of Latakia, on April 4, 2014.
Credit: AFP
Share

The break-up is official.

The US' designation of Al Nusra Front and ISIL as separate entities just formalizes what is already happening on the ground in Syria.

ISIL and Al Nusra Front have fought increasingly bloody battles against each other, despite both having originated as branches of Al Qaeda. In fact, ISIL is reportedly killing more Syrian rebels than the forces of President Bashar al-Assad are.

Earlier this month, Nusra Front laid out its conditions to stop fighting ISIL: "We will follow the orders of... Ayman al-Zawahiri... to stop any attack from our side against ISIL, while continuing to respond whenever they attack Muslims and all that is sacred to them."

Zawahiri, Al Qaeda's leader, repeatedly called on ISIL to withdraw from Syria last year. Al Qaeda's General Command finally disowned ISIL in February, saying ISIL "is not a branch of the Al Qaeda group . . . does not have an organizational relationship with it and [Al Qaeda] is not the group responsible for their actions."

More from GlobalPost: Day 1,154: This map shows the attacks on medical workers in Syria

"Sheikh Osama [bin Laden] gathered all the mujahedeen (holy warriors) with one word, but you divided them and tore them apart," Adnani said about Zawahiri. He told Al Qaeda's chief, "You are the one who instigated the strife, and you have to extinguish it."

The State Department's announcement on Wednesday clarified that the group previously known as Al Qaeda in Iraq will now go by the name ISIL.

Al Nusra Front, which is sanctioned by Al Qaeda to fight in Syria, was also designated as a Foreign Terrorist Organization and a Specially Designated Global Terrorist entity in its own right. Earlier, Al Nusra Front was simply listed as an alias for Al Qaeda in Iraq.

More from GlobalPost: This disowned Al Qaeda branch is killing more Al Qaeda fighters in Syria than anyone else

The State Department noted that both groups were already designated as foreign terrorist organizations for several months, but "differences over management and tactics have led to an increase in violence between the two groups."

The State Department's designations attempt to financially isolate the groups by prohibiting anyone subject to US law from providing material support or resources to these organizations. Any assets the groups may have in the United States are also frozen.