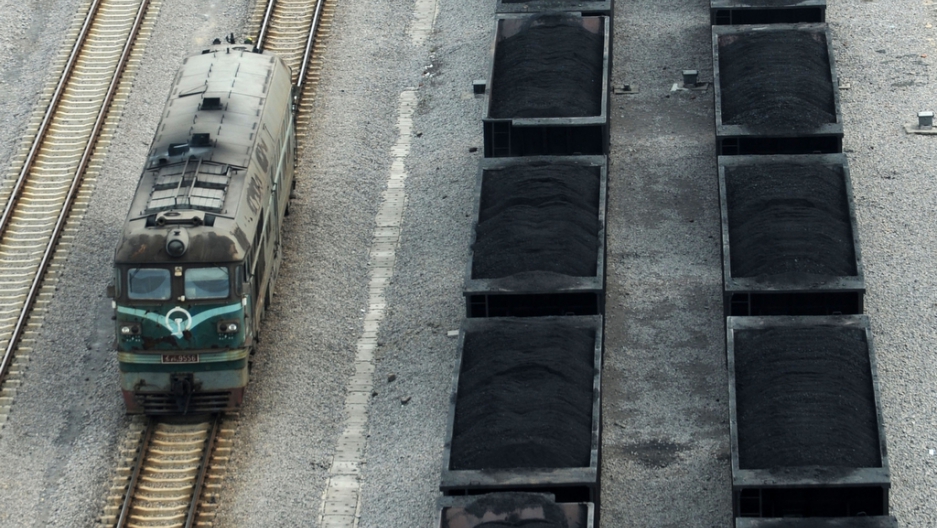 China invests more than any other country in clean energy technologies, but as a US Energy Information Administration report published Wednesday shows, it remains heavily addicted to coal.

Despite Beijing's lofty goals of reducing the country's coal consumption and increasing renewable sources of energy, it continues to rely on the cheap fossil fuel for about 70 percent of its energy needs — as it has done so for at least the past three decades.

For more on that, check out our report "Why China's reputation as the clean energy king is overblown."

In a country the size of China, that means a lot of carbon-belching coal. Little wonder then why the air pollution is so bad. If you need a reminder, look at these photos taken in February.

But how much is a lot?

Well, according to the EIA, China is the top producer and consumer of coal in the world.

But here's the scary bit: China alone produces and consumes almost as much coal as the rest of the world combined.

Here are some other dirty facts about China’s serious coal habit.

China produces nearly four times as much coal as the United States.

China made up 69 percent of the 3.2 billion ton increase in global coal production in the past 10 years.

China's coal consumption rose by more than 2.3 billion tons over the past decade, accounting for 83 percent of the global increase.

Coal accounts for 70 percent of Chinese energy consumption, compared with 18 percent in the US and 28 percent worldwide.