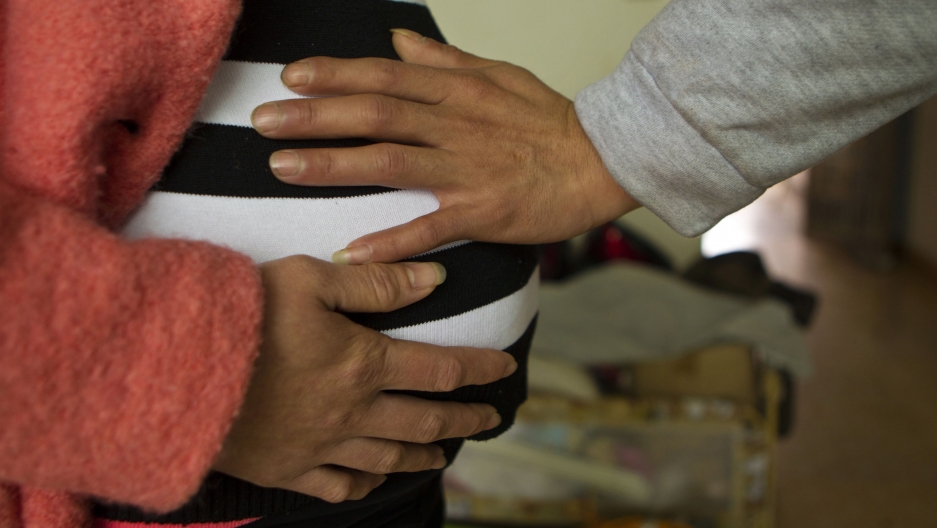 Cesarean sections were intended as emergency surgery to get a baby out of a woman's womb when complications arose during vaginal childbirth. But in some parts of the world, they are almost standard practice for childbirth. Take, for example, Brazil.

“About half of all births are by Cesarean section,” said Marissa Miley, deputy editor of global health for GlobalPost. “And that number is even higher in private hospitals — at 80 to 90 percent,” said Miley.

There are many different and debated reasons for what accounts for these high rates, according to Miley, who recently reported on maternal health and high c-section rates in Brazil.

“I learned about this culture of scheduling in Brazil, where women want to be able to say, ‘Well, I’ll be out of town this week, but my husband will be in town this week and I’d like to have my delivery on a Tuesday,’” said Miley.

There’s also a perception among some women in Brazil that c-sections are more modern and clean. “And a doctor told us that the reason women fear childbirth is not unfounded," said Miley, "because many doctors may refuse pain relief during the delivery process and not allow loved ones in the delivery room."

The pressure on women to have Cesarean section births became international news this past month. That's when a 29-year-old mother of two, Adelir Carmen Lemos de Góes, was forced to deliver her third child by c-section, despite her desire to have a vaginal delivery.

“She described nine policeman showed up at her door demanding that she go back to the hospital. Actually, the hospital sought a court order to force Adelir to have a c-section,” said Miley.

Lemos de Góes’ case is extreme, but forced or coerced c-sections are not uncommon, according to Miley. She spoke with a 34-year-old woman in the northeastern city of Recife who described being forced by her doctor, after just four hours of labor, to get a Cesarean section. “As she describes it, she had already had the epidural. She couldn’t physically walk out of the hospital.”

Brazil is not alone in its sharp rise in Cesarean sections. The US has seen an exponential increase in c-sections. In 1965, just four out of 100 of women delivered via c-section. Today, that number is one in three.

GlobalPost editor Marissa Miley is seven months pregnant herself. “If my doctor says that a c-section is necessary," she said, "I think I’ll want to ask more informed questions about what exactly is going on and if this is indeed the right path forward."

Every birth has its story — and we'd like to hear yours. You can read stories from parents around the world and offer your experience giving birth at PRI.org/BirthStories. Or read and hear more of our ongoing series, The Ninth Month.