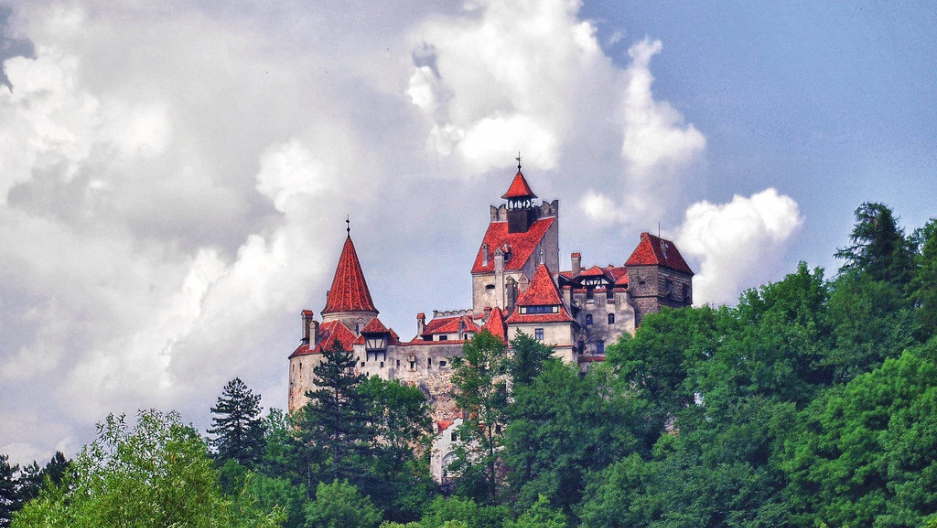 Count Dracula never lived in Bran Castle, in the Transylvania region of Romania, because he was a fictional character.

But look, it’s a Gothic-looking castle in Transylvania — plus, Vlad the Impaler, the historical figure who inspired Bram Stoker’s indelible creation, was reportedly imprisoned here. So it’s no surprise that it’s commonly called “Dracula’s Castle,” and that (like Transylvania’s Hunyad Castle and Poenari Castle in Wallachia) it’s often linked with the vampire legend. And now, you can own it. If you happen to be fabulously, outrageously connected and rich.

Bran Castle isn’t “for sale” in the way a normal house that isn’t a spooky mountaintop fortress haunted by the spirits of the damned undead and their victims might be “for sale.” But Mark Meyer of New York law firm Herzfeld and Rubin says that he’s entertaining offers on behalf of the castle’s current owners, Archduke Dominic Habsburg and his sisters Maria Magdalena and Elizabeth.

You may need to outbid the Romanian government — reportedly, Archduke Dominic offered to sell it to them for $80 million. You’re unlikely to be able to manage upkeep without tourists traipsing through — now 560,000 people a year come to visit. And you have to feel okay about the lack of plumbing — there are bathrooms for visitors, but the ones in the residential part of the castle were destroyed when the castle fell under the control of the communist Ceaușescu regime.

But if you can get past those obstacles, look what you get: bulletproof walls, loads of history (Romania’s royal family lived here until 1948), beautiful hilltop views to spot approaching armies, and so many bedrooms that it might take you years to find out which ones still contain undead brides.