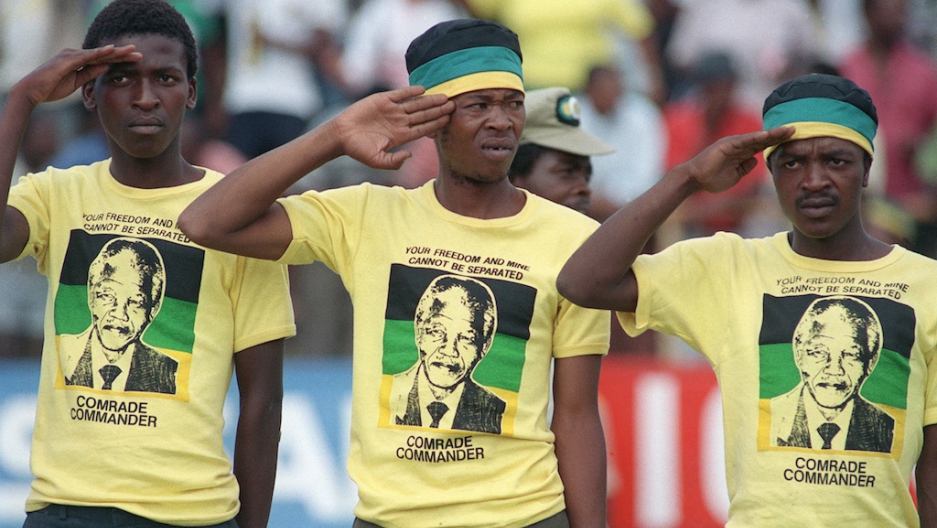 WESTERVILLE, Ohio —This week marks the twentieth anniversary of a rare achievement in the uncertain world of political struggle: the election of Nelson Mandela to the presidency of South Africa and the birth of a new democratic nation.

In the outpouring of tributes to Mandela’s life and leadership upon his death several months ago, many people remembered this triumphant election and Mandela’s transcendent wisdom in negotiating the stormy transition from apartheid to democracy. What most people did not recall, however, was the remarkable set of events that followed.

In 1995, guided by President Mandela and mandated by an act of parliament, South Africa created the Truth and Reconciliation Commission (TRC), a massive, temporary institution whose mission was to reveal the specifics of widespread human rights abuses and to begin repairing the damage from nearly half a century of brutal repression known as apartheid.

To appreciate the magnitude and merit of Mandela’s accomplishments as a national conciliator requires traveling back in time – to South Africa in the middle of 1990, shortly after Mandela’s release from prison in the forty-second year of official apartheid.

When Mandela emerged as the chief negotiator for the African National Congress, he faced not only an entrenched apartheid government but also the beginning of unprecedented volatility in the provinces of South Africa.

From July 1990 to April 1994, nearly 14,000 people died in politically motivated violence, a rate of more than 300 deaths per month. Transposed to the population of the present United States, that would be 110,000 deaths due to political violence in a four-year period – or 2,300 deaths every month. Neither the difficulty nor the urgency of Mandela’s task should be underestimated.

After his election to the presidency, Mandela then worked with a diverse group of leaders to manage the aftermath of apartheid. The result was the Truth and Reconciliation Commission.

To accomplish its goals of gathering truth and promoting reconciliation, the TRC obtained testimony from the victims and the perpetrators of apartheid.

Victims gave testimony to the Human Rights Violations Committee to document the crimes committed against them and their families and to apply for reparations. Perpetrators gave testimony to the Amnesty Committee to inform the nation of the specific crimes they carried out during apartheid and to obtain amnesty for these crimes – acts that were illegal even under apartheid law.

If the crimes were judged to be politically motivated, and if the perpetrators made full disclosure, they were given amnesty. Freedom was granted in exchange for truth.

Listening to the victims’ stories made sense for healing the wounds of apartheid, but the idea of granting amnesty to violent perpetrators faced understandably passionate opposition.

Heinous crimes had been committed. Tens of thousands of people had suffered lasting harm from these specific crimes, and millions had endured profound hardship due to the laws of apartheid.

One reasonable approach, then, would be to punish those who had committed the wrongdoing.

Set in motion by the forceful persuasion of Nelson Mandela and Desmond Tutu, the amnesty hearings proceeded from 1996 to 2001.

Acting as an itinerant axis mundi, the Amnesty Committee moved from Durban to Pretoria to Johannesburg to East London to Pietermaritzburg to Cape Town, hearing hundreds of amnesty cases and sending several resonant messages throughout South Africa: Truths about widespread human rights violations will be uncovered, secrets of illegality will be disclosed, government crimes will be illuminated and perpetrators will be held publicly accountable for their crimes.

The TRC that transformed an emerging set of principles for finding truth and resolving long-term national conflicts into an established tradition, a tradition that continues today in those countries working to adapt its principles to their own traditions.

Two truth commissions completed their work in 2012 – the Gacaca system in Rwanda and the Truth, Justice and Reconciliation Commission in Kenya.

In Canada, a truth commission is currently in operation, endeavoring to investigate and repair the damage inflicted by more than 120 years of the Canadian government’s program of Indian Residential Schools. Each of these commissions drew on the work of the South African TRC.

For those countries traumatized by widespread injustice or sustained violence, the findings of the TRC represent news in the making, but for the rest of the world, the TRC remains the day before yesterday.

Over the next generation, however, as policy makers and community leaders continue to study the TRC, awareness of its principles will grow and propagate.

Within a generation, the TRC is likely to become both news and history. Even with its flaws and limitations, the TRC stands as an enduring example of the potential for restorative justice on a national scale and a prototype for other national truth commissions.

More generally, after the basic concepts of restorative justice enter the cultural lexicon, it is only a matter of time before they enter political discussions and national public policy.

For many nations, Nelson Mandela’s South African legacy will then become a bold possibility – a realistic solution for investigating and reconciling large-scale violations of human rights and constitutional guarantees. Indeed, we may someday see such a truth commission in the United States.

Robert Kraft is a professor of psychology at Otterbein University in Westerville, Ohio. He is also the author of “Violent Accounts: Understanding the Psychology of Perpetrators through South Africa’s Truth and Reconciliation Commission” (NYU Press, 2014).