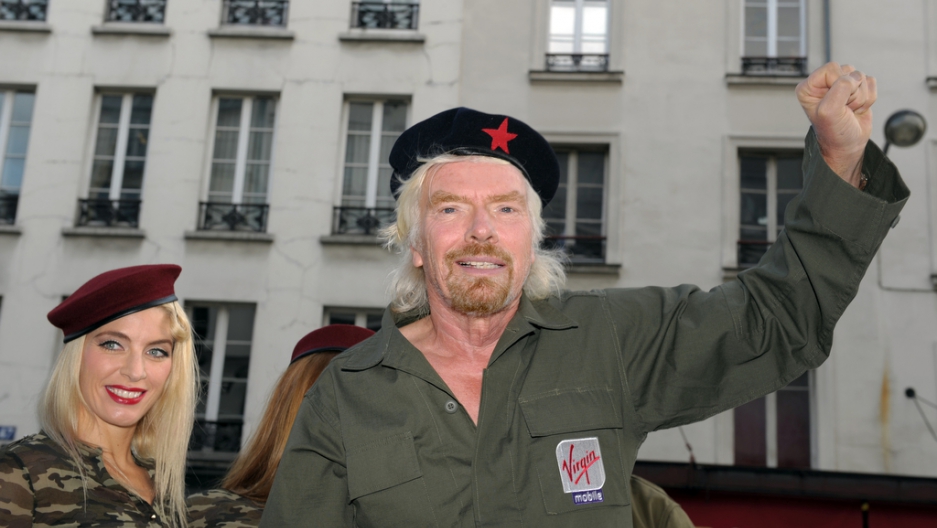 When you have as much money as Sir Richard Branson you can pretty much do whatever you want. Branson and his family ranked 24th on The Sunday Times Rich List with a personal fortune of GBP3.6 billion.
Share

Britain is the billionaire capital of the world, at least on a per capita basis.

A total of 104 billionaires call the UK home, according to The Sunday Times Rich List, which is due to be published on May 18.

That’s a rise of 16 from the 2013 survey and is more than triple the number from a decade ago. It's also the first time the figure has topped 100.

Their combined wealth of GBP301 billion ($508 billion), versus GBP245 billion in 2013, is the equivalent of Norway’s gross domestic product and is more than twice the value of the Irish economy.

It's also higher than pre-recession levels of 2008.

Only one of the top 10 richest billionaires — the Duke of Westminster, who ranked 10th with a personal fortune of GBP8.5 billion — is originally from Britain.

Not surprisingly, most of the billionaires live in London. The city has 72 sterling billionaires, well ahead of Moscow and New York, which have 48 and 43 respectively.

But if you have more money than you could possibly need in several lifetimes, why would you choose to live in the UK, which, let's be honest, has some of the worst weather in the world?

“London is the financial centre of the world, it straddles time zones so people can get the best financial advice trade, the tax regime is good and they feel safe here,” Phillip Beresford, the author of the rich list, was quoted as saying.

Aha, there it is: Britain’s lenient tax regime. Indeed, that is a major attraction for mega rich people loathe to part with their money.

Unlike the United States, UK residents registered for non-domiciled status don’t pay tax on their global wealth, only on their British income. So if you run a multi-national company, that’s a huge saving every year.

And while nearby France might have better weather than the UK, the government there has slapped a 75 percent take on the super wealthy.

Having a mere billion in the bank is no longer enough for inclusion among the top 50 ridiculously rich people. The entry point is now GBP1.7 billion, compared with GBP700 million a decade ago.