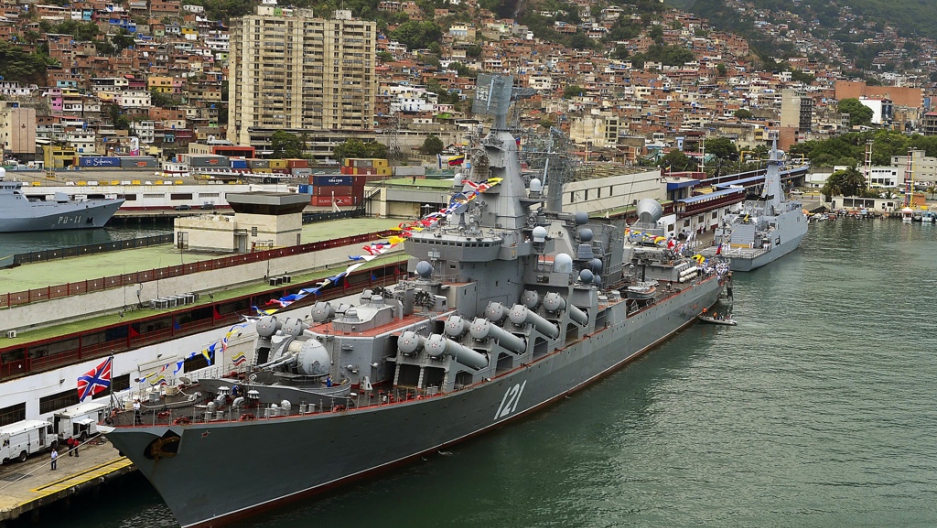 RIO DE JANEIRO, Brazil — Russia's push into Ukraine has put many on edge. But less known is that Russia is also strengthening its military links south of the Rio Grande and re-establishing itself as a power in the region.

Vladimir Putin has been strengthening military links here, and Russia is now the largest arms dealer to governments in Latin America, surpassing the United States. Russia has even floated the possibility of building new military bases in Cuba, Venezuela and Nicaragua, and putting its warships permanently in the Caribbean.

In the midst of the Ukraine crisis, Russia’s top diplomat Sergei Lavrov recently visited Cuba, Peru, Chile, and Nicaragua, where he announced that Russia would also pour money into the new Central American canal project.

Arms selling is a free market, and if Russian companies can offer cheaper and better guns than US or British ones, they have the competitive edge.

Many of this region’s leftist governments are also more suspicious of US military power, which has historically sided with dictatorships across South America, even as it challenges Cuba.

However, the influx of Russian planes and missiles has ruffled some feathers.

A continued presence of US military bases in countries such as Colombia and Honduras and in Guantanamo Bay also raises the specter of a return to the superpower standoff that ruptured the region during the Cold War.

Latin America’s largest country held meetings on new arms sales from Russian companies during a visit by Russian Defense Minister Sergei Shoigu in October, and further developments on the deals emerged in March.

Among the weapons on the table are the Pantsir-S, a missile air defense system that can take on targets flying at low altitudes, and the Igla, a portable surface-to-air missile. Russia is also trying to sell its Sukhoi-35 fighter jets to the South American giant.

Estimates put the contracts in the multibillion-dollar range.

Brazil’s left-leaning government has been a heavy critic of the US NSA spying program, while being largely friendly to international business interests.

The late Hugo Chavez became renowned for his opposition to the United States while he courted countries from Iran to Russia. His replacement, Nicolas Maduro, has carried on the tradition.

Under Chavez, Venezuela bought some $5 billion worth of military hardware from Russia, including fighter planes, helicopters and assault rifles.

Chavez also stirred the pot by allowing Russian warships, including the nuclear-powered cruiser Peter the Great (below), near its Caribbean coast.

Maduro announced his country would continue to buy Russian weapons when he took power last year.

Then in February, Defense Minister Shoigu revealed he was in talks to build bases in Venezuela, Cuba and Nicaragua for Russian warships.

“The talks are underway, and we are close to signing the relevant documents,” Shoigu told reporters in Moscow.

However, while the announcement raised shockwaves, very few details have emerged.

With the history of the Cuban missile crisis, Russian military presence on the Caribbean island perhaps strikes the loudest chord.

Throughout the late 20th century, the Castro government based its defense system — and its economy — on help from the Soviets.

While most of this support evaporated with the Soviet Union’s collapse in 1991, Russia has revived the relationship in recent years.

In 2011, the allies revealed new contracts for Cuba to make Russian guns and bullets, including an assembly line for 7.62-mm rounds used in Kalashnikovs at the Comandante Ernesto Che Guevara factory.

However, a new base and potential presence of Soviet warships would up the ante considerably.

The Sandinista government also received some help from the Soviet Union back in the 1980s, to fight the wrath of the US-backed Contras in one of the most notorious Cold War battlegrounds.

While the re-elected President Daniel Ortega has abandoned many of his socialist leanings of old, he has reinvigorated this relationship with Moscow.

Speaking to his army in April, Ortega announced new support from the Russian Federation.

“It’s just as important now to defend our right, the right that we Nicaraguans have to arm ourselves, to strengthen ourselves militarily; we have to modernize the army to provide these services,” Ortega said, according to the Nicaragua Dispatch. “It’s just that simple.”

Among the support, Russia has promised helicopters and Tiger urban assault vehicles for the war on drug gangs.

However, Nicaraguan officials themselves have raised questions about the announcement of the Russian base, which could be against Nicaragua’s constitution.

There have also been significant Russian arms sales to Bolivia and Peru, and discussion of new deals with Chile and Argentina. The United States has particularly strong links to armies in Mexico, Colombia and Honduras, which it supports in antidrug efforts.