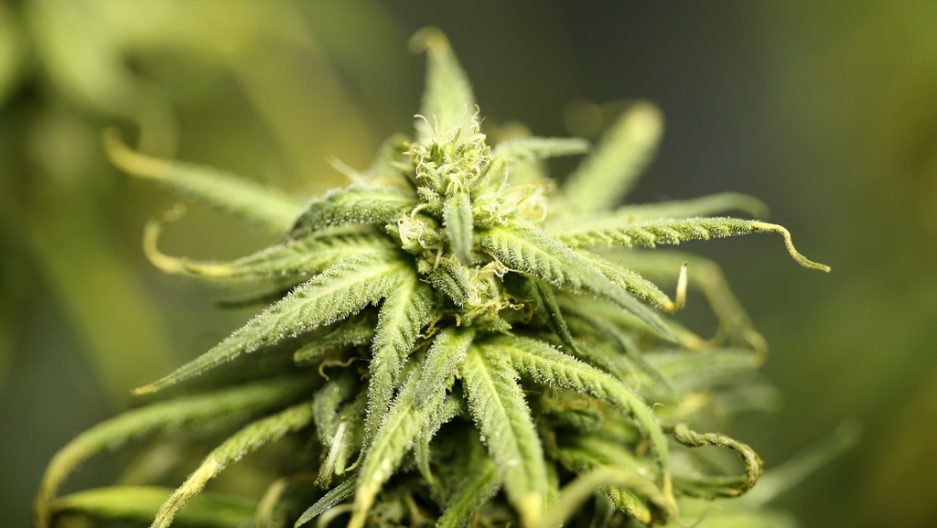 MONTEVIDEO, Uruguay — The big news in Uruguay right now is the release of the government’s long-awaited regulations for legally growing, selling and using marijuana.

The rules limit personal pot cultivation to six plants and allow adult residents to buy 10 grams of government-sanctioned weed per week. (Not that any official marijuana has so far been grown on Uruguayan soil, and there's even been talk of importing the stuff from Canada.)

But as the government sketches out its new pot paradigm, the streets of Montevideo tell a parallel story: Weed — especially good, fresh, locally produced weed — is increasingly plentiful, cheap and still very much for sale on a black market that shows no signs of slowing down.

Indeed, encouraged by their government’s, and society’s, increasingly liberal approach to pot young Uruguayans said they are growing more and more marijuana. The Uruguayan daily El Observador has reported a surge in cannabis growing collectives that led to a bumper harvest in April, calling it a “cannabis spring.”

The number of weed farmers in the country has reportedly more than doubled in the last year to about 50,000.

Cannabis that isn’t consumed by individual growers is finding its way onto the street. Prices of locally grown “cogollo” (slang for quality bud as distinguished from dry, imported Paraguayan cannabis) have dropped by 20 to 30 percent in recent weeks, according to interviews with several regular pot buyers in Montevideo.

“My friend bought some cannabis a couple of weeks ago, a really good quality called ‘critical mass,’” said 23-year-old student Facundo Cabrera. “He paid about 2,000 pesos [$150] for 25 grams. A year ago, if you could even find it, it would have cost double that.”

More from GlobalPost: The next hotbed for medical marijuana research

Cabrera, like many of his friends, has started to grow a few plants in a well-lit alcove of his apartment in central Montevideo. The plants aren’t yet registered. Cabrera said he hopes to more than supply his own needs in future months from his small plantation.

Herein lies a paradox for the Uruguayan government.

The core purpose of the new law is to combat illicit marijuana sales by bringing the pot market “out of the shadows,” as officials have repeatedly said. The government wants to do that by allowing marijuana consumers to grow their own, either at home or in collectives, and by selling strictly controlled supplies of weed from government-approved producers in pharmacies.

The plan will put the state in control of the world’s first legal national marijuana industry, going further than The Netherlands and US states like Colorado and Washington. The Wall Street Journal estimates the market could be worth $40 million annually, with 8 and 22 tons of marijuana traded each year.

But there isn’t any government pot yet on the shelves. What does appear to be sprouting is an amateur growers’ free-for-all. So now, fresh weed supplies could be boosting the very black market that’s supposed to be suffering under the new laws.

Diego Canepa, president of Uruguay’s national drug board, said he couldn’t confirm the increase in supply or drop in prices. But he explained that any temporary increase in illegal pot sales will be taken care of once the government starts selling it later this year.

“We’ve already proved that we can provide better-quality, cheaper cannabis and that’s what we’re going to do,” Canepa said.

“People are getting a taste for the better stuff,” Baz-Martins said. “Before, it was considered a luxury. People didn’t really advertise they had good pot to sell. Now, it’s much less taboo.”

In this way, the government’s new approach is having at least one intended effect — turning users away from the illegal, imported pot that’s smuggled into the country by narco-traffickers.

But even under the new laws any pot dealing outside the officially sanctioned government supplies remains illegal.

The new regulations include a 180-day amnesty for pot growers to register with the government. But growers like Cabrera said many marijuana users have been put off the requirement to register and have their cannabis habit tracked by officials.

There’s also an attitude among young pot growers that they won’t really get into trouble if they flout the laws somewhat, Cabrera said. Growers aren’t worried about the authorities catching them with 10 plants instead of six because nobody really believes they will get into serious trouble, he said.

So, Cabrera added, the likelihood is that more and more cannabis users will simply choose to grow their own and to sell off any excess weed they produce to friends and acquaintances.

“A lot of the fear of the cops or whatever has gone,” Cabrera said. “Now, you have a lot of kids basically asking their parents ‘Mom, can I grow?’”