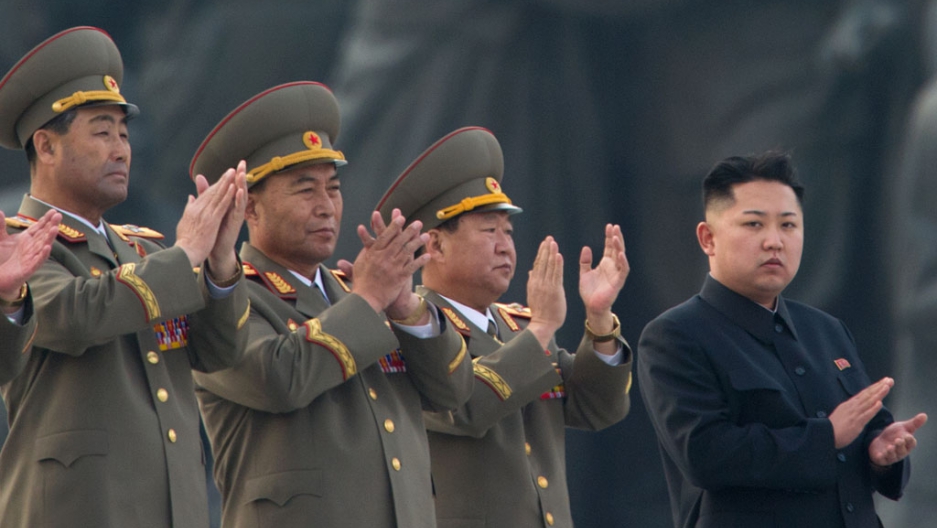 The United Nations released a report on North Korean human rights abuses in February, stating categorically that the country’s violations were “without any parallel in the contemporary world.”

North Korea, unsurprisingly, takes exception to that claim. North Korea, in fact, thinks it has a definite competitor for worst human rights abuses ever. North Korea would like to give that crown to the United States.

Last week the Korean Central News Agency, the official state media, released its own report showing that the United States is, and I quote, “a living hell.” It concludes: “The US is the world's worst human right abuser and tundra of a human being's rights to existence.”

And here’s the thing: This report actually makes some good points. Here’s a rundown of some of the more checkable, less histrionic claims.

"The U.S. true colors as a kingdom of racial discrimination was fully revealed by last year's case that the Florida Court gave a verdict of not guilty to a white policeman who shot to death an innocent black boy."

George Zimmerman wasn’t a policeman — indeed, that’s where some of the outrage comes from — and there are plenty of Americans who would say that the Florida court’s verdict was not racially motivated. But we can say with certainty that thousands of Americans -- and probably many, many more -- would agree with this statement without hesitation.

"That's why 52 percent of the Americans have said that racism still exists in the country while 46 percent contended that all sorts of discrimination would be everlasting."

"At present, an average of 300,000 people a week are registered as unemployed, but any proper measure has not been taken."

The Bureau of Labor Statistics exists primarily to take proper measures of this sort of thing, and they’re taking them all the time. That’s how we know that the 300,000 new jobless claims a week thing is ... actually a little low. The current four-week moving average is 320,000 initial claims per week, up from the previous week’s average of 317,000. That doesn’t necessarily mean 320,000 people a week get laid off; it could be more or less. This is just a measure of how many people make unemployment claims for the first time. And it’s worth noting that in general, unemployment is on its way down. But saying that “an average of 300,000 people a week are registered as unemployed” is, if anything, a slight understatement.

Wherever this data comes from, it doesn’t track with the Federal Housing Finance Authority. According to their data, the House Price Index (which includes refinancing) was 2.32 percent higher in the first quarter of 2013 than in the previous four quarters (Q1 through Q4 of 2012), and the purchase-only index was 7.07 percent higher. The latest data shows a 6.9 percent increase in the seasonally-adjusted purchase-only index between February 2013 and February 2014. That’s an upward trend, but not as steep as North Korea is claiming.

"The number of impoverished people increased to 46.5 millions last year, and one sixth of the citizens and 20-odd percent of the children are in the grip of famine in New York City."

That poverty figure is straight out of the latest Current Population Survey — 46.5 million Americans live below the poverty line. And the New York City Coalition Against Hunger agrees that about 20 percent of children, or one in five, live in food-insecure homes.

"The U.S. government has monitored every movement of its citizens and foreigners, with many cameras and tapping devices and even drones involved, under the pretext of 'national security.'"

Yeah, we remember a bit of a dust-up about this.

"Meanwhile, bills on easing arms control were adopted in various states of the country, boosting murderous crimes. As a result, the U.S. has witnessed an increasing number of gun-related crimes in all parts of the country and even its military bases this year. In this regard, the United Nations on April 10 put the U.S. on the top of the world list of homicide rates."

This gun stuff is fishy; reliable statistics on firearm violence aren’t up-to-the-minute accurate. Certainly it feels like there’s been a lot of gun crime in the last year, but the most recent study from Pew — which only goes up to 2011 — found that gun crime was down almost 50 percent since 1993, but also that people perceive it as being higher. This bullet point may be cognitive bias at work.

The UN thing is totally wrong. The Americas were high on the list, but not the US; Honduras and Venezuela were at the top.

"The U.S. also has 2.2 millions of prisoners at present, the highest number in the world."

That is accurate, according to the International Centre for Prison Studies. North Korea could even have added, without exaggeration, that this is almost half the people incarcerated worldwide.

Welp, guess we’re a living hell after all! I am probably not moving to North Korea, though.