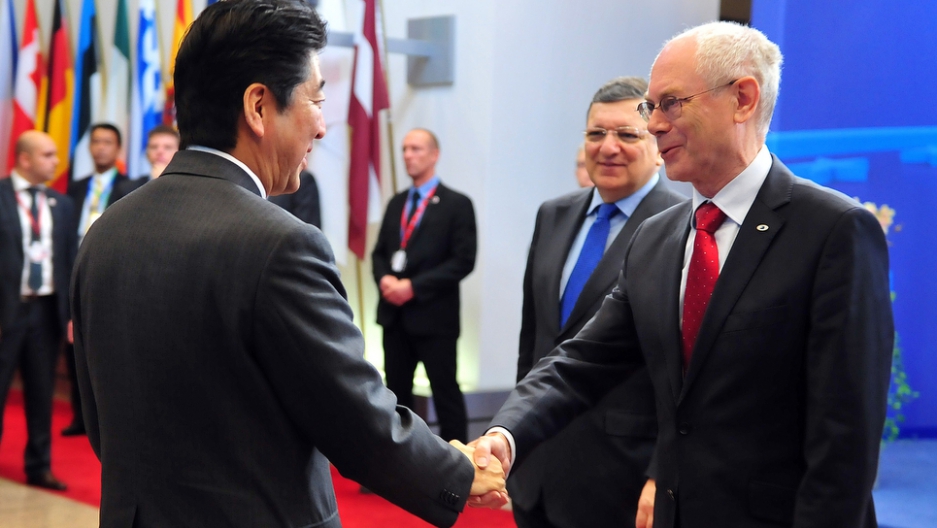 Should Japanese haiku poetry become the new language of diplomacy?

“Once come May spring ushers in life everywhere; Laughing blossoms,” said Van Rompuy, who has been composing haiku poems for years and has even published a collection of his work.

As is so often the case with diplomatic speak, we’ve got no idea what it really means.

Is there a deeper political message within the three lines of verse?

After all, the two leaders were meeting against a backdrop of growing tensions in Ukraine and negotiations on a free trade agreement.

Whatever the significance of the five-seven-five syllable structure, Abe seemed to get it and he immediately responded in kind.

“Lovely spring evening; How deeply do I appreciate the hospitality at an old castle,” the Japanese leader said through an interpreter.

Abe was clearly referring to a dinner on Tuesday hosted by Van Rompuy at an ancient chateau.