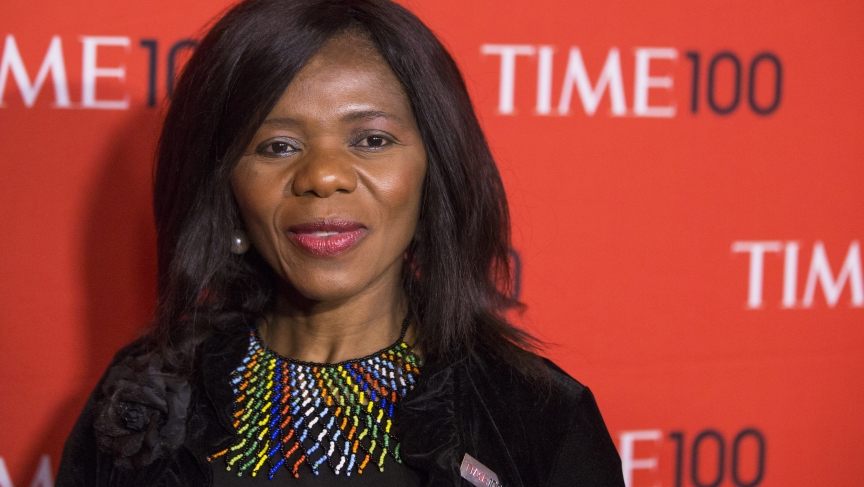 In the office of the public protector in central Cape Town, Teko Mofokeng leaned forward in his chair, waiting for his number to be called. Mofokeng is from Gugulethu, a low-income neighborhood on the outskirts of Cape Town, where most people live in shacks. He said his area has a serious problem with drainage.

“When it rains, then water comes into our houses, right through the front door,” Mofokeng said. He claimed he has notified many government offices, but no one has done anything about the problem. “So that’s why I came to the public protector,” he said.

The public protector is South Africa’s ombudsman — someone the public can turn to when the government doesn’t do its job. Ruthven van Rensburg, director of the public protector’s Western Cape branch, said the office received more than 40,000 complaints last year. Most of them, he said, are mundane problems, like delays in the issuing of identification documents and birth or death certificates.

But when the current public protector, Thuli Madonsela, took the position in 2009, her office began taking on bigger cases — including one that reached the highest level of government.

For the past few years, South African President Jacob Zuma has been caught up in a massive corruption scandal. It’s alleged he oversaw a $23 million renovation to his private home in Nkandla, South Africa, and paid for the project with government funds.

Speaking to parliament, Zuma claimed the improvements were necessary. “On the basis of a risk security assessment, I was approached to allow security upgrades to be made to my Nkandla residence,” he told fellow politicians.

Critics, however, noted that the upgrades included an amphitheater, swimming pool and curtains worth thousands of dollars. Zuma denied knowing that these more luxurious upgrades were happening.

The government agency that oversaw the renovations launched an internal investigation, and concluded there was no wrongdoing on Zuma’s part. But that’s not really surprising, according to Danwood Chirwa, a law professor at the University of Cape Town. He says many government agencies have a poor track record when it comes to investigating corruption — including the police.

“In South Africa, the institutions that are supposed to be dealing with corruption are not doing it,” Chirwa said.

A constitutional law expert named Pierre de Vos and a political party called the Democratic Alliance asked the public protector, to investigate the claims. Madonsela agreed, and two months ago, at a highly anticipated press conference, she released a scathing 447-page report on the alleged security upgrades.

Madonsela’s report found Zuma and other officials guilty of “improper conduct and maladministration,” and recommended that Zuma pay back 20 million rand (roughly $2 million), the cost of upgrades that could not possibly be considered security enhancements.

But because the public protector’s office doesn’t have legal power to enforce its own recommendations, Zuma is unlikely to pay, Chirwa said.

“[It's] only a recommendation. It is not binding and it cannot be enforced in court,” Chirwa said.

But Chirwa said the public protector does have a certain power.

“The public attention her reports generate is itself a means of enforcement — and I think that is the only powerful tool she has,” Chirwa said.

A few weeks after the public protector’s Nkandla report was released, thousands of people marched in Cape Town to protest government corruption. Archbishop Emeritus Desmond Tutu was among dozens of religious leaders who led the procession.

Dean Michael Weeder of St. George’s Cathedral in Cape Town, who helped organize the event, said it was also a statement of support for the public protector.

“She’s really set us a good example as South Africans, of how to hold the line, and to preserve the integrity of [the] office,” he said.

Cecile-Ann Pearce took part in the march, holding a sign that called for an end to corruption. She said she’s disgusted the government would spend 240 million rand upgrading the president’s home.

“That could feed more than a million people in this country, or give decent housing to people,” she said.

Pearce added that when national elections are held on Wednesday, she will not vote for President Zuma’s ruling political party, the African National Congress — the party of Nelson Mandela.

“I’ve never thought I’d not vote for the ANC. But this time around, unfortunately, I won’t,” she said.

The reason? The corruption revealed by the public protector’s report.