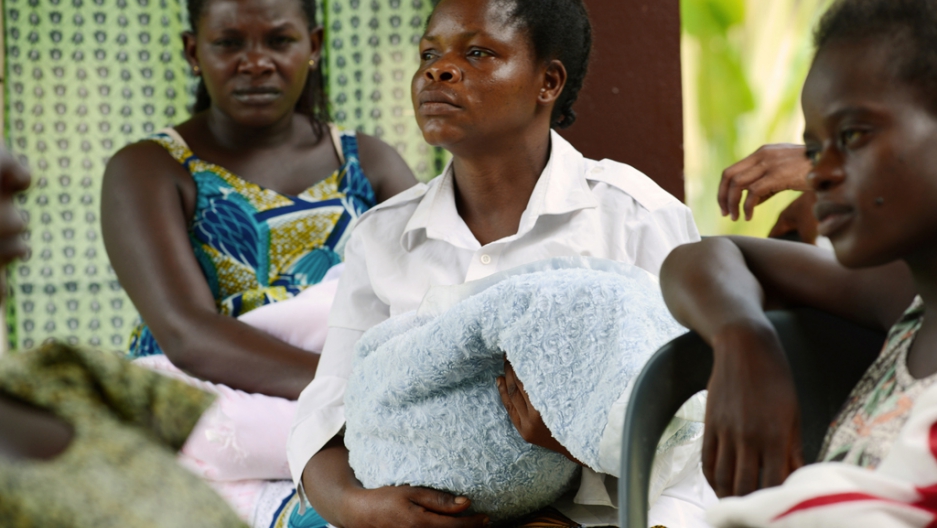 Women hold babies in their arms at the maternity ward of Binza, outside Kinshasa, in The Democratic Republic of Congo.
Credit: Junior D. Kannah
Share

It’s not often that you see the United States grouped together with the Democratic Republic of the Congo, Syria, and the Philippines – particularly when it comes to health care.

But in the 2014 Save the Children’s State of the World’s Mothers report, published Monday, those four countries were the featured subjects of an in-depth look at how humanitarian crises are negatively impacting maternal and child health.

The nonprofit’s 15th annual issue ranks 178 countries based on how hard it is to be a mother, from easiest to most difficult. While the four countries profiled in the report vary in placement on this list, (the US at #31; DRC at #177; Syria at #115; Philippines at #105), they have more in common that you might think. All four countries have seen particularly poor health outcomes for the most vulnerable and disadvantaged women and their children during times of crisis.

An estimated 800 women die every day from largely preventable pregnancy-related causes, according to the report. More than half of these deaths occur in places where risk of conflict is high, as is vulnerability to natural disasters.

In Syria, for example, years of war have weakened health care systems and prevented access to prenatal, delivery, and postnatal care for many women. In the US following Hurricane Sandy, poor, uninsured and underinsured women fell at the mercy of insufficiently resourced hospitals for prenatal care.

Save the Children’s “Mothers’ Index” uses five metrics to calculate the rankings: a woman's risk of maternal mortality, the under-5 child mortality rate, a woman's expected formal schooling, the country’s gross national income per capita, and the participation of women in government.

Based on these factors, the top five countries on the list are Finland, Norway, Sweden, Iceland, and the Netherlands. The bottom five countries are Somalia, DRC, Niger, Mali, Guinea-Bissau, and the Central African Republic.

The report’s authors note that most of the countries at the bottom of the list have recently emerged or are in the midst of a humanitarian emergency. Periods of instability — whether from a natural disaster like Hurricane Sandy or an armed conflict like the civil war in Syria — can disrupt health care systems and reverse progress.

Coinciding with Save the Children's report and leading up to Mother's Day in the US, several organizations have published new data on maternal mortality. Today, agencies at the United Nations reported that maternal deaths have fallen by 45 percent since 1990, and that one in four deaths are caused by preexisting conditions such as diabetes and HIV. Two additional research studies – one on maternal mortality, the other on child mortality – were published online in the British medical journal The Lancet last week. Those papers, conducted as part of the Institute for Health Metrics and Evaluation’s 2013 Burden of Disease study, found that only 16 countries are on track to meet Millennium Development Goal 5 — which seeks to reduce the maternal mortality by 75 percent — by the 2015 target, and only 27 are on track to meet MDG 4, which aims to reduce child mortality by two-thirds.

To improve the situation for women and children around the world, particularly for those in unstable countries, “The conclusion is obvious,” the Save the Children authors write in the report. “Ending preventable deaths of mothers and children will not be possible until such countries become more stable and health care more accessible.”

Among Save the Children’s recommendations: prioritize making health care accessible to mothers and newborns, invest in women and girls, promote crisis preparedness, and devise emergency responses that account for the unique needs of mothers and children.

Save the Children also calls for donors to increase health aid to crisis-impacted states “through funding mechanisms that are flexible and able to respond to different and changing contexts.”

More from GlobalPost: Expectations: A mother-to-be heads to Brazil to report