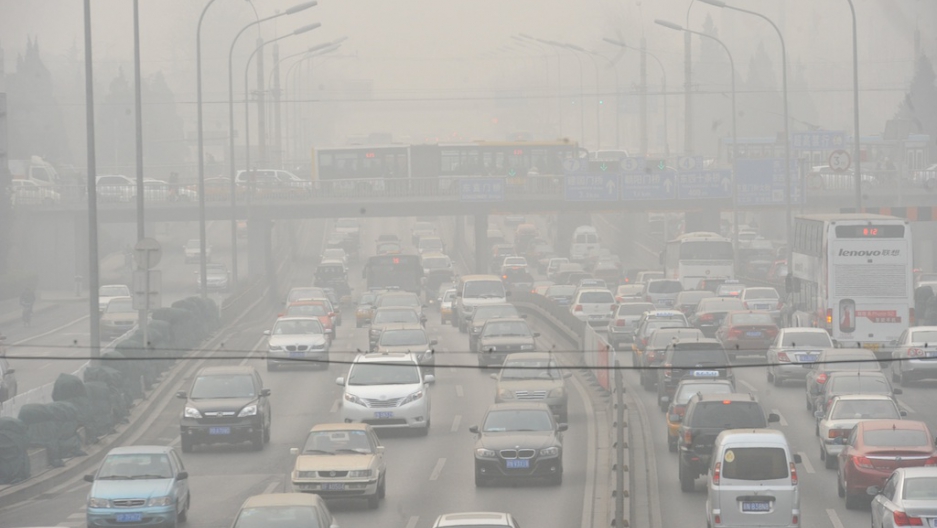 Vehicles make their way along a road on a smoggy day in Beijing. Beijing's government bowed to a vocal online campaign for a change in the way air quality is measured in the Chinese capital, one of the world's most polluted cities.
Credit: STR
Share

Need a breath of fresh air in smog-plagued China? Go for a drive.

Automakers like Volvo, Nissan and PSA Peugeot Citroen are adding internal air purifiers to their new models to give Chinese drivers better air in their cars than they would breathe if they were walking outside.

So, instead of this:

You can shut out the world (and reality) and feel like you're driving in this:

It sounds like another sad chapter in China's losing battle with air pollution. But consumers at a recent auto show in Beijing sounded excited about the new technology.

"It is definitely an important index for people who are looking to buy a car," visitor Wang Jiran told Agence France-Presse. "For the sake of family members' health."

Nissan, for example, offers a "Forest AC" system in its Infiniti models that not only filters the air, but also emits a fresh, leafy odor to keep drivers calm and alert and make them feel "closer to nature."

French automaker PSA Peugeot Citroen's filter system (seen below) is so advanced it only turns on in polluted environments.

Drivers can also add a layer of porous charcoal to capture toxic gases as well as particles, according to Patrick Andre, chief of PSA's air filtration research team.

Perhaps the Chinese government could add this advancement in technology to its list of reasons why pollution is actually good for us.