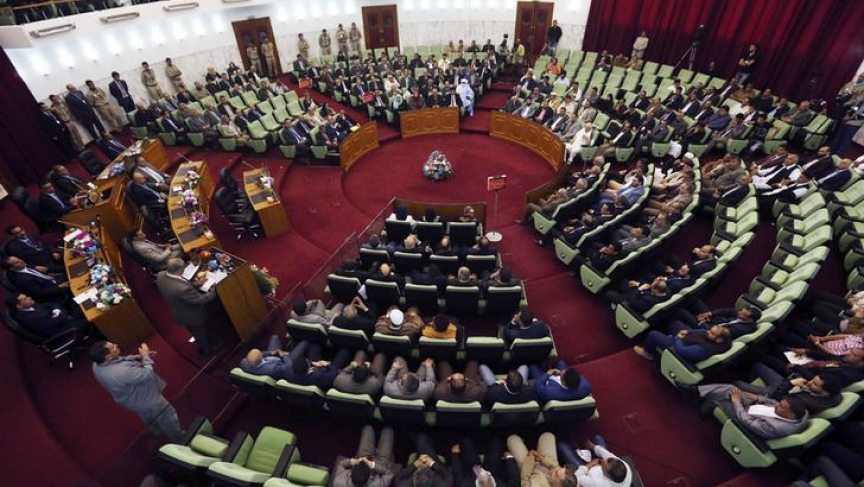 Members of the special body tasked to draft a new constitution for Libya and members of the General National Congress (GNC) gather during the body's first meeting in Bayda April 21, 2014.

Libyan businessman Alaeddin Muntasser says he no longer follows politics in his country. "What's the point of following these corrupt officials who do nothing to improve the situation in Libya?" he asks.

Then on Monday, the chairman of the National Congress confirmed Maitig's appointment via a decree.

According to businessman Muntasser, one thing that all the leaders since Gaddafi have in common is a "lack of seriousness."

He says they all failed to improve conditions for Libyans. He points to the country's outdated communication system and a lack of a robust health care system. "I try and schedule my dental appointments on my business travels [in foreign countries]," he says.

And security has also deteriorated "beyond imagination," Muntasser says. He recently purchased a new car and won't drive after sunset or far away from his home.

"Every time I get a phone call from my family, instead of being happy, [I] get scared — you're wondering, is this the call where they tell me something bad has happened?"

He says either things will change, or there will be another revolution. "People are getting fed up. With the security and political situation that we're in, how long are we going to stand for it?" he wonders.