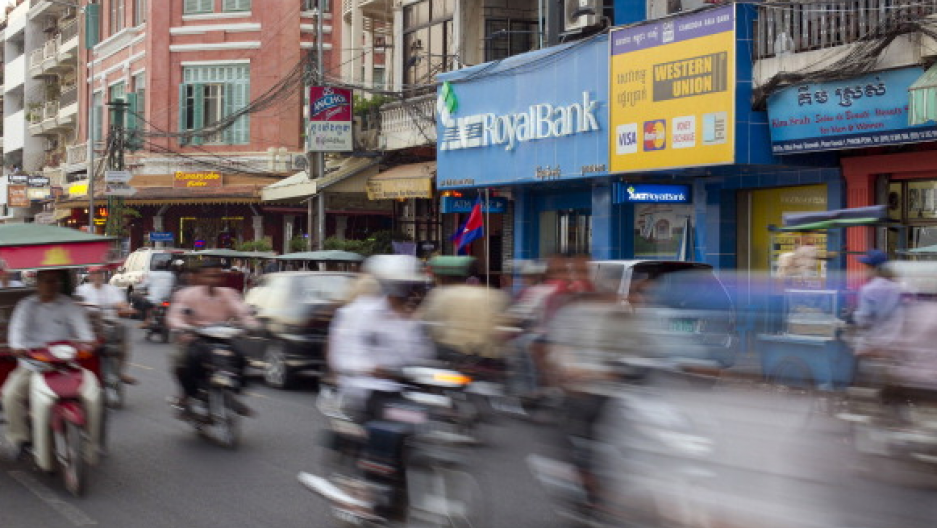 Granted this one cuts both ways. But when you’re in a pickle, you can count on a motodop — what Cambodians call motorbike taxi drivers — to find you what you need, be it someone’s office or a particular kind of mango. These guys (they’re almost all men) know every in and out of the city. Of course, you can also count on them to be waiting for you somewhere you hadn't mentioned going. They just knew you were there.

2. Hammocks are everywhere and, coincidentally, so is nap time 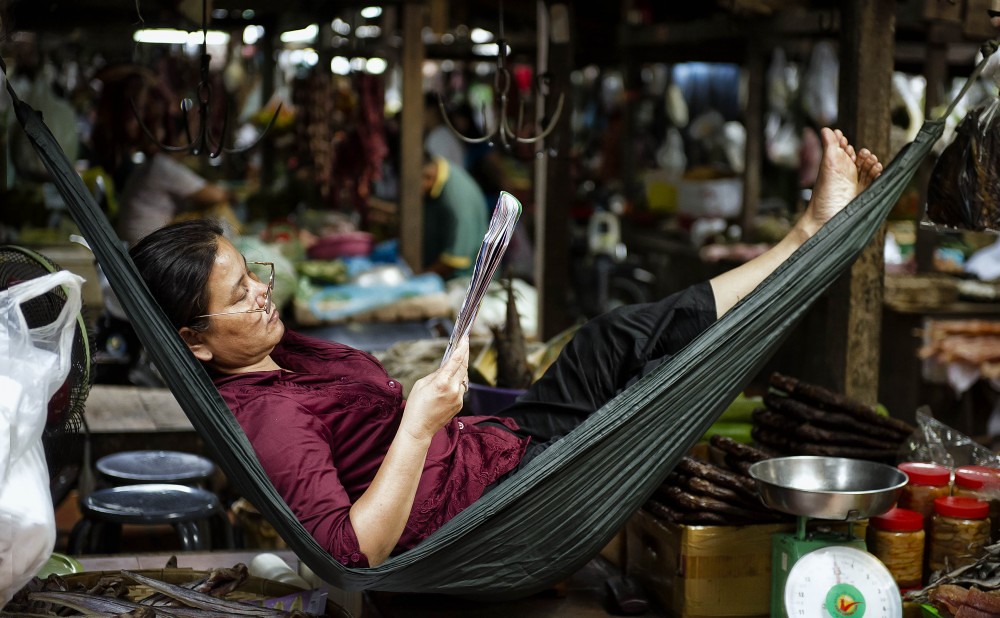 There’s really nothing better than stringing up a hammock between two posts, or a post and a tree, and taking a snooze in the shade. That must be why Cambodians and foreigners alike do it all the time. 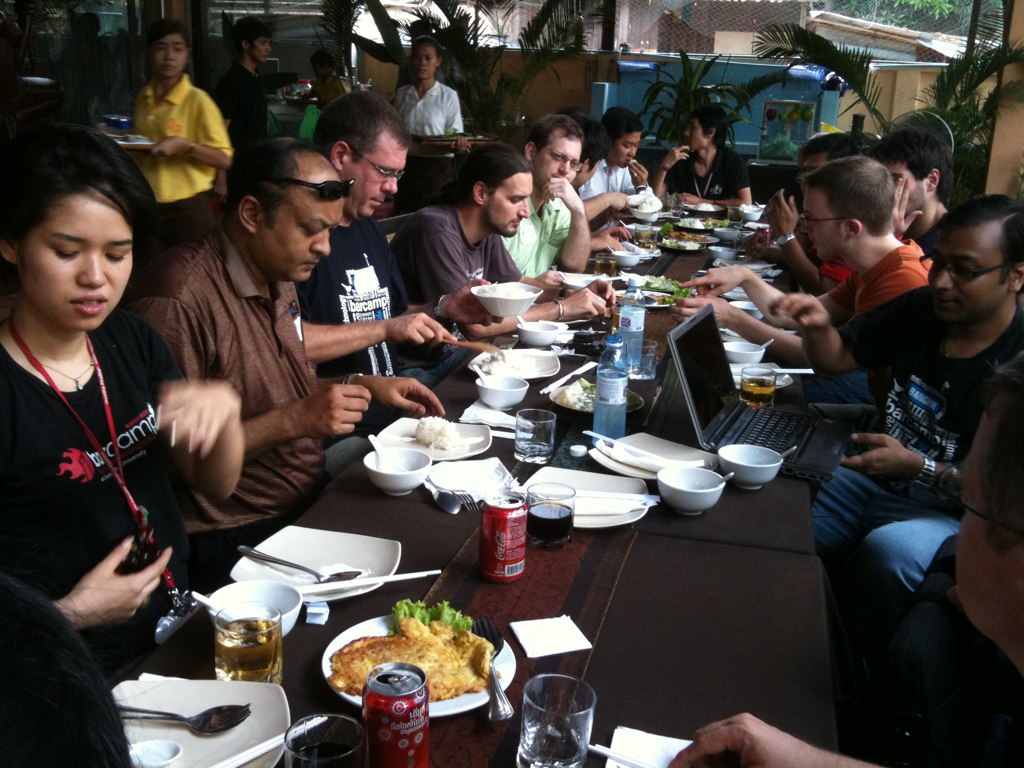 It’s like a mandatory break that really allows you to do something and also eat your lunch. Many people eat and then snooze. Others hit the gym and then eat. And if you’re tempted to work through lunch, well good luck getting any business done. People really take their two hours across the board. Phones will keep ringing, so you might as well not be the one calling.

This really goes for any spa treatment, but perhaps the most pervasive is the massage. You can get a solid one for under $10 if you know where to look.

Cambodia has a ridiculous amount of national holidays. Wikipedia lists 18, though that seems modest. What really makes them special is that there is an unwritten policy allowing folks to take off a couple days before and a couple days after each holiday, just cuz. It’s not uncommon to call someone the week before Khmer New Year in April and find they’re not there because “next week is Khmer New Year.”

6. Monsoons that remind you nature is more powerful than people Another that cuts both ways, but if you have the right shelter to watch a storm. Just. Wow. It will take your breath away. During rainy season, which lasts from May until September, climate change not withstanding, they can be quite predictable. A cloud the size of a continent slides over the sky and the heavens open, it seems, for about an hour or so of violent downpour. Then, due to Cambodia’s intense heat, most of it burns right off afterwards. Unless, of course, it floods. 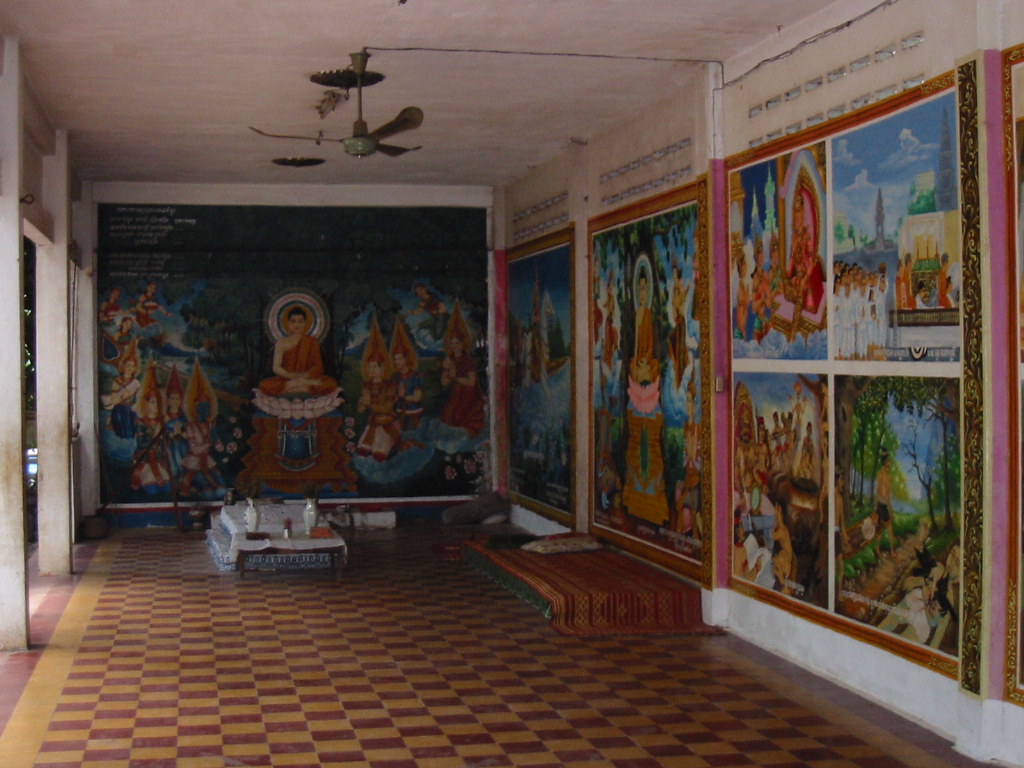 Cambodia is a Buddhist country, and while it doesn’t quite have the veil of holiness that Luang Prabang in Laos does, there are still many Buddhist temples, or wats. Wat Lanka in the center of Phnom Penh offers free meditation once a week and a monk there will happily walk you through the basics and provide you with some free introductory literature.

8. The best iced coffee you'll ever drink comes in a plastic bag for 50 cents 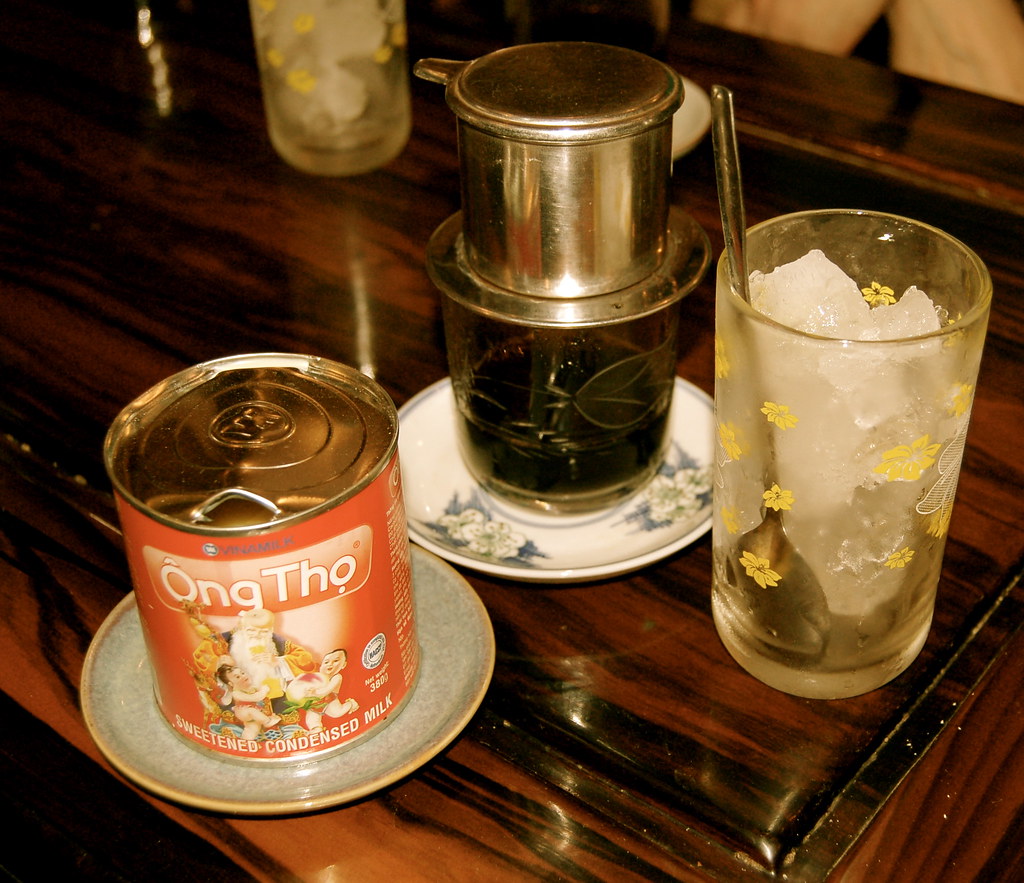 One of the benefits of it being absurdly hot a lot of the time, and water being more precious than it is in the West, is that people have figured out alternative ways to hydrate. Streetside vendors have piles of fresh coconuts and will take a machete to cut you the perfect drinking hole on top for about $1. Yeah, it’s the same stuff that costs $3 in the United States, but you get four times as much.

10. Vann Molyvann’s architecture is still found all over town 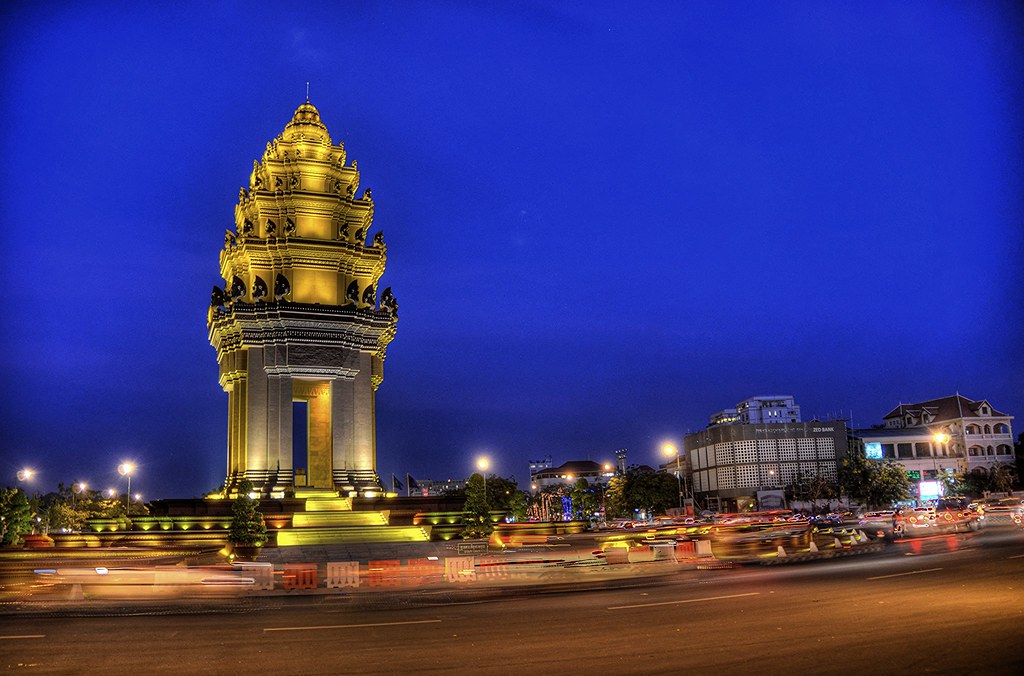 Before Cambodia fell to the Khmer Rouge in the mid-1970s, Phnom Penh had a heyday. It was referred to as the “Pearl of Southeast Asia.” Jackie Kennedy came and so did everyone else. The horrors that followed destroyed a lot of what the capital looked like in the late 1960s, but echoes remain. Vann Molyvann, who was once the country’s chief architect and helped design Phnom Penh’s iconic Independence Monument, is responsible for many buildings around town, some of which are still there. Some have even been restored. His style is called New Khmer architecture, which blends modern elements like reinforced concrete and assertive structures with traditional Khmer attributes like raised floors and fanned roofs.

11. There are spirit houses at every establishment

There is a fair amount of animism mixed in with Buddhism in Cambodia. Perhaps the most alive of the animist traditions is that of the spirit house. Every home and office has a small, house-shaped shrine that sits on a post or rock outside. Cambodians put offerings of fruit and incense inside to appease the gods looking over their homes, families and places of work. 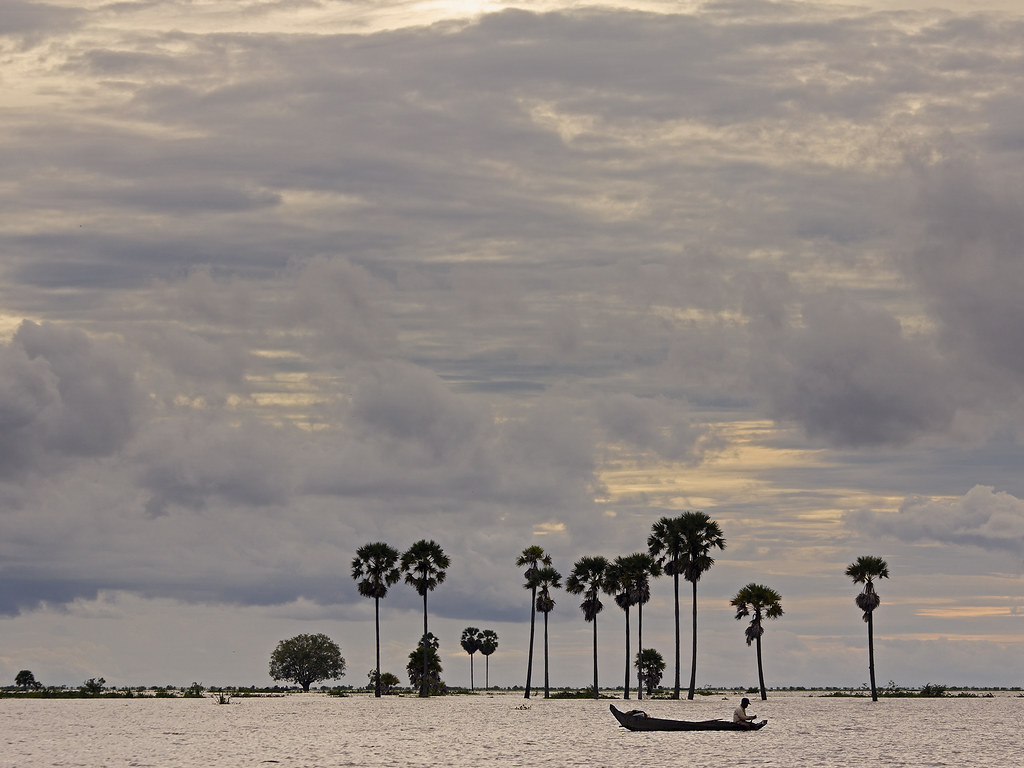 Phnom Penh is built at the confluence of four rivers, which form the focal point of the city. One of these rivers is the Tonle Sap (“tonle” is Khmer for “river”). A lovely way to spend a few hours, particularly at sunset, is hiring a boat and taking a spin, with or without beer.

13. Beer is cheaper than water

Speaking of beer. This isn’t true everywhere and it isn’t true for every beer, but it is definitely true in lots of places for lots of beers. A can of Anchor can go for the equivalent of 50 cents, while a bottle of water will be $1.

14. Plants grow like crazy and they don’t need any help 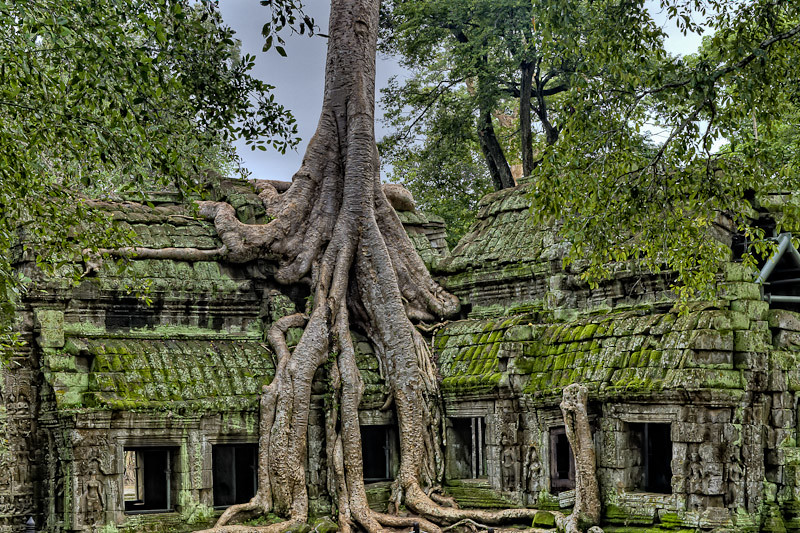 Having trouble growing orchids in New York? Birds of paradise not really thriving in Boston? Your problems are solved in tropical Cambodia. Things grow fast and all over the place. People say it’s harder to kill a plant than keep it alive, which turns out to be true in most cases. 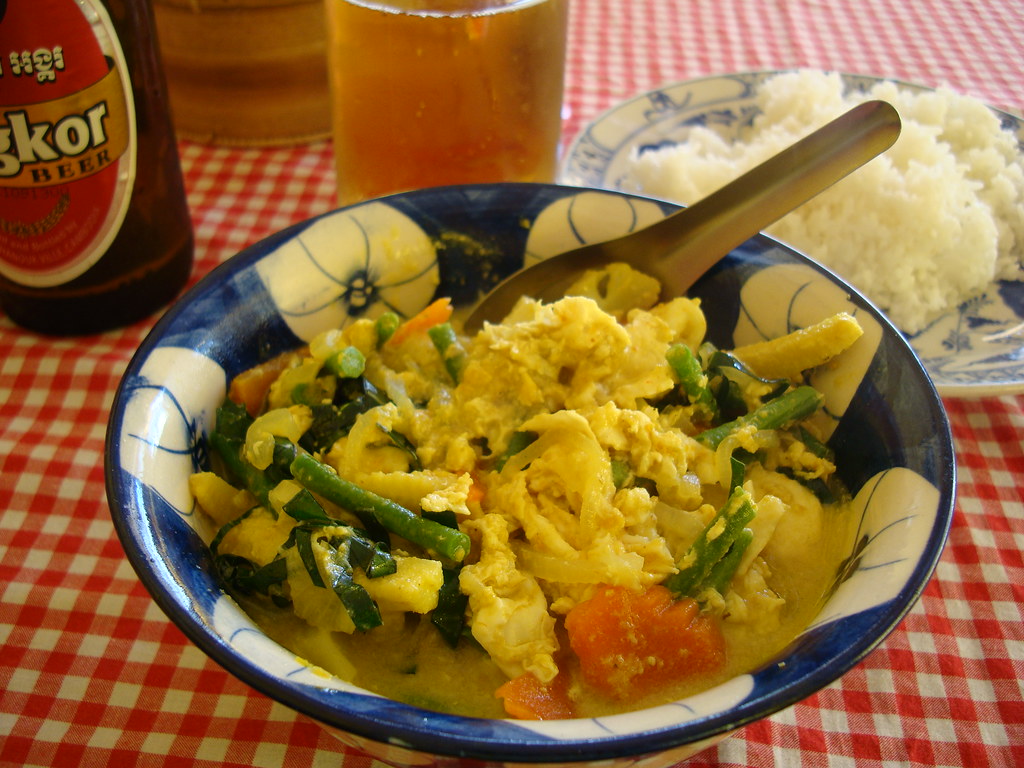 Are you a fan of curry? Then you will LOVE amok. It’s Cambodia’s traditional dish and shares many of its ingredients with a common red curry. But instead of a soup that's boiled like a curry, amok is steamed. And there is a little egg yolk in there to help the curry coat each piece of meat. Traditionally, it is served with a meaty catfish, like the Mekong catfish, though really it’s delicious no matter what you put in there. Also, its presentation is wonderful. It is served in a little bowl made from a folded up banana leaf held together with toothpicks and a dollop of coconut milk topped with a couple strips of shredded chili pepper and/or kaffir lime leaf. Some people include chopped peanuts but purists might get mad at you.

16. Every day is an adventure

Cambodia is developing at a rapid-fire pace, but developing all the same, and like most developing countries, all bets are off. People make do with what’s in front of them. 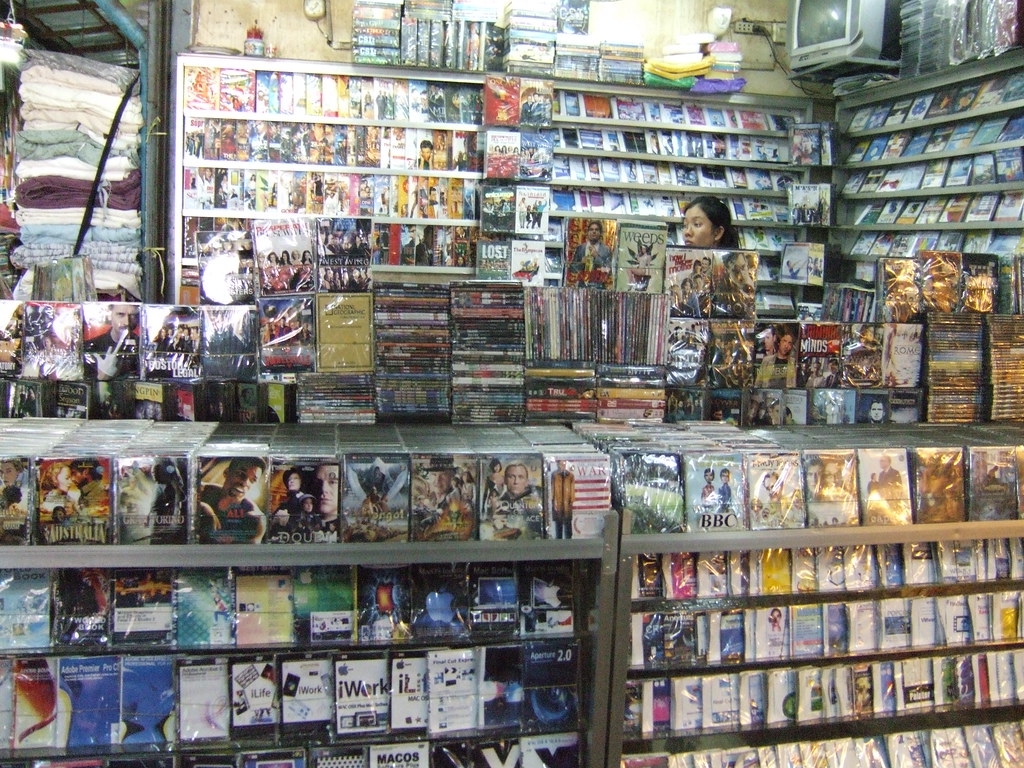 Anti-piracy arguments aside, it’s awesome to be able to get pretty much every movie that has been released in mainstream America (and lot that have been released elsewhere) for $1. 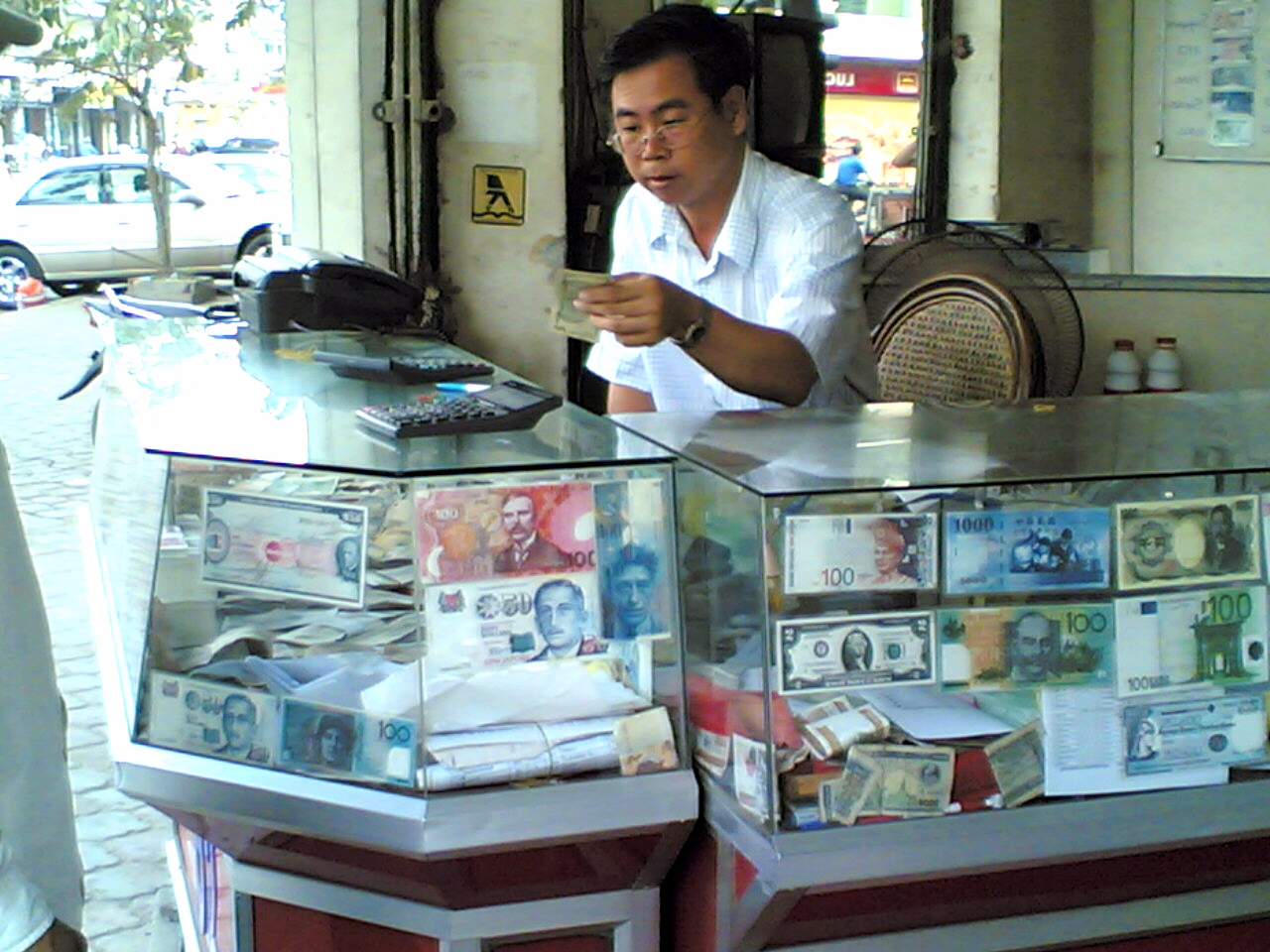 When the UN moved into Cambodia post-civil war in the 1990s, it dollarized the economy, which still holds. That means that the Khmer riel is still used but really only for small purchases. American dollars are the main currency. It’s pretty wild the first time you go to the market and get your change from a small Cambodian grandmother in the form of a bill with George Washington on it. Talk about worlds colliding.

19. Getting out of the city is just as awesome as staying in it 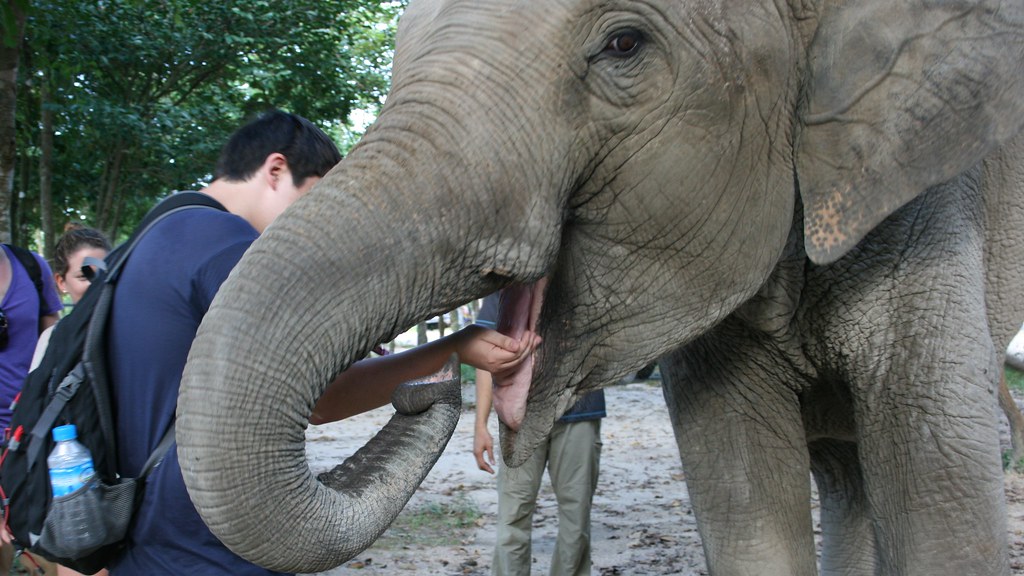 At about a million people, Phnom Penh is hardly the biggest city out there, but still it’s nice to escape every once in a while. There are many accessible day trips that range from the fun to the educational. You might get to ride an elephant at Phnom Thmao Wildlife Sanctuary, or take a tour of the Killing Fields and learn about Cambodia’s sobering history.

20. The night life will surprise you

No matter what you prefer, a casual chat in a beer garden or a dance-your-pants-off evening with Khmer teenagers, there is something for you.

21. You can get big apartments for cheap

This varies from neighborhood to neighborhood. Riverside apartments can get pricey, for sure. But if you’re a little flexible, a couple hundred dollars can buy you a large space in a great neighborhood.