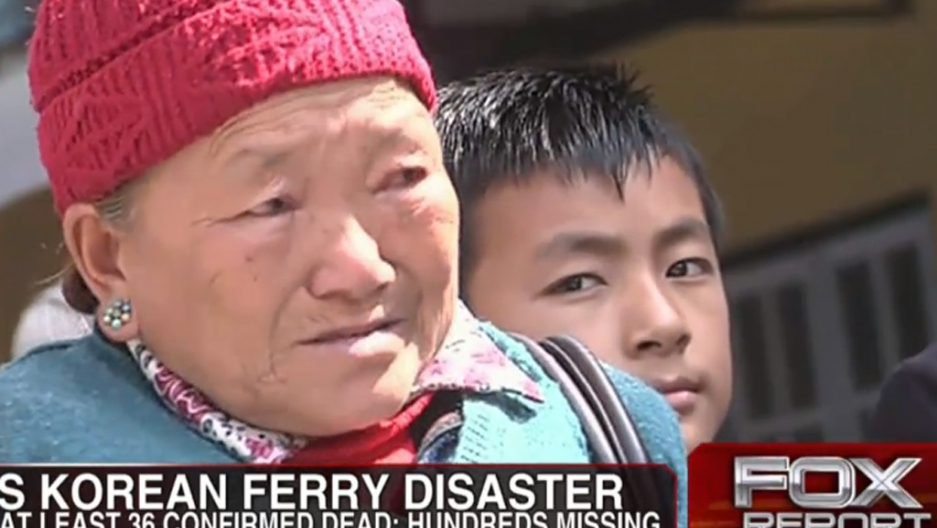 One sad Asian is as good as the next it seems. At least according to Fox News.

In the clip below about the tragic sinking of the Sewol ferry in South Korea, from a few weeks ago, Fox appears to have swapped in footage of random sad Asian people in place of mourning Koreans.

At about minute 1:40, the narrator talks about how relatives of the missing passengers believe there would have been more survivors had people been ordered to evacuate the sinking ship.

The problem? The corresponding footage is not of the mourning relatives, or even Koreans, but rather "people presumably from another region of Asia," according to KoreAm, a blog covering the Korean American experience.

Another blogger suggests the footage is actually of Tibetans crying after the recent avalanche at Mt. Everest.

It's like that scene in "Wag The Dog," when they manufacture war footage. Except it's real life.

Given the scale of the tragedy in Korea, Fox couldn't have possibly been at a loss to find actual mourning Koreans.

The death toll stood at 248 on Sunday after a dozen more bodies were recovered from the sunken ferry.

It's worth noting they're not alone, however. There was the Danish news station that showed an image from Assassin's Creed — the, um, video game — which it apparently mistook for the Damascus skyline last year.

And this one time, when the BBC tried to report on the UN Security Council, it showed the logo from the United Nations Space Command in Microsoft's Halo — which, ya know, doesn't exist.