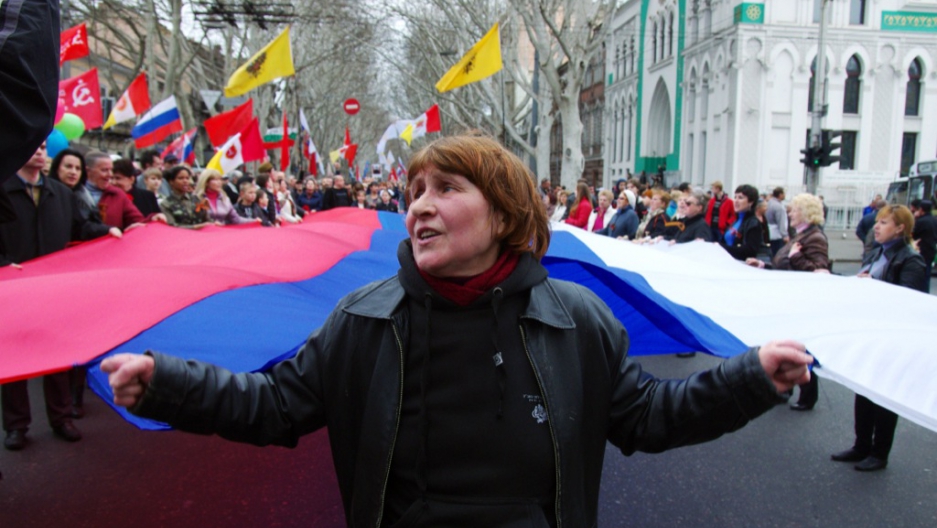 KYIV, Ukraine — More than 30 people died in the port city of Odessa on Friday, most of them from smoke inhalation after a building caught fire amid violent protests. At least three people died earlier in the day during clashes between pro-Ukraine and pro-Russia groups.

At first glance, it might seem unsurprising that pro-Russian passions run through Odessa. A bit like Crimea, the city holds an important place in Russian imperial history, as it was both a major transport hub and a cultural center.

It was also a key point within “New Russia,” the tsarist-era geopolitical term that defined much of present-day southern Ukraine — and a name Russian President Vladimir Putin worryingly resurrected recently in reference to the post-revolutionary crisis in Ukraine.

The picturesque, seaside city was even home to one of the famous uprisings — which began on the battleship “Potemkin,” in 1905 — that helped pave the way for the Bolshevik Revolution years later.

And more recently, it’d been a bastion of support for ousted President Viktor Yanukovych’s Party of Regions, which still holds a dominating majority in the regional council.

But don’t jump to conclusions just yet.

Here are a few figures from a recent poll by the Kyiv International Institute for Sociology that might help dispel some notions about just how pro-Russian — or pro-separatist, in this case — the Odessa Region really is:

Only around 5.5 percent of locals support the armed seizure of administrative buildings.

Meanwhile, 61 percent believe Russia is illegally interfering in Ukraine’s internal affairs, and another 79 percent are against an invasion by Ukraine’s former master.

Finally, less than 6 percent believe Ukraine should be part of Russia.

It’s also telling that the city has largely escaped the widespread chaos or violence between protest factions in recent weeks that’s befallen eastern Ukrainian cities such as Kharkiv and Donetsk.

Follow GlobalPost's live blog for the latest news from Ukraine.