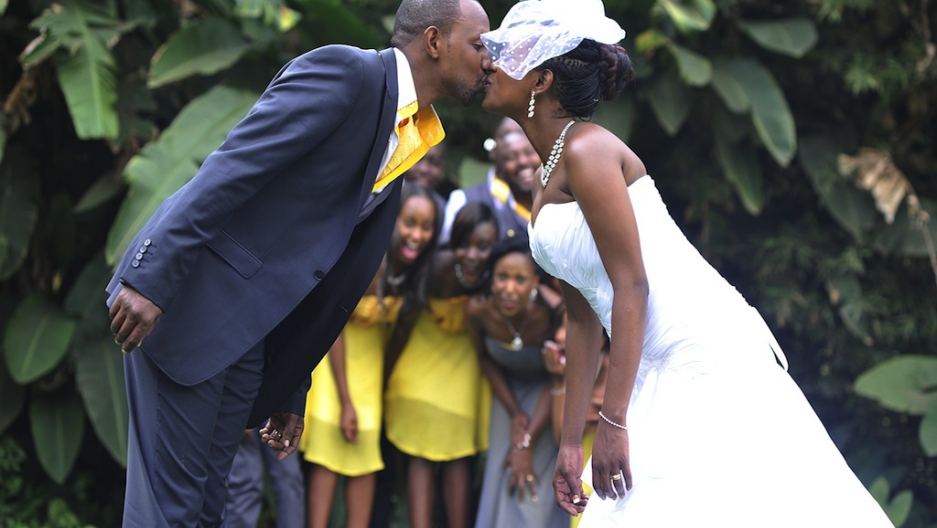 Human rights advocates here and abroad are condemning the law, which grants men the right to marry a second, third or even fourth wife without the previous wives’ permission. Currently, certain traditions allow men to take multiple wives, but only if he first gains their approval. There is no law that allows women to take multiple husbands.

"When you marry an African woman, she must know the second one is on the way, and a third wife... this is Africa," National Assembly member Junet Mohammed said during deliberations by parliament, whose members are 81 percent men.

“Parliament has discovered it has this ability to formulate laws that serve its interest,” said Tom Odhiambo, professor of cultural studies at the University of Nairobi. “Because many (members of parliament) are married to women whose social status and education level is below theirs, they can always go home and say “the Constitution allows me to marry a second wife.”

Just four years ago, human rights groups applauded Kenya after it ratified a new, progressive constitution in 2010. But the country’s legislators have been reluctant to pass laws that conform to that landmark document.

“Article 45(3) of the Constitution states that Parties to a marriage are entitled to equal rights at the time of marriage, during the marriage and at the dissolution of the marriage. There is urgent need to bring those laws and customs in conformity with the constitution,” wrote the Kenya Federation of Women Lawyers (FIDA) in a recent memorandum on the Marriage Act.

After parliament passed the regulation, Kenyans waited for nearly one month to see whether President Kenyatta — who stands accused before the International Criminal Court of committing crimes against humanity during Kenya’s violent 2007-2008 Presidential election — would risk further soiling his human rights image by signing it into law. Christian and Hindu leaders joined human rights advocates in calling on Kenyatta to veto the Act, saying polygamy violates their religious edicts.

In Kenya, marriage has always been legally complex: The 2010 Constitution establishes different rules for different types of marriages — not only common law marriages and “registrar” (courtroom) ones, but also marriage rites for people of different religions including Christians, Muslims and Hindus.

That clause may violate several international human rights treatises to which Kenya is a signatory, according to the Mental Disability Advocacy Center.

What most concerns women’s rights advocates in particular is what the legislation doesn’t include: a provision that would make marital rape illegal.

Kenya’s current Sexual Offences explicitly excludes married women and men from the general protection against forced sex if the perpetrator is their spouse. A domestic violence bill that would change that has stalled in the parliamentary committee for nearly a year.

A recent report found that 27 percent of men here said a husband has the right to get angry with his wife and reprimand her if she refuses sex. Five percent said a man is justified in forcing his wife to have sex.

In Kenya, “Some people deny that marital rape exists, because husbands and wives give their consent to be sexually available to each other when they make their wedding vows,” according to a 2011 briefing on the subject. “Others claim that it is a private and family matter.”

The result is that sexual violence committed by husbands against their wives usually goes unprosecuted and is often unreported.

A 2008-2009 survey found that an alarming 13 percent of wives in Kenya said their husbands had forced them into sex at some point during the previous year. Half of married women who reported being abused said they hadn’t told anyone about it, according to a 2002 survey by FIDA.

“The concept of marital rape is a bit new, and Kenyan society has not generally accepted that term,” said Shiro Mogeni, Senior Program Officer at FIDA. “We need to make a bill to show people, yes, there is marital rape. A woman must say ‘yes’ to accept sex.”

FIDA is trying to drum up support for a domestic violence bill that would allow courts to issue restraining orders and other protections on behalf of abused wives.

But women’s rights leaders are also beginning to focus their attention beyond the physical and social aspects of marriage toward its financial implications.

FIDA has helped draft a Matrimonial Property Bill that would ensure that wives in polygamous marriages retain their own share of their family’s property and other assets when their husbands take a new wife. Currently, the legal burden rests upon the wife to demonstrate that she has a financial stake in the household in order to retain some assets in the event of a separation.

“The problem for women,” says Mogeni, is that “a third party is also impacting on your property. Once a man has a child with another woman, that child is entitled to your property. It’s economical, even more so than social.”

Mogeni says many women don’t know how to lay claim to those assets during a separation and can’t afford to hire an attorney.

At the core of Kenya’s marriage debate is the question of individual rights. Is it a man’s right to take a second wife against the will of his first? Does the first wife retain the right not to share her assets with the second? When a woman exchanges her vows does she give up her right to refuse sex? And if she does refuse and is physically punished for it by her husband, would it be a violation of the couple’s right to privacy for the government to intervene?

In Kenya, the debate over marriage rights is far from over, with several bills pending in parliamentary committee this year.