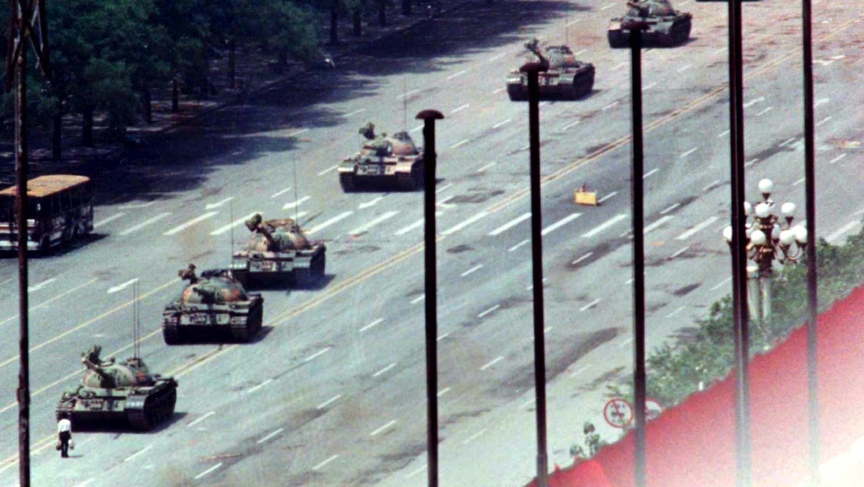 A Beijing citizen stands in front of a row of Chinese tanks on the Avenue of Eternal Peace in this June 5, 1989 file photo during the crushing of the Tiananmen Square uprising.

The violent crackdown by Chinese troops on the student-led protests centered in Beijing's Tiananmen Square in 1989 has come to be known in China by the shorthand, "June 4th." And 25 years later, the topic remains off-limits for open discussion in China.

So you might think that the hundreds of thousands of Chinese students studying here in the United States would see the anniversary as a rare chance to take a closer look at a taboo subject. But very few took the opportunity recently when Saint Joseph's University in Philadelphia held a two-day conference called "Tiananmen at 25."

At the conference, experts, students and members of the public re-visited the events of 1989 in China. One of the highlights was a screening of the documentary film, “Gate of Heavenly Peace.” It details the buildup of the mass protest movement in Beijing that began in mid-April of that year. 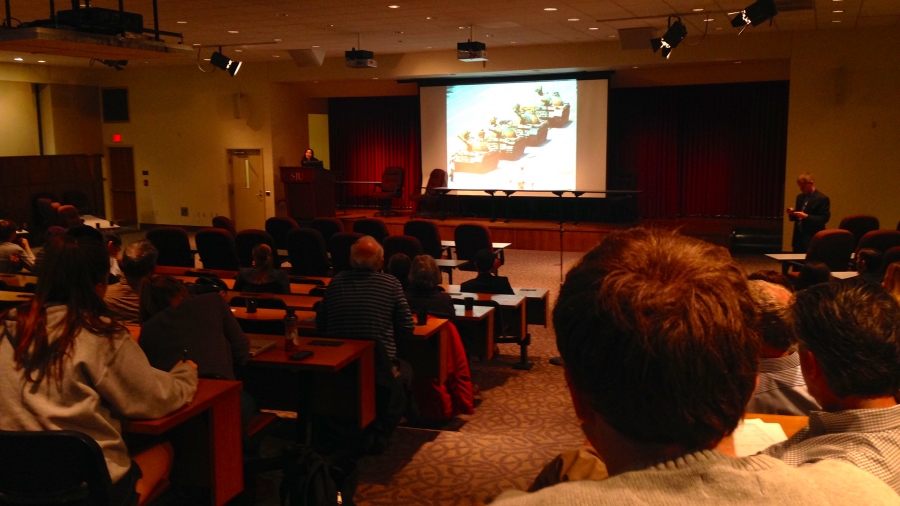 Some of the scenes of violence in the film were hard to watch for one Chinese student in the audience. She agreed to speak provided I agreed not to identify her by name.

“It's quite shocking, because a lot of things [related to the June 4th incident], I don't think I have ever heard of,” she said.

Films like “Gate of Heavenly Peace,” for example, are banned in China. The events of 1989 are not taught in Chinese schools, either. This student told me that a lot of people in China simply prefer to avoid the subject altogether.

One of her relatives might have participated in the protests, she said. But “if the topic ever comes up, he would never talk about it. So, how could I know?”

Only a handful of students from China attended the conference at St. Joseph's University. Patriotism probably has something to do with that, according to the first student I spoke with.

“Chinese people do have a lot of concerns with domestic issues back in China,” she explained. “However, I think Chinese people usually don't talk about bad things in China with outsiders, because it's our own business. We will try to solve it. We don't like others to intrude or intervene about our own business.”

Many Chinese students also want to avoid getting into trouble with the authorities back home. One student at the Tiananmen conference apologized to me, saying he could not speak openly about such a sensitive subject — he was scared of being reported and ending up on a government blacklist. He told me that he wants to do business when he goes back home to China, and he just cannot risk speaking to a foreign reporter about June 4th.

During one discussion, a faculty member in the audience raised her camera to snap a picture just as one of the few Chinese students began to pose a question to an expert on stage. The student threw up his hands in front of his face and said, “No pictures!” When I approached him during a break, he declined to speak with me.

Another young student — who agreed to speak with me as long as I didn't use his name — told me about a Chinese professor he had heard about that tried to organize a similar conference in China about the Tiananmen crackdown. First, the instructor's Chinese university denied him permission. Then, the professor lost his job, along with his passport.

This student said most of his friends back home are not especially interested in learning about the events of 1989. And he thinks that is unfortunate. “People should remember the history, even the history that government is trying to cover [up],” he said.

He thinks the student protest leaders of the 1989 era have something to teach young people in China today. “Their idea was right,” he said. “Maybe their way of doing it was wrong. But first, if you want to make China a better place, make our citizens in China have dignity, you have to do something.”

China's ambassador to the United States, Cui Tiankai, recently visited Harvard University and I asked him about the difficult position that students from China might find themselves in as their country prepares for the negative publicity over the June 4th anniversary.

“I think if you look at the history of the past 25 years, is China stronger, more stable than before? Are Chinese people better off than before? The answer is clear. Yes,” Cui told me.

When I followed up, asking if Chinese students should attend conferences like the one at St. Joseph's, he said, “I trust their own judgment.”

But many students still fear that is not really the case. There is a course at Harvard that looks at the events surrounding the 1989 crackdown. And the instructor, Rowena He, says Chinese students have approached her asking if they can take her class without actually registering officially under their names.

Whether or not they take the course, He says she encourages Chinese students to explore the issue.

She says her Tiananmen course has become more and more popular over time with Chinese students.