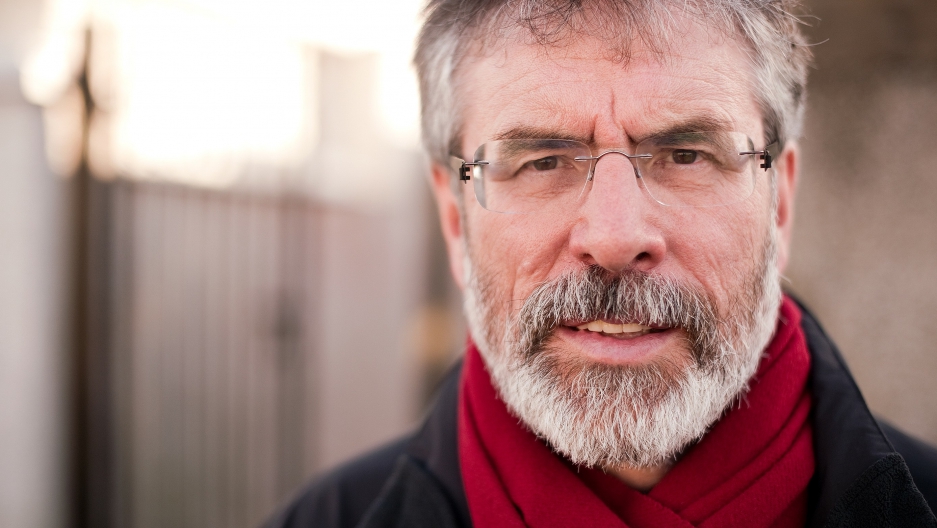 LONDON, UK — Gerry Adams, arguably the world’s most recognizable face of Northern Irish republicanism, was arrested Wednesday night in connection with the 1972 murder of a woman wrongly suspected of informing on the Irish Republican Army. He can be held until Friday without charge under the 2000 Terrorism Act.

Adams has been president of Sinn Fein, the republican movement’s political wing, since 1983. He has always denied being part of the Irish Republican Army, the paramilitary group responsible for a campaign of bombings and murder during the 30-year sectarian conflict known as “the Troubles.”

Allegations have circulated for years about Adams’s links to the IRA and the murder of Jean McConville, a 37-year-old mother of 10 who was kidnapped in front of her children and later shot. However, police are now acting now on information obtained from a series of recorded interviews known as the “Boston Tapes,” a project of Boston College that has spiraled out of the university’s control.

What are the Boston Tapes?

The Boston Tapes are a series of recordings started in 2001 as an oral history of the Northern Irish conflict. Researchers recorded candid interviews with former paramilitaries from both republican and loyalist factions. Participants were told that the tapes wouldn’t be made public until after their deaths.

How did they end up in police hands?

When IRA member Brendan Hughes became the first of the interviewees to die in 2008, it emerged that he had implicated Adams in McConville’s death in his interview. The Northern Ireland police filed a lawsuit against Boston College to obtain the tapes of Hughes’s interview and that of Dolours Price, an IRA member who died last year and also named Adams. After a long court battle, the university was ordered to hand them over.

How can the university reneg on its promise of confidentiality?

The initial contract interviewees were meant to sign stipulated that anonymity would be protected “to the extent American law allows.” That phrase was somehow omitted from the final version, and Boston College authorities have admitted that they never actually checked the contract with lawyers to ensure that their promises of confidentiality were valid.

What’s happened as a result of the tapes’ release?

In March, police arrested former IRA member Ivor Bell in connection with McConville’s murder as a result of information in the tapes. Bell, now 77, denies any involvement. In addition to Bell and Adams, five other people have been detained and questioned.

The remaining tapes are locked away in a vault in Boston College. Many participants have asked for theirs back.

The project's authors are suing Boston College, saying they would never have agreed to conduct the interviews had they known the participants' confidentiality wouldn't be ensured. Researcher Anthony McIntyre — himself a former IRA paramilitary — says the tapes’ fallout has been worse than his 17 years in prison.

“To me, personally, it’s the single most devastating thing that ever happened to me,” he told the Chronicle of Higher Education.

More from GlobalPost: The absurdity of Viktor Yanukovych