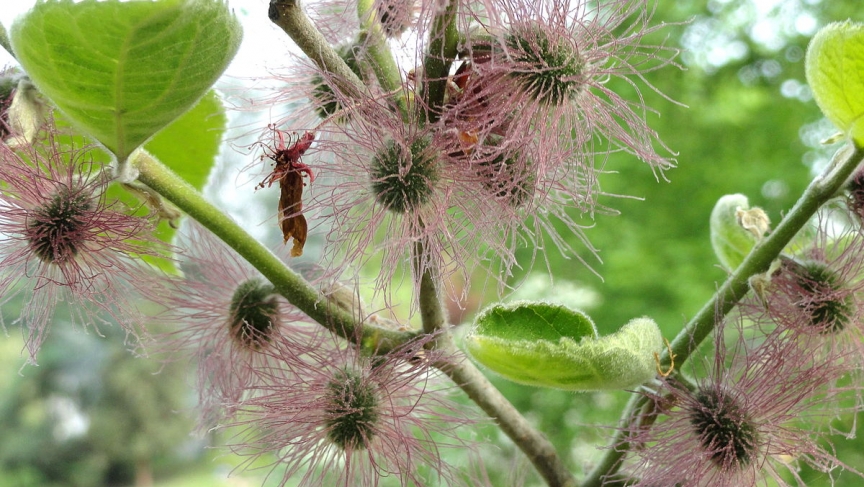 In the 1960s, the city planners of Islamabad planted paper mulberry trees in an effort to green the city. It worked. But those same planners didn't realize their choice of tree would turn their city into the allergy capital of the world.

Not bad here in Boston, thanks to the rain. But if you suffer from spring allergies, be grateful you're not in Islamabad.

Pakistan's capital is known this time of year as the allergy capital of the world.

In the US, it is considered bad when the pollen count reaches 9,000 particles per cubic meter. In Islamabad, the count can surpass 50,000.

Now, all this caught our attention when we saw a tweet by reporter Bina Shah.

Islamabad's pollen is so strong, no antihistamine has any effect on it. They should rename it Kryptonite.

Shah normally lives in another city far south of the capital. But she just came back from a trip to Islamabad. And while it started well, It didn't end well.

She says when you travel to the city, you first notice the beautiful green trees and flowers and the incredible fresh air. "And then an hour or so later, you're like, 'Oh, my God.'"

Shah says you can actually see the pollen in the air — it's a very fine, dusty mist visible all day.

It wasn't always that way. City planners actually brought the problem to the city.

In the 1960s, they imported the paper mulberry tree. The planners wanted to green the city up. They succeeded in that effort.

The paper mulberry tree took to the climate and went wild. There are now hundreds of thousands of trees throughout the city. The one problem planners didn't anticipate, or even know at the time, was that the trees release high levels of pollen each spring.

Shah says you can't really compare the problem to other places in the world. She's stood in a wheat field in Iowa before, but it didn't take her out the way the mulberry trees took her out in Islamabad.

She came back from the city with a sinus infection. She still has it. You can hear the lingering effects of it in her voice in the accompanying interview.

She had to go on antibiotics to treat it. Everything else she tried failed. "I was taking antihistamines," she says. "I was taking nasal spray. I was doing nasal washes, rinses. You name it. It didn't help."

How do the locals cope with allergy season?

Shah says strong antihistamines to start. But many people are forced to leave the capital city entirely when the pollen gets too terrible to breathe. These are folks with asthma, or chest problems like chronic bronchitis. The pollen levels force hospital visits.

For an allergy sufferer like Shah, it made it hard to breathe.

"It felt like my head was going to explode."