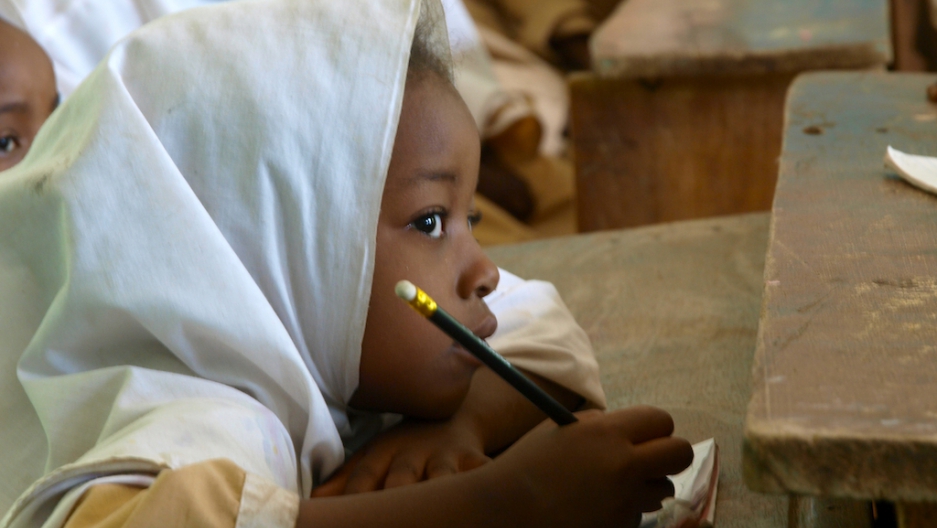 UPDATE: Eight more girls were abducted from a village in northeastern Nigeria by suspected Boko Haram gunmen on May 6, according to police and residents.

On April 14, 234 girls between 16 and 18 years old were stolen from a school in Chibok, a small town in Borno state in northeastern Nigeria. They have not been rescued, and for a long time the case received little media attention, but as weeks drag on with no progress it’s gradually becoming the subject of international concern. Here’s what you need to know.

The girls were kidnapped during a physics test.

Schools in Borno state closed on March 18 because of security concerns. Boko Haram, the militant group that has been terrorizing northeast Nigeria for the past five years, opposes Western education — its name means “Western education is forbidden” — and has killed hundreds of students by attacking and burning schools. They still haven’t reopened, but these girls were brought back to take a physics test.

They were kidnapped by terrorist group Boko Haram, which opposes Western education.

The group only publicly claimed responsibility on May 5, with leader Abubakar Shekau saying, "I abducted your girls. I will sell them in the market, by Allah."

"Allah has instructed me to sell them," Shekau says in a video message, chuckling. "They are his property and I will carry out his instructions."

Last week, a Borno state community leader told the Associated Press that a member of a presidential committee that arranged a ceasefire with Boko Haram last year had received a message from the militant group asking for ransom.

Boko Haram, an Islamic extremist group, has been clashing with Nigerian forces for five years, trying to establish an Islamic state in the country’s northeast. Amnesty International reports that 1,500 people died in the insurgency this year, and hundreds of thousands have been displaced.

Two girls have died, and 30 to 50 have escaped, but most are still missing.

The anonymous community leader says that according to Boko Haram’s message, two girls have died from snakebite. A few dozen (the exact numbers being reported vary) also managed to escape through sheer bravery and luck, running away or jumping off the backs of trucks.

First the Nigerian government understated the number of children abducted, claiming that 129 girls were missing when parents and school officials counted 234. Then the military claimed it had rescued most of the girls, only to backtrack and say it hadn’t rescued any. A federal senator from the region says he has been keeping the military updated almost daily on Boko Haram’s movements with the girls, but so far there has been no response.

The AP reports that the girls’ families and neighbors suspect this inaction is a punishment for not supporting Nigerian President Goodluck Jonathan. Jonathan comes from the predominantly Christian southern part of Nigeria, whereas Borno state is in the Muslim northeast, where local politicians oppose Jonathan’s People’s Democratic Party.

Without military support, parents have been reduced to searching for the girls themselves.

They pooled savings to buy fuel for their motorbikes and went out — armed only with knives and machetes — to patrol militant-controlled forests where the military wouldn’t go. But they’ve come back empty-handed.

Now there are rumors that girls are being forcibly married to their kidnappers.

There’s no proof of these claims, but Halite Aliyu of the Borno-Yobe People's Forum told the Associated Press that villagers on the Nigeria/Cameroon border say that the girls are being taken to Cameroon and Chad and paid the equivalent of $12 to marry Boko Haram militants.

It’s not clear what the government will do, if anything.

Jonathan did convene an emergency security council meeting last week, after which Kayode Fayemi, governer of the southern Ekiti state, told press that “the military assured us that they are working on it.” Well. That ought to be solved any minute, then.