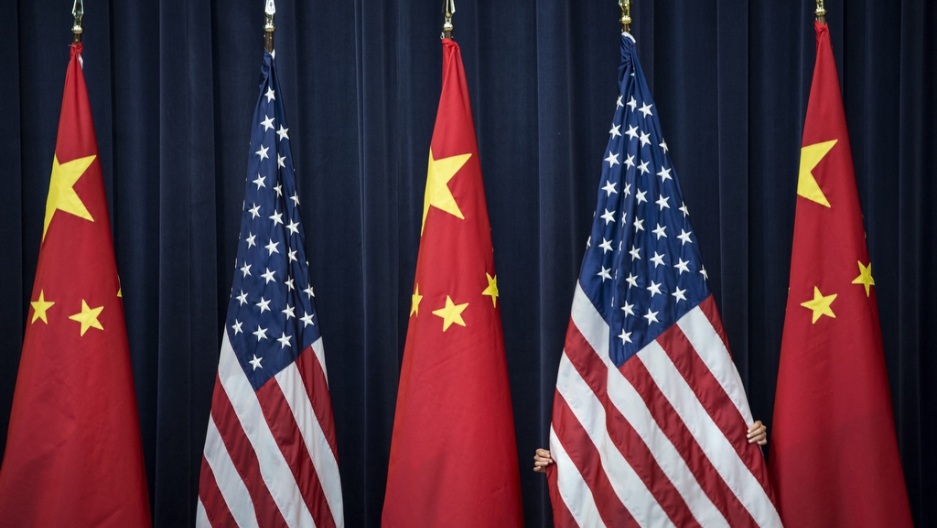 Will China surpass the US as the world's biggest economy this year? That depends on what measure you are looking at.
Share

Is China about to leapfrog the United States to become the world's biggest economy? That's what all the headlines this week would have you believe.

What caught the media's attention was this figure buried on page 81 of the 92-page report: China was 87 percent of the size of the United States in 2011, compared with 43 percent in 2005 when the study was last conducted.

The big increase was partly due to a change in methodology and also the fact that China's economy has been growing at a faster pace.

Various reports predicted the Asian powerhouse would overtake America as the world's No. 1 economy in purchasing power terms as early as this year — much sooner than many had expected.

What some reports failed to mention, or underplayed, is that PPP is only one way to measure the size of an economy — and it's not 100 percent accurate. The IPC admitted that its own data had a margin of error of 15 percent.

But let's back up a bit. What is PPP?

PPP seeks to show what money can buy in different countries.

When this benchmark is used to compare the size of economies, developing countries tend to do well because costs are much lower than in the developed world.

"As costs are much higher in the industrialized world, especially for nontraded goods, comparisons of GDP by PPP exchange rates tend to boost the relative size of poorer nations’ economies. In essence, money goes further in the developing world."

So the fact that China's purchasing power is hard on the heels of the United States doesn't tell the whole story. Even China has rejected the findings of the ICP survey, expressing reservations about the methodology.

"It does bring home the sheer size of the Chinese economy, in the services and goods and that people in China are producing," said Mark Williams, an economist for London-based Capital Economics.

"Where it falls short is that it doesn't really tell us about China's economic standing relative to the rest of the world.

"When it comes to China's purchasing power abroad, we need to look at the figures adjusted for market exchange rates."

Comparing countries by the size of their economies is always problematic whatever measure you use. Figures can be skewed by exchange rates and even the very definition of GDP. But it's useful to look at what other economic measures are telling us, even with their own particular shortcomings. And based on all those other indicators, China doesn't look quite so hot.

Here are some examples:

The value of the US economy in 2012 was more than $16 trillion, almost double the size of China's, according to the World Bank.

ICP data on a per capita basis

The ICP's own data, on a per capita basis, shows China is still a very poor country — it ranks 99th. The United States sits in the 12th spot, reflecting its higher productivity and relative wealth.

The Legatum Prosperity Index, which looks at income and wellbeing, ranked the United States 11th in 2013. China was way down the list at 51.