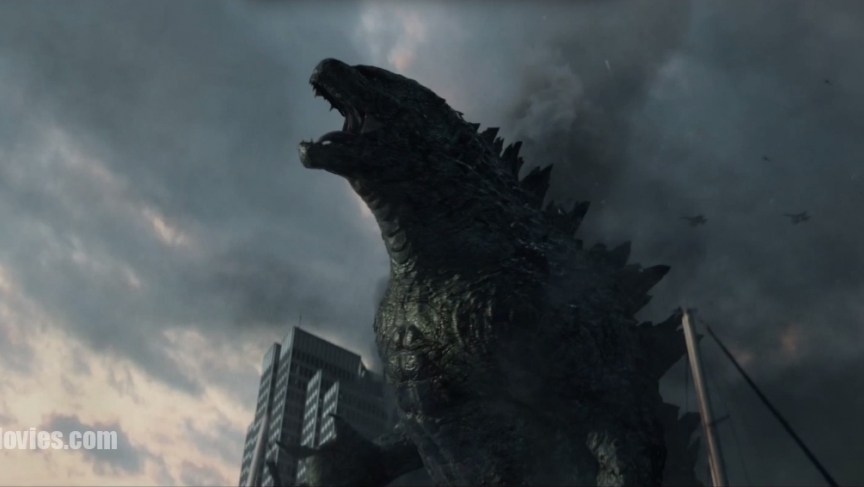 The new Godzilla movie represents a shift in what humanity fears most.

When Godzilla first hit box offices in the 1950s, it was a clear metaphor for the danger and destruction of nuclear weapons — an expression of what World War II wrought on Japan.

But over the next 30 to 40 years, Godzilla morphed — more about Cold War politics in one film, terrorism the next, and in the latest film, starring Bryan Cranston of Breaking Bad fame, it plays off climate change and pollution.

Vice compiled trailers from various films and lined them up, along with the key themes of each film. It seems Godzilla is a powerful vessel for the fears of our time.

Rio's hopes of rebuilding its slums have stalled

Rio de Janeiro's favelas were first erected on steep and beautiful hillsides by the poor and, until recently, were virtually off-limits to law enforcement and government officials. Drug dealers fought over them and tried to control them.

But with Brazil hosting the World Cup this summer and the 2016 Olympics, the government undertook a massive effort to convert the favelas into respectable (or at least less crime-ridden) communities. Some researchers have even studied the favelas as smart solutions to the problem of urban housing, according to The Guardian, which also found that the aims of renewal have fallen far short of the hopes.

Which came first, the chicken or the human?

Humans have had an enormous impact on the environment — from high-rises to dams, roadways to pollution, mining to mass agriculture. But human appetite has also altered living things, often dramatically.

Take the chicken and the chili pepper. Both are almost unrecognizable today from their original forms. PRI's Science Friday interviewed a team of researchers that is using biology, archaeology and even linguistics to pinpoint just how and when those changes occurred.

“I gave Ahmed’s wife all of my money. I entrusted [her] with it, as well as with my life.”

The Al-Monitor website recounts a recent journey from Aleppo to nearby Turkey. Before the war, it would have been a simple trip, less than an hour. But as Syria's war rages on, it's a perilous journey over 500 kilometers, more than 300 miles, through regime and rebel-controlled territory. The trip requires a different cover for each group that the travelling party meets.

If this whale explodes — wait, what?

A small town in Canada is dealing with a smelly, ticking time bomb. A dead blue whale washed ashore in the town, where decompostion and rotting have led the whale to bloat to incredible size. PRI's The World talked to one woman who lives in the town and says residents are concerned, and not just because of the smell.

It turns out the whale may be carrying diseases that can be spread merely by touching the carcass. And if that's not bad enough, there's a risk the whale will become so bloated that it actually explodes.

moving message - #Jan25. Page out of the newly released "Walls of Freedom: Street Art of the Egyptian Revolution" pic.twitter.com/9Ayw4C2uFY

Metro Vancouver is preparing for a beautiful week of sunny skies and temperatures that would make just about anyone jealous. The city is expecting temperatures to range from 20 to 27 degrees Celsius, or between 68 and 80 degrees Farenheit, according to The Province.