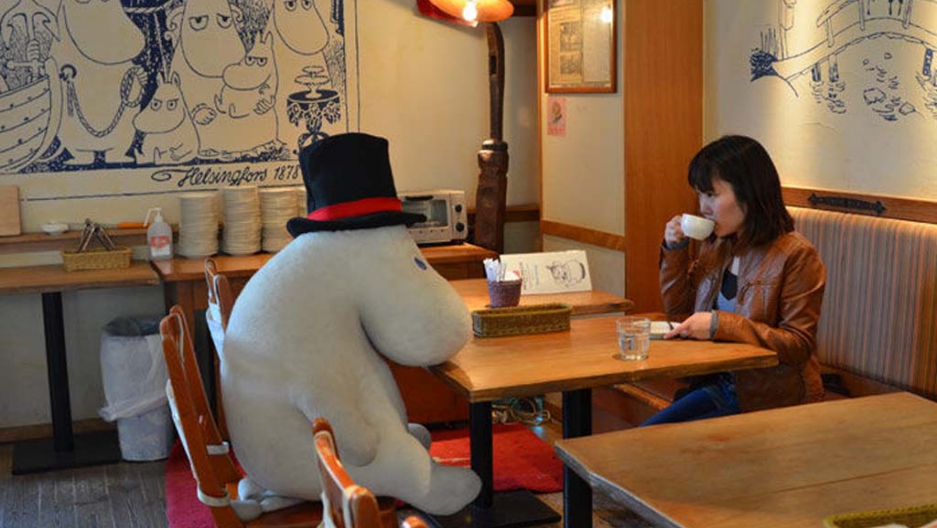 This is part creepy, part cute.

A Tokyo restaurant apparently feels so sorry for customers eating alone that it's now offering to pair them up with a giant stuffed animal to keep them company.

One Twitter user documented her recent visit to the Moomin Cafe, writing that a waitress approached her shortly after sitting down and asked if she didn't mind someone "joining her."

"That somebody turned out to be the laconic "Snork Maiden," the galpal of Moomin's character Moomintroll, who the server brought out and placed in a chair. "The waitress had such a big smile on her face, I couldn't say no," the Twitter user told RocketNews24. "But it was also so cute!"

It sounds a little awkward. But patrons seem to love it.

The wide-eyed stuffed animals are all charaters from a Swedish-Finnish book and cartoon about a family of creatures known as the Moomins.

Each Moomin Cafe location's decor, food and even drinks are inspired by the cartoon.

This white hippopatamus-like creature is the main Moomin character.

But you can also be seated with these fine chaps: