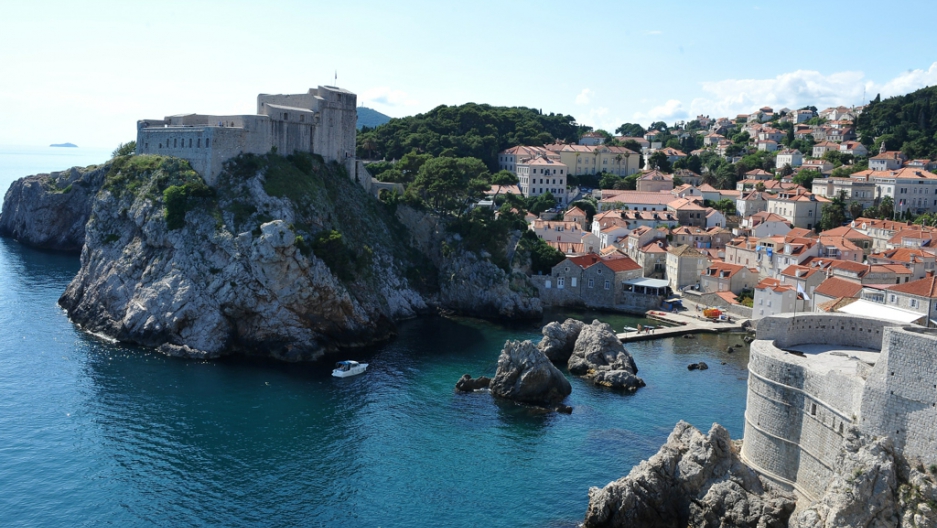 Medieval defense walls surrounding the historical city of Dubrovnik, one of the most southern tourist destinations on Croatia's Adriatic coast, are seen on June 6, 2013. Dubrovnik city walls have become a scenographic set for one of best rated US TV series "Game Of Thrones."
Credit: ELVIS BARUKCIC
Share

Not much in "Game of Thrones" could be described as “true to life.” King Joffrey, for instance? IRL, actually a pretty sweet guy. And the Khaleesi definitely ain’t a natural blonde. (Oh yeah, and to the best of our knowledge she hasn’t fire-hatched any dragons, either.)

Say what you will about the vaguely insane plot and ever more inventive ways of killing off characters, though, there’s one element of the show that’s surprisingly real: the locations. It turns out it takes less post-production tinkering than you’d expect to turn our world into the lands of Ice and Fire.

Whether it’s the steep crags of Winterfell or the stone palaces of King’s Landing, the scorched slave port of Astapor or the frozen whiteness beyond the Wall, the show’s most dramatic landscapes really do exist — in five countries and on two continents.

Hold on to your dragons, it’s time for a tour. 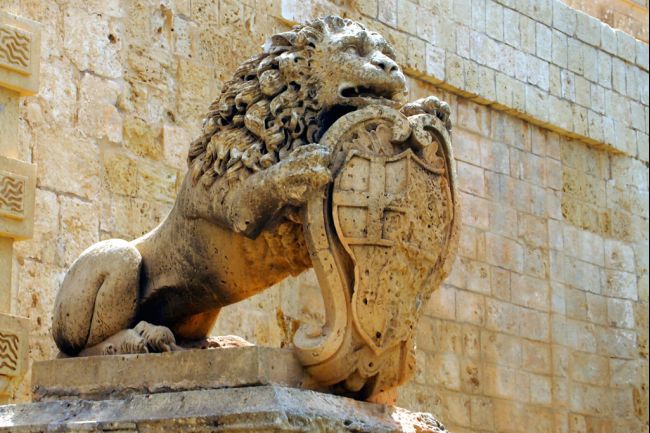 Malta’s stone city of Mdina, with its aptly lion-topped gate, was the original King’s Landing. San Anton Palace, the Maltese president’s residence, stood in for the Red Keep, where kings are murdered and brothers and sisters get way, way too close. Other island fortresses, notably Fort St. Angelo, Fort Ricasoli and Fort Manoel, provided the backdrop for other scenes in and around Westeros’ ruling city. 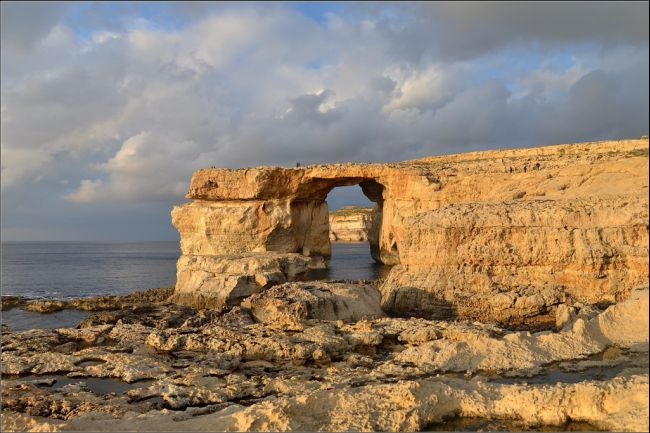 Daenerys Targaryen and her ill-fated brother Viserys, meanwhile, were supposed to be across the Narrow Sea in Pentos but in fact filmed their early scenes on another corner of the island. One of Malta’s most spectacular natural monuments, the limestone archway known as the Azure Window, loomed over Daenerys’ wedding to beefy horseman Khal Drogo. Maltese officials would later complain that the shoot damaged the protected habitat, which may have been one of the reasons why the GoT crew packed up and found a different location for the following seasons. 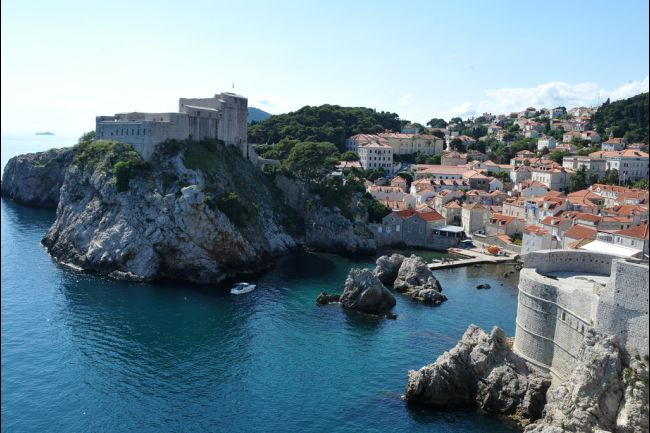 If King’s Landing suddenly acquired a lot more red tile roofs between seasons 1 and 2, it’s because it moved to Croatia’s walled city of Dubrovnik. Unlike Mdina, which is inland, Dubrovnik perches right on the coast — fairly important if your boy king’s deranged uncle is going to attack there by sea. 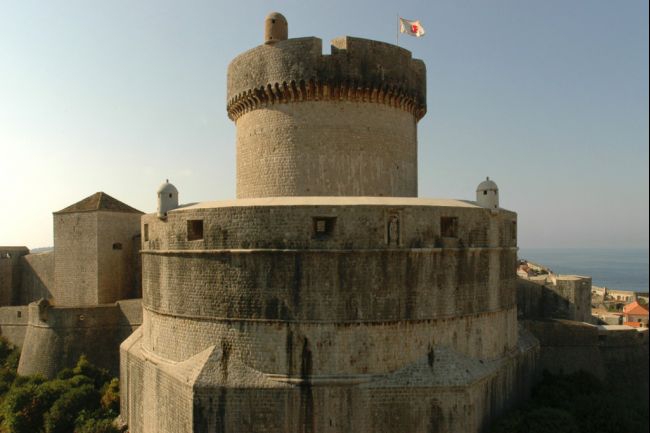 Daenerys, by now widowed and mother to three dragons, hopped over to the idyllic island of Lokrum, opposite Dubrovnik, where the crew created much of the creepy city of Qarth. The House of The Undying, the site of the season finale, was the mainland’s real-life Minceta Tower. The palace gardens where Sansa has taken to moping in season 4, meanwhile, are the lush grounds of the Trsteno Arboretum, just up the coast from Dubrovnik. 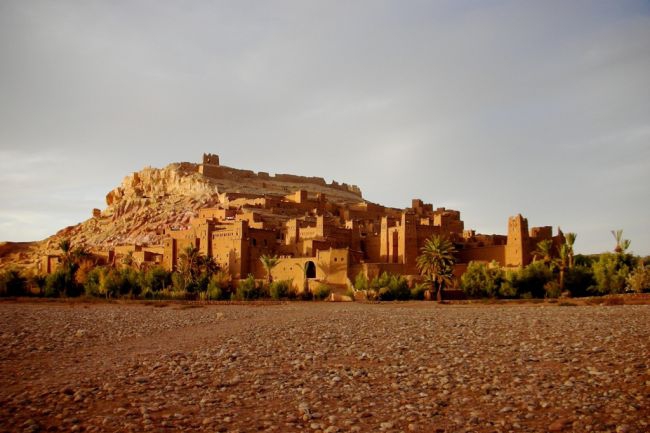 The third season ventured to North Africa as the Khaleesi went on her travels in search of an army and those ever elusive ships. Producers selected two of Morocco’s most unique landscapes, Ait Benhaddou and Essaouira, to represent the fictional cities of Yunkai and Astapor respectively. Both are UNESCO World Heritage Sites, Ait Benhaddou for its red citadel on the foothills of the Atlas mountains, and Essaouira for its stone sea walls topped by bronze cannon. Ait Benhaddou has the added bonus of a nearby studio in the city of Ouarzazate, so popular is the area with directors (Laurence of Arabia, The Last Temptation of Christ, Alexander and Gladiator are among the many movies filmed there). 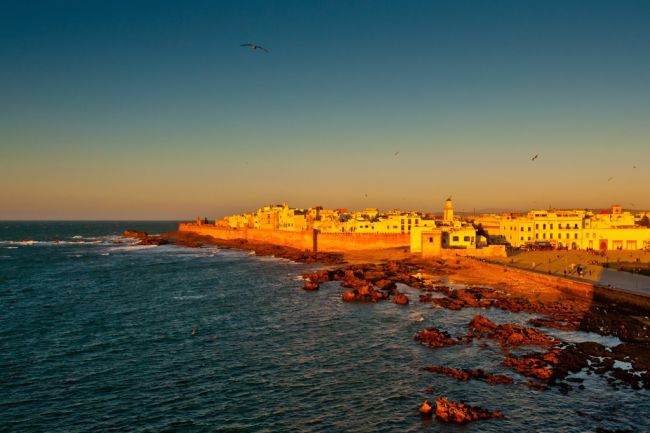 It’s Essaouira’s turn as slave-trading Astapor, however, that remains most memorable to me at least, for reasons that anyone who’s seen the season 3 finale will immediately understand.

Iceland: Beyond the Wall 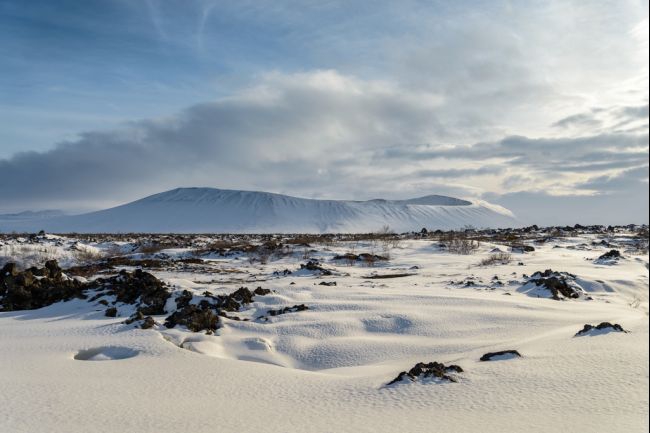 On the shores of Lake Mývatn (Juergen Adolph/Flickr Commons).

If Morocco’s red plains bring the fire to ‘Game of Thrones,’ Iceland brings, er, the ice. The show’s makers quite logically headed north to shoot the part of the story that unfolds at the northernmost tip of Westeros, preferring Iceland’s otherworldly landscapes to anything CGI could produce. Vatnajökull National Park and the Svínafellsjökull glacier, both in the southwest, were picked for season 2, while most of season 3’s ultra-Wall action was filmed on and around frozen Lake Mývatn further north, littered with clumps of black lava from the active volcanos that dot the region. 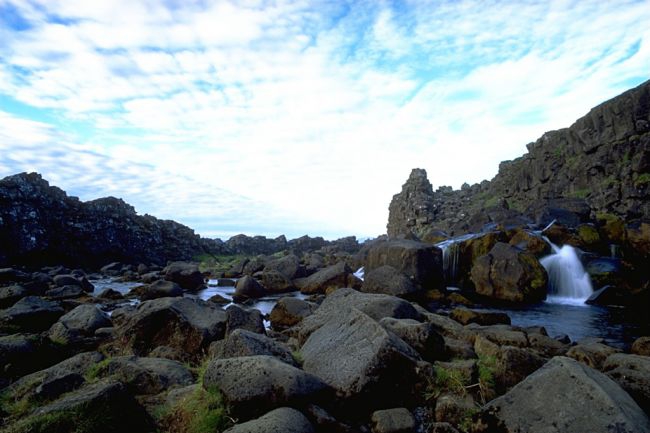 Season 4 moved on to Thingvellir National Park, a protected area of exceptional natural beauty and another UNESCO World Heritage site. Aptly enough for the Wildlings and their proto-democracy (sort of), Thingvellir's plains are where Iceland’s parliament was first founded and continued to assemble, under the open sky, for almost nine centuries. 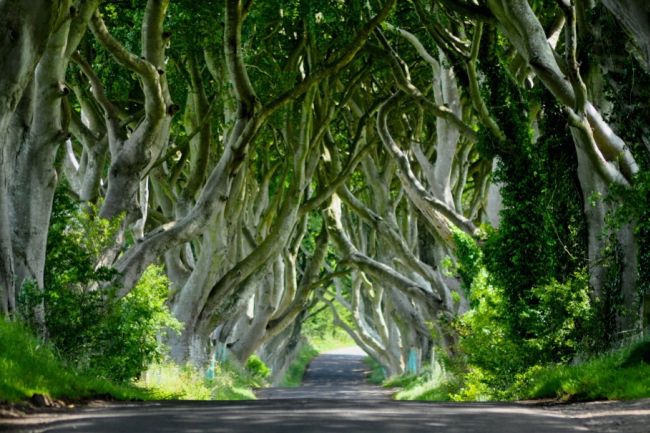 Northern Ireland is to "Game of Thrones" what New Zealand was to "Lord of the Rings." No other country has provided so many locations for the show, from the towers of Winterfell (Castle Ward) to the shore of the Iron Islands (Ballintoy Harbour), the rocky beach where the sorceress Melisandre gives birth (Cushendun Caves) to the interlacing beech trees of Kings Road (the Dark Hedges of Armoy). If you’re watching a scene set anywhere near woods, chances are it was filmed in Tollymore Forest. Entering or exiting Castle Black? That’ll be the vast outdoor set constructed in the disused limestone quarry of Magheramorne. And the number of interiors shot at the Paint Hall studio in Belfast — where the shipyard that built the Titanic has been turned into one of the biggest studio complexes in Europe — are too many to mention. 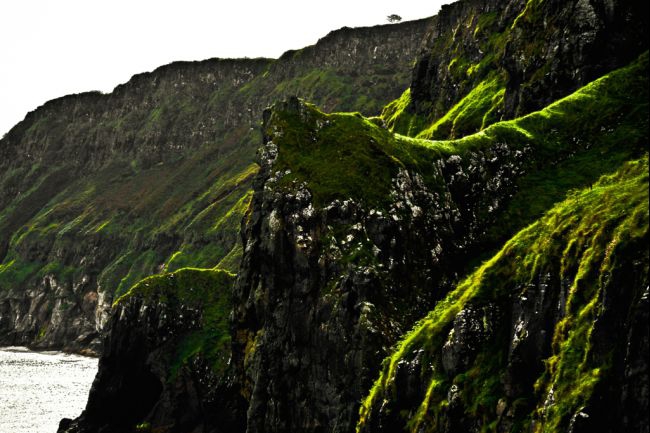 So keen are the regional authorities to keep the crew filming there, in fact, that Northern Ireland’s national screen agency, economic development body and the European Regional Development Fund have between them stumped up the equivalent of $15.5 million in grants to the show’s makers. In return, the Northern Irish government estimates that the productions has boosted the region’s struggling economy by some $109 million — not least by attracting globetrotting GoT fans to themed tours of filming locations and nerd-fest exhibitions of official memorabilia. Don't tell anyone, but we sort of want to go.